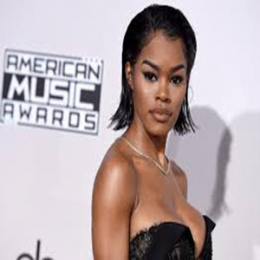 Teyana Taylor is one of the most creative and talented personalities in Hollywood who made a name for herself on singing, dancing and acting. The versatile artist is particularly well known for her reality Tv show "Teyana and Iman".

The American singer-songwriter Teyana Taylor is living a married life with NBA player Iman Shumpert. The couple is married for over two years.

The singer started dating her now-husband Iman Shumpert from 2014. After dating for a year, the pair got engaged in November 2015 and finally on October 1, 2016, they tied in the knot in a secretive ceremony. 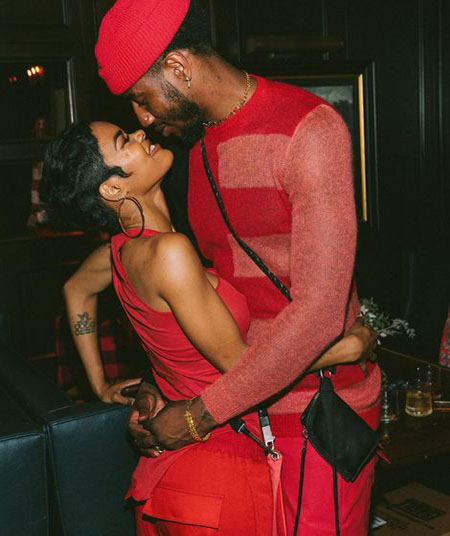 Teyana later provided details of the wedding. She revealed that it was no fancy event and they exchanged vows in their apartment dressed in leather jackets.

I don’t know who’s more of a mood @babyjunie4 trolling the paps or @imanshumpert Holdin my wig cause ah bish got hot! what would I do without these two?!!! They aggyyyyyyy Lmfao UPDATE: this nig is holding the brush too to make sure the shit still laid, it’s so much going on in this pic if ya husband don’t hold ya wig while u tryna be great at the beach throw him away lmao

Teyana went into early labor, so Iman, her then-fiance carried out the delivery with his bare hands in their home.

Teyana Taylor and her beau founded a mech for their baby girl, Iman Tayla Shumpert Jr which was available for sale in December 2017. Tayla has an official Instagram account "Babyjunie4".

Teyana's daughter prefers to play basketball with her parents in the meantime. She is referred to as Junie and has amassed a fanbase with 420,000 followers on her self-titled account. This celebrity kid is a goddaughter of R&B singer Monica.

Teyana Taylor is currently living a blissful married life; however, she had a colorful past experience. She dated celebrities such as Colin Kaepernick, Brandon Jennings, Soulja Boy, Aubrey Graham, and Daniel Gibson.

In September 2016, before Teyana married Iman, rumors started circulating that her then-fiance Iman cheated on her with multiple women.

Teyana moreover was quick to squash the rumor. She revealed the world that the rumor was false.

How Much Is Teyana Taylor's Net Worth?

Teyana Taylor is a singer/songwriter, dancer, rap artist, model, and actress. So, it would not be surprising if she made a fortune in a short time.

Teyana Taylor is a talented singer, who garnered her net-worth $3 million primarily from sales of her albums. Her album Cruel Summer sold around 389,000 copies, and she earned $400,000 from those sales.

Similarly, her album VII sold 24,000 copies, and she earned $30,000 from the sales. Further, she performed two tracks on Kanye West's album My Dark Twisted Fantasy.

Teyana Taylor is an Actress

Teyana is an actress who has worked in many film and TV series. On average, an actor in the USA earns $19.2 thousand -$171 thousand per year. Along with movies and TV series, she also stars in the VH1 reality TV show Teyana and Iman with her husband, Iman. She earns $30,000-$60,000 per episode from the show.

Teyana Taylor is a Model

Teyana also worked as a model and walked the runways during Fashion Week. She furthermore has graced many magazines also.

In addition to that, she appears in many music videos as well.  She appeared in the music video of Jay-Z's single Blue Magic.

Teyana Taylor is a Social Media star as well

Teyana also has a strong following on social media as well. Her Instagram account has over 9 million followers. She earns $18,185-$30,308 per promotional posts on her Instagram.

So honored to stand alongside & celebrate #worldpride screaming loud and wearing proud with my MAC Family & my bug @babyjunie4 💕 To the whole LGBTQ community you know my love run endless for you. I stand with you, I love you #MACLOVESPRIDE #MACAMBASSADOR Polaroids by @jeremykoststudio & 📸: Jordan Murph

Teyana is a Wife of a Millionaire

Teyana spouse, Iman Shumpert, is a basketball payer, rapper and reality Tv star and holds an overall net-worth of $14 million. In 2019, he is acquired by Houston Rockets and has an annual salary of $9 million. 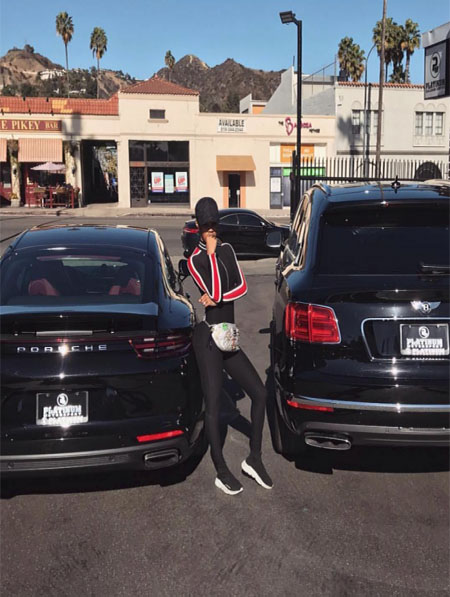 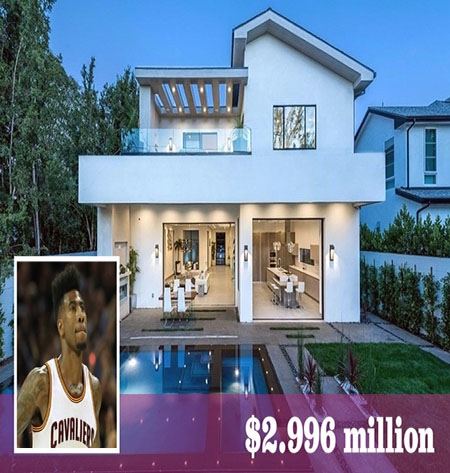 The house located in a 5,700 sq -foot area and contains a home theatre, Backyard with a modern Fountain Feature, an outdoor kitchen, and a swimming pool and spa 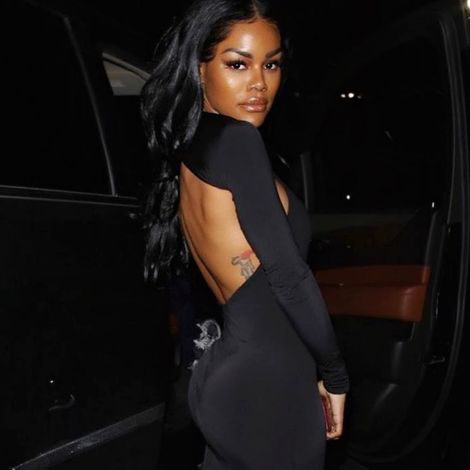 Some Interesting Facts of Teyana Taylor

The singer and Iman started dating from 2014. After dating for a year, the pair got engaged in November 2015.

Iman Junie Tayla Shumpert Jr was born at home. She was born out of wedlock.