22 Years American Rapper G Herbo Shares A Baby With His Partner Ariana Fletcher; His Girlfriend Accused Him Of Cheating 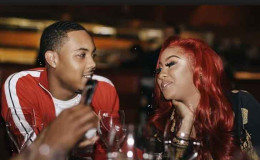 G Herbo and his fiance Ariana Fletcher were planning to get married in 2018. Ariana Fletcher made a recent Instagram post stating that she broke up with her fiancee. Repeated cheating might be the reason behind their break up. They have a son together born in April 2018.

"Relationships are about trust. If you have to play detective, then it's time to move on!"

Herbert Wright III, widely known by his stage name G Herbo and his fiance Ariana Fletcher who were planning to get married later in 2018 are no more going forward with the plans. Fletcher's recent Instagram post made every one stunned when she mentioned that she's single all again.

The couple who welcomed a baby boy back in April 2018 has now a separate life to move on. Wanna know the reason behind their not so amicable type of break up? Let's get the details.

G Herbo and his fiance Ariana Fletcher who were expecting to get married later in 2018 will no more be exchanging vows.

Also See: Is Fox News' Andrea Tantaros planning to get Married to Boyfriend Dave Navarro? The Couple is Dating since 2015

Fletcher recently made a shocking revelation via an Instagram post announcing that she's single from this point onward. Though she erased the post soon after uploading the image, The Shade Room was so quick to save the image. 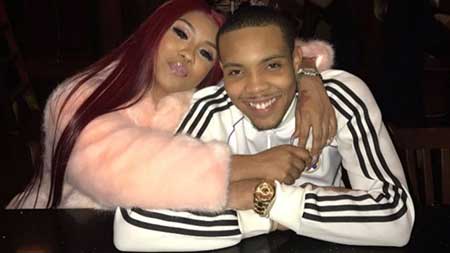 G Herbo and Ariana Fletcher are no more together.
Source: Blackaphillyated.

"I'm only addressing this because you weak ass hoes f***ing folks and I'm not gone lie it's embarrassing because y'all so weak so I don't want y'all thinking y'all f***ing my n****," she said, ending her note with a caveat, "F**k at your own risk!"

Well, the words above definitely say that she's no more romantically tied to G Herbo. Though the baby mother didn't mention the actual reason behind her move, various reliable sources reported that she dumped him for cheating her all again.

Rumors about Herbo's cheating involving many women repeatedly made headlines in media. However, it seems that Fletcher has no way to forgive her former fiancee.

G Herbo was with his girlfriend Ariana Fletcher since 2014. She is the owner of a business called Kyche Extensions.

Get To Know More: English Comedian Jack Whitehall Dating Someone After Rift With Longtime Girlfriend- Who Is She?

She announced via Instagram that she is pregnant with Herbo's child on 19 November 2017. The father-to-be was so excited about the news that he gifted her a black Range Rover.

Sources reported that the couple was rumored to be engaged earlier in 2018. 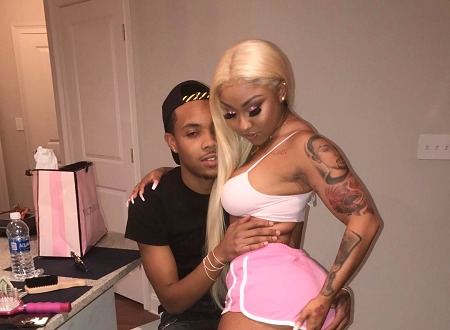 Just before the baby shower, Herbo was taken into custody by Chicago PD along with two of his friends. They were arrested during an evening traffic stop in Chicago's Southern Loop for illegally possessing a loaded firearm.

His bail was reportedly set at $25,000 and he was finally released from jail on 1st March 2018. Fletcher proudly shared the happy news with fans posting the video of the two kissing. The video captioned,

They welcomed an adorable baby boy named Yosohn in April 2018. The 22-year-old rapper's Instagram is filled with images and videos of his child.

I GET ON XTRA GRIND!

The couple was expected to tie the knot soon by the end of 2018 but everything seems to be over.

For now, there's no sign of reconciliation between the two. Still, let's see what goes in the end.

As of Herbo is dating step-daughter of Emily Bustamante, Tania Williams.

& if loving you is a crime tell me why I bring out the best in you ? ?? #happyvalentinesday

The couple annouced their relationship on New Year's Day (Jan. 1 2019).

Lil Herb and the fellow rapper Lil Bibby first came into prominence with the song entitled "Kill Shit" on YouTube. They became widely famous when Canadian rapper Drake called them "the future".

He released his first mixtape "Welcome to Fazoland" on 17 February 2014. It was the same year he collaborated with Nicki Minaj on "Chiraq". He performed with Common and Chance The Rapper on "Fight or Flight".

In April 2015, he made a guest appearance on Chief Keef's "Faneto (Remix)" along with Lil Bibby and King Louie. With the second mixtape named Pistol P Project released in December 2014, he came up with the third one in August 2015 Ballin Like I'm Kobe.

He collaborated with New York rapper Joey Bada$$ in a single called "Lord Knows in November 2015.

Some of his recent releases include I Like, Everything, and 4 Minutes of Hell, Pt. 5.

In 2018, he released Swervo in collaboration with the record producer Southside. 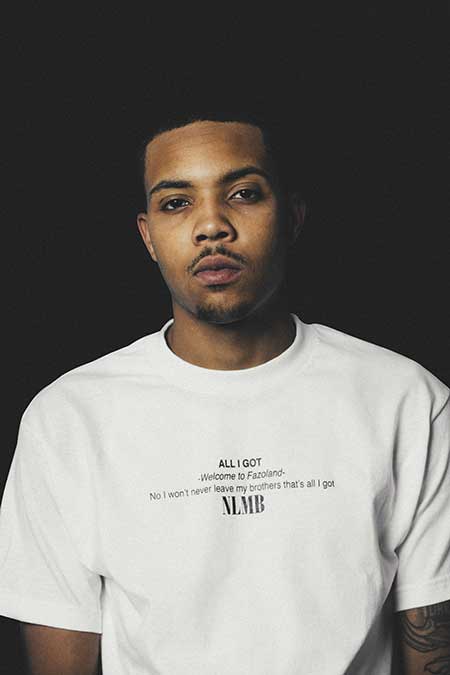