Home Article Amatus Sami-Karim Married to Oscar-Winning Husband Mahershala Ali; Do they have any Children? How did they first met?

Amatus Sami-Karim Married to Oscar-Winning Husband Mahershala Ali; Do they have any Children? How did they first met? 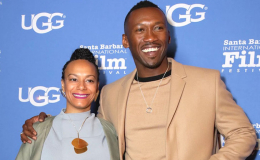 The couple who share similar passion tends to be in for the long haul. The fortunate are those who bump into such person and end up marrying. Amatus Sami-Karim certainly belongs to this category who knew she found her soulmate the moment she first laid her eyes on him.

Amatus Sami-Karim is living a happily married life with Academy Award-winning actor Mahershala Ali.  Let's get into more details of this adorable relationship.

Talented artist, Amatus and her then-boyfriend Mahershala become college sweetheart and continued their romance after graduation as well. Many times, college romances do not end on happy endings because of differing careers, relocations, or emotional detachment. However, Amatus and her beau have a different story and their love grew even more with time.

Amatus and the Academy award-winning actor dated for over a decade and finally made a lifelong commitment to one another. Further, the couple tied the knot in 2013.

In 2014, Mahershal talked to ELLE magazine about his wife Amatus and stated the following:

“She and I have known each other for a long time [about] 17 years. So, at this point, she’s seen a big shift in things, but at the same time, she’ll ground me real quick if I start feeling myself a little too much. She’s very real, like, seriously.”

The couple is together for over two decades now, but the bond between them is only getting stronger. Moreover, the couple is not involved in any scandals or cheating rumors.

Amatus Sami-Karim and her Husband Mahershala are living a Happily Married; Are they Parents as well?

Amatus and her partner Mahershala are proud parents of a daughter, Bari Najma, who was born in 2017. She was born four days before he won Oscar for Best Supporting Actor for movie Moonlight.

#MahershalaAli of #Moonlight: "It's not about you. it's about these characters." #Oscars pic.twitter.com/WWmxPR8EGx

The star along with other cast members such as Jharrel Jerome and Naomie Harris also won the Academy Award for Best Picture in 2017  snubbing fan-favorite La La Land that starred A-List actors Ryan Gosling, Emma Stone and John legend.

He gave a shoutout to his wife after winning the Oscars and said:

"Lastly, I want to thank my wife, who was in her third trimester during the awards season, We just had a daughter four days ago."

History repeated itself in 2019 as Ali again won the Oscar in the category of Best Supporting Actor for movie Green Book. The film that featured actors Viggo Mortensen and Linda Cardellini won Best Picture award as well.

Mahershala talked about fatherhood and his daughter at the Red Carpet event of the Academy. He told:

"It’s good. It’s been amazing, She wears me out and puts me in my place in her way, but I love her and that’s my heart. She’s absolutely grounding and it’s just beautiful.”

Unlike some celebrities like Kerry Washington and her husband Nnamdi Asomugha who are strict about their children' privacy and do not reveal their children face, Amantus and her spouse Mahershala are open to sharing pictures of their daughter. The couple regularly posts a sweet picture of their daughter on their respective social media accounts.

Amatus and her husband are surely enjoying parenthood to the most and is maintaining an adorable family life. You ask, how the couple is managing a happy life among all the glitz and glamour and hectic work schedule.

The secret to their healthy relationship is the constant support for one another professionally and helping grow one another. Amatus joins him in the movie events and attends the awards ceremony with him. Similarly, he also takes time off from his work schedule so she can work in her artistic project.

We hope the couple continue to maintain this solid relationship and became an ideal for other celebrity couples. 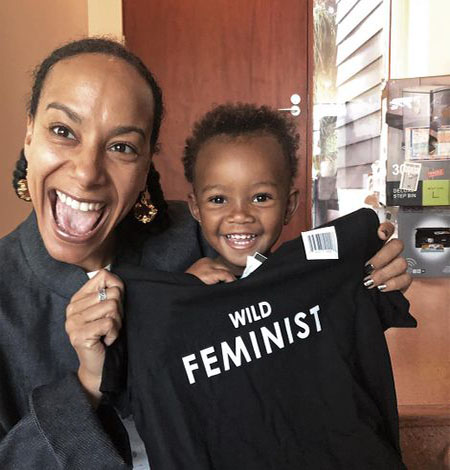