Home Article American Actor Joshua Peck Is In a Marital Relationship With Paige O'Brien For About a Year: Giving Serious Relationship Goals

American Actor Joshua Peck Is In a Marital Relationship With Paige O'Brien For About a Year: Giving Serious Relationship Goals 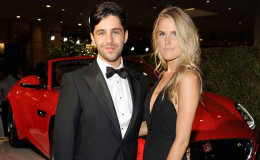 American actor Josh Peck is living a happy married life with wife Paige O'Brien. They are soon to celebrate one year anniversary.

If you guys are the fan of Nickelodeon's Drake & Josh, you definitely won't miss American heartthrob Josh Peck. The star who has been making us laugh with his comic role is living a wonderful conjugal life with his wife Paige O'Brien since June 2017.

Most importantly, the couple who married after years of dating is ready to celebrate the very first year of their beautiful marriage. Let's get the details below:

The 31-year-old former child actor Joshua Peck and his wife Paige O'Brien are just a month away from celebrating their first marriage anniversary. No doubt the two are desperately waiting and planning something amazing for the big day!

Peck and Brien who had been dating for longtime announced their engagement back in March 2016. They were enjoying a vacation in Paris when he popped the question with an elegant diamond ring. 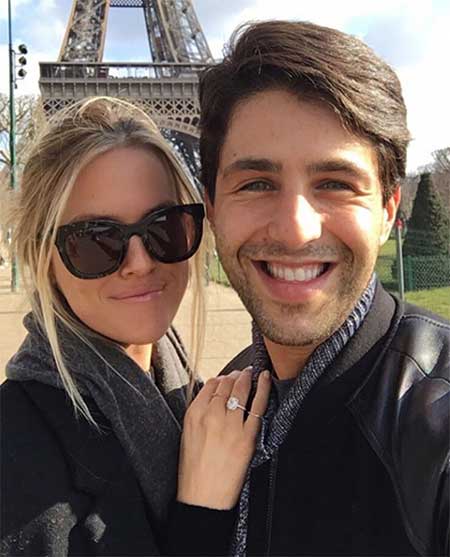 Nearly a year later, the longtime pair tied the knot in a sweet ceremony in Malibu, California in June 2017. Their close friends and family members attended the event including a few celebrity guests like John Stamos and his girlfriend Caitlin McHugh. Stamos and Peck worked together in the 2015 FOX sitcom Grandfathered.

The gorgeous bride looked lovely in a cream-colored strapless gown with a sweetheart neckline while the groom looked dapper in a black tuxedo. 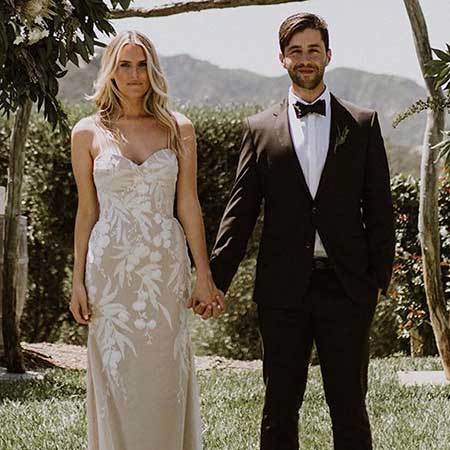 Josh Peck and Paige O'Brien on their wedding
Source: Popsugar

It's almost been a year and two and the couple never miss a single chance to adore their romantic relationship on social media.

We’re both suckers for good lighting

Besides his love for Brien, he also loves kids a lot. Looking at some of his Instagram posts below, we can simply guess his love for little kids.

Here you can see two little twins Layla Golfieri and Emelia Golfieri who made their TV debut in Fox's comedy, Grandfathered is posing with Peck.

I might just be their television father but it doesn’t change the fact that I don’t want them to grow up/learn to drive/go on dates and or move away.

Well, every single fan of the star is waiting to see him being a father in real life!

He started his career as a child artist in the 1990s and early 2000s. He became fan favorite for his role on The Amanda Show until its run in 2002.

3 days alone on vacation and she still likes me. Thank you, Tequila.

He received critical acclamation from his fans for portraying roles in Spun, Mean Creek, The Wackness, ATM, Ice Age: The Meltdown, and Red Dawn.

He revised his performance as Eddie in Ice Age: Dawn of the Dinosaurs in 2009 alongside Ray Romano, John Leguizamo, Denis Leary, and Queen Latifah.

In 2015, he played a lead role in the comedy series, Grandfathered with John Stamos, Paget Brewster, and Christina Milian.

In 2017, he started his own comedic YouTube channel Shua Vlogs featuring his wife Paige O'Brien and David Dobrik. 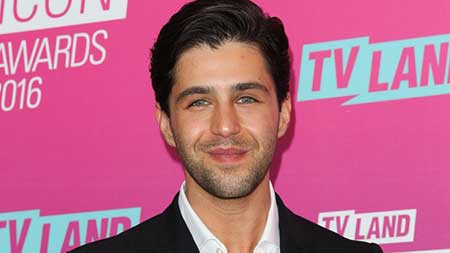