Home Article Dancing with the Stars' pros Jenna Johnson and Val Chmerkovskiy Who Started Out as Colleagues, Ended Up as a Happily Married Couple; Know Details About Their Relationship

Dancing with the Stars' pros Jenna Johnson and Val Chmerkovskiy Who Started Out as Colleagues, Ended Up as a Happily Married Couple; Know Details About Their Relationship 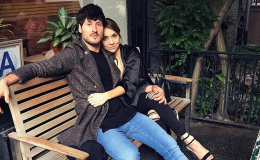 Every individual wishes their love-story to be like in movies. Well, it may be hard for normal people, but not for those who are already in the entertainment industry.

Similar is the case of Dancing with the Stars' pros Jenna Johnson and Val Chmerkovskiy who recently tied the knot like in April 2019. The pair who started on and off relationship in 2015 is now an official husband and wife. Let's take a ride in Jenna and Val's marriage details including their relationship timeline.

Dancing with the Stars' pros Jenna Johnson and Val Chmerkovskiy walked down the aisle in a beautiful ceremony in  Los Angeles. 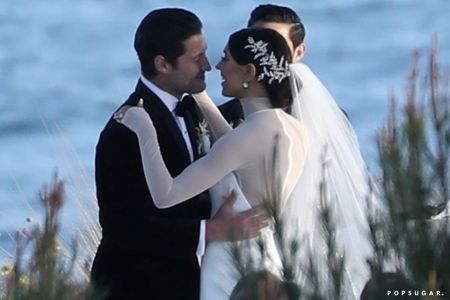 The American professional Latin and ballroom dancer and choreographer Jenna, 25, tied the knot with Val on Saturday, April 13, 2019, at the Terranea Resort in Rancho Palos Verdes, California.

Recommended: Is American Singer Normani Kordei Dating her Dancing with the Stars Partner? Find her Relationship and Affairs

Val looked a perfect bridegroom in his black velvet Brooks Brothers tuxedo and the now Mrs. Chmerkovskiy looked stunning while on her Vera Wang mermaid gown that had a sheer top. 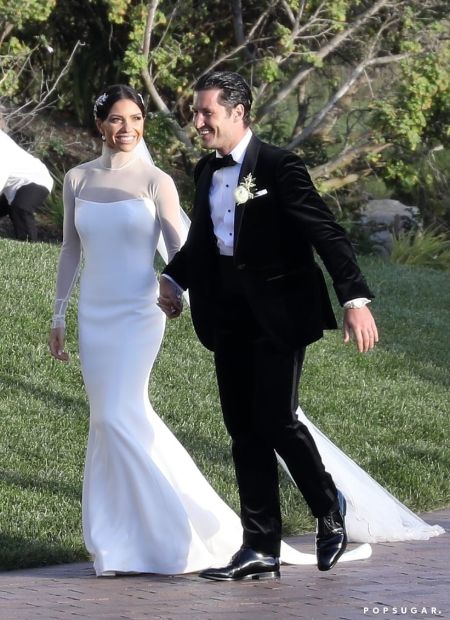 The newlyweds Val and Jenna both looked stunning during their nuptials.
SOURCE: PopSugar

According to PEOPLE, the lovebirds made their vow in front of many fellow ballroom stars, including Val's brother, Maksim Chmerkovskiy, and sister-in-law, Peta Murgatroyd.

The newlyweds were actually planning to have an "intimate" wedding ceremony with around 200 people attending the event.

"We want to keep a small guest list, but at the same time, it's a beautiful thing that we've built real sincere genuine relationships. And the number grows, but it doesn't from like a shallow standpoint of having everybody there that we know. It's growing because we realize, 'Wow! There's a lot of people that mean a lot to us in our life.'"

Also, it's been reported that the couple walked down to the altar when a string quartet played and wedded under a chuppah with flowers including Tibet and garden roses, ranunculus and peonies.

Surprisingly, the duo added a wonderful taste with a five-tier wedding cake made by Vanilla Bake Shop from Santa Monica.

Later on, Jenna herself posted a picture of the newlywed couple on Saturday evening.

The new husband and wife duo took Instagram on Wednesday, 18th April to share images from their tropical honeymoon. The 25-year-old bride shared a sexy beachside snap where she wore a cheetah-print bikini wearing a wide-brimmed floppy hat that says "Mrs. Chmerkovskiy." The image captioned, "Honeymoonin".

Jenna and 33 years old Ukrainian professional dancer, Val, first sparked romance rumors back in February 2016. At that time, the pair got photographed getting close off the dance floor.

In fact, the lovebirds first crossed paths in 2014 when the So You Think You Can Dance alum became a member of DWTS  troupe. Starting as friends at first, the pair started dating secretly in 2015.

After some months of romance, the pair called it quits in 2016 and Chmerkovskiy started dating Dancing With the Stars season 23 contestant Amber Rose.

Later next year, the Johnson and Val packed on the PDA in the ballroom when they shared a kiss during their performance on DWTS, apparently confirming their relationship in 2017.

You May Like: 'Dancing with the stars' Witney Carson married husband Carson McAllister in 2016. See the journey of the couple

The dancing couple got engaged while on a trip to Venice in June 2018, announcing the exciting news on Instagram shortly after Jenna said "yes". 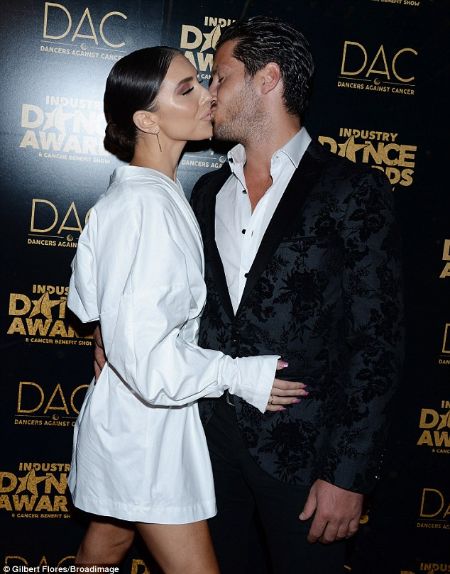 "I can't wait to make you my wife," Val captioned a photo of himself down on one knee in front of a shocked Jenna.

I knew the moment I met you, you were the man of my dreams and I wanted to be with you forever. Babychka ??? ?????? thank you for making my fairytale come true today! Cannot believe I get to call you my FIANCÉ!!!! #engaged

At the very moment, Jenna gushed,

"I knew the moment I met you, you were the man of my dreams and I wanted to be with you forever. Thank you for making my fairytale come true today! Cannot believe I get to call you my FIANCÉ!!!!"

As now, the pair got hitched, we wish them a happy future endeavor hoping for positive news pretty soon! 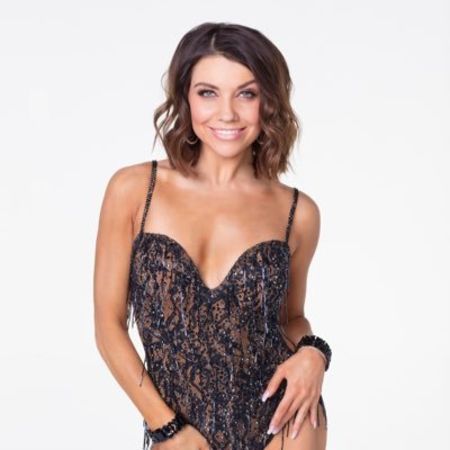