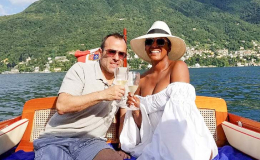 The former co-host Tamron Hall recently pulled off her strings with the NBC show. Yet she still resides in the heart of many spectators around the world because of her unforgettable talent, and persona.

Real question is, 'Who's in the heart of American broadcast journalist and television host Tamron Hall?'. News also came out that the 48 years old lady is expecting her first child. Let's take a quick glance at Tamron Hall's married relationship including her career on NBC's Today!

The American journalist Tamron Hall recently revealed that she's already married and expecting her first child with her husband. 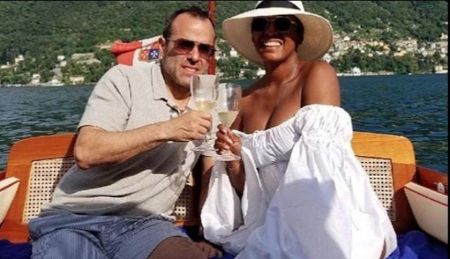 The former Today host announced that she secretly walked down the aisle with Steven Greener, a music executive. Above all, the couple is expecting their first child later this spring.

Recommended: Charissa Thompson of NBC is divorced. She is now dating with basketball player Jay Williams.

In fact, she shared the news in a totally appropriate way with the help of her new BFF, Baby Shark.

When one song captures the personal news I want to share with you (yes, you)!

In the meantime, she outlet another post where the journalist shared more details about her arrival of her child along with the name of her hubby.

I’ve wanted to share this news for many months and now finally my doctor has said I am in a safe place, at 32 weeks, to share my joy with y'all. So, it’s clear a daytime talk show isn’t the only thing I’ve been trying to produce! There have been many tears, but today I embrace the smiles. My husband Steven and I are beyond excited! We're in constant prayer, so if you pray, add us to your list; if you meditate, send calmness our way; and if you believe in luck, we’ll happily take that too. More to share in a few weeks when the baby arrives! Next chapter! Blessed and Grateful.

Hall remained cryptic about opening their nuptials in-detail. However, previously she'd mentioned that she was dating someone from the "entertainment industry" during a 2017 interview with Steve Harvey.

Be that as it may, this is the most awaited moment of Hall's life, as previously she flaunted about becoming a mother.

Down the line, while working on Today, Tamron noted how she wished she "started the process of having children" in her late 20s.

Most importantly, she even wrote a blog post about what it's like to be an adult woman without a child: "Not to diminish the spectacular and beautiful journey of parenthood, but don’t make me feel I am half an adult if I don’t have a child".

Well, the dreams have turned into reality to Tamron, as she'll be able to experience the "spectacular and beautiful journey of parenthood" in no time. Congratulations, to the lovebirds!

As the due date is approaching, the soon mother-to-be shared wild baby shower photo album via Instagram.

"Sharing my baby shower album! Love, Laughs, and Surrounded by my friends from #philly #chicago #newyork and of course #texas. Thank you @jungleeny for your amazing spot filled with elegance and beauty. You are the best event planner in the world!! Kon, Yvonne and Carmen you ladies totally surprised me. Shower or Sip & See lol you decided. Uh the last photo is how we roll!!!!!!!!!! Photo credit @calligrafist."

One of her admirers shared,

"You so look due that look of pain, yet happy, anxious yet overwhelmed all that may God Bless you and the little one, please have a safe delivery. Enjoy the quiet soon baby will be here. Best ever Mom to be  Ummm… Why am I in tears like I was there? Anyway, beautiful Mommy-to-be. Beautiful shower. A beautiful journey to a beautiful life & family."

Yes! Hall's fans are so excited to see the new member of her family pretty soon!

Why Did Tamron Hall Leave Today?

On February 2, 2017, NBC co-host Al Roker announced that Tamron will no longer work on the Today show and NBC News. 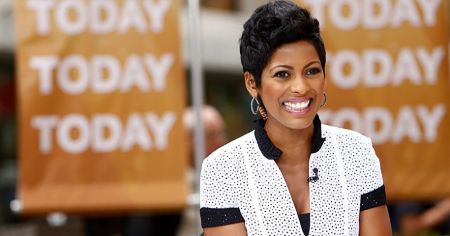 The announcement shocked many of Today spectators, while many are still wondering what's the real reason behind Tamron's sudden departure from the show.

As in surface, news came along in late January of 2017 that journalist Megyn Kelly was "being considered" for her own hour-long program on Today that would air in the fall.

Megyn was either going to take over the 9.a.m. hour, which Tamron and Al were running at the time, or the 10 a.m. hour that belonged to Kathie Lee Gifford and Hoda Kotb.

You May Read: Former NBC reporter Jane Skinner and Husband Roger Goodell's family life. Do they have any children?

Meanwhile, NBC made clear that if they put Megyn in the 10 a.m. slot, they'd move KLG and Hoda up an hour. The same wasn't true for Al and Tamron.

During this rush hour, Tamron's contract with NBC happened to be up in February and decided to quit instead.

Tamron gave her contribution with NBC since 2007, having first joined MSNBC and later became a part of Today in 2014. 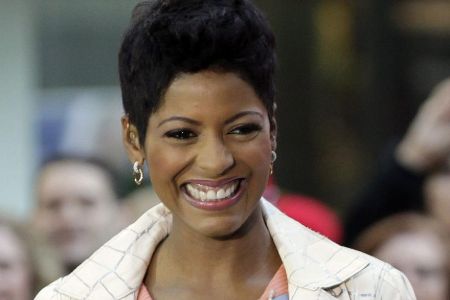