Home Article La La Anthony Splits from her husband Carmelo Anthony and says its Normal for her Son,Know about her Current Affairs

La La Anthony Splits from her husband Carmelo Anthony and says its Normal for her Son,Know about her Current Affairs 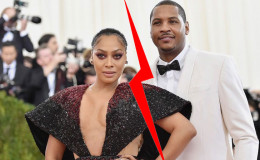 La La Anthony Splits from her husband Carmelo Anthony and says its Normal for her Son,Know about her Current Affairs

We all have heard enough of the controversial relationship of the former couple Carmelo Anthony and La La Anthony.

With Carmelo publicly admitting his affairs and hook ups with different women and jeopardizing his seven years of happily married life, he and La La are trying hard to make things normal for their 10-year-old son, Kiyan.

Not only this, both have decided to postpone their divorce and take some time off from the stressful split and be there for their child. So is the couple dropping hints that they might get back together? Let's find that out!

The 37-year-old sexy mother of her 10-year-old, La La is considering having a normal relationship with her cheating husband, just for the sake of her son. 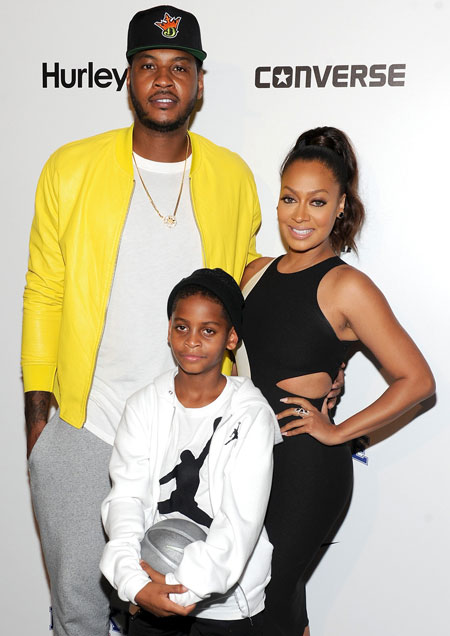 The couple is still co-operating to create a normal environment for their son, Kiyan, sources report. In an interview with People, The Think Like a Man actress stated,

“Things are great. We are parents of an amazing 10-year-old. That is my priority, that my son is healthy and happy, I will do whatever I can to ensure that, and my husband is the exact same way. We made a commitment to create an environment so he is happy and smiling and laughing living a 10-year-old life.”

Celebrating Prince in BK today with @officialspikelee nothing but love, laughs, and music honoring the The Purple One

I'm a mom FIRST!!! We are loving New Orleans!! Thanks for being so great to us!!! Kiyan is working hard in this tournament!! LETS GOOOO!! #gauchos #myeverything #myoneandonly

Also to avoid any scandals and stressful situations for his son, La La is keeping him occupied with basketball tournaments, supporting and cheering him from Tennessee to Florida to Las Vegas.

MY MVP When you just scored 19pts and ur team wins! #gauchos #myheart

Despite all the bitterness, La La still wants her son to follow the footstep of his father Carmelo, who's a professional basketball player for NYKnicks of NBA.

But this is not the end of their story, there's more. The estranged pair who split up in April after nearly seven years of wedding bliss has now decided to delay their divorce for good. But La La is not ready to reconcile either, so sooner or later the pair will be officially off each other's back! 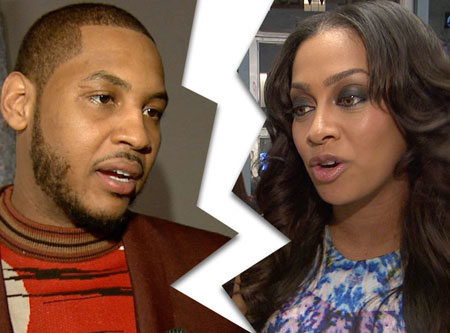 Carmelo, who was even accused of making another woman( a stripper) pregnant is now under visitation grant while La La has taken the full custody of her son. Also on Mother's day, the former couple with their son were seen enjoying a happy family dinner in New York City. 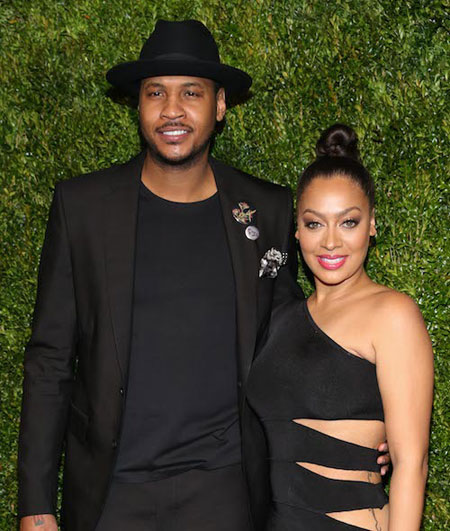 La La and Carmelo tied knots back in 2010, six years after getting engaged and their wedding was featured on VH1 for their reality series La La's Full Court Wedding. In 2007, the pair welcomed their first child son Kiyan Carmelo Anthony. 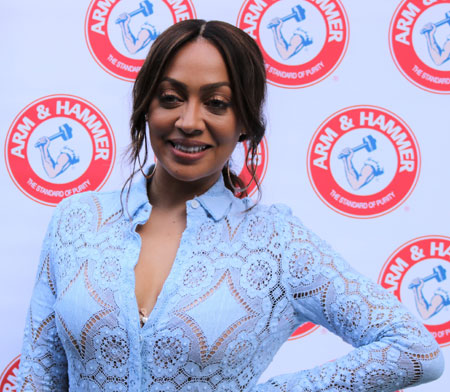 For more recent gossips and updates, keep backing up with our page.