Home Article Truth To Mark Cuevas's Secret Girlfriend Whilst Filming Love Is Blind; Is He Dating Anyone?

Truth To Mark Cuevas's Secret Girlfriend Whilst Filming Love Is Blind; Is He Dating Anyone? 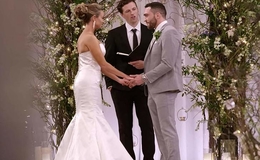 Originally from Chicago, Mark Cuevas's journey to Love Is Blind is classified unfairly by the viewers after everything former fiancee Jessica Batten did to him. His dream to get married to Jessica at the altar was unsuccessful just like his dream to become a footballer after he suffered an injury. But, Mark still has zero negative feelings for Jess.

So What Did Jessica Batten Do To Mark Cuevas On Love Is Blind?

On the newest reality dating show i.e. Love Is Blind which began airing on Netflix in February 2020, Mark Cuevas fell head over heels in love with only one woman, Jessica Batten, despite their ten years of age differences and having been known that he is not the kind of guy Jess usually falls for. 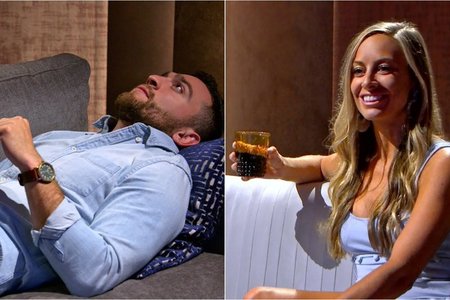 Mark Cuevas and Jessica Batten talk to each other through pods' walls. SOURCE: Netflix

Basically, Mark caught feelings for Jessica through blind dates over the pod's walls as none of the contestants were allowed to see each other faces to prove the experiment of Love Is Blind. And, despite not having paid zero bucks by Netflix, Mark still decided to take part on the program in a big hope that he will meet the love of his life there.

Of course, it was Batten for Cuevas and he was even ready to pop the question in just less than ten days of their blind dates. For the LA-based fitness trainer, every day of those ten days on the couch on the pods where they communicated was like a month and a year. Scarily enough, he was even ready to spend the rest of his life with Jess, after knowing her for less than two weeks.

But, what's even scarier is the fact that the woman the five feet nine-inch tall fitness pro wanted to marry had a second thought towards her feelings for Mark. Clearly, the regional manager had feelings for Matt Barnett who later proposed Amber Pike. Jessica even shared Mark about her feelings for Barnett, but after facing the bitter rejection, she went back to Mark.

Surprisingly, he was still ready to accept Jessica and eventually gets engaged with him too. But, if only Mark knew Jessica still longed for Barnett. As the fans watched, Jessica tried to flirt with Barnett and even sees him in person before their wedding, whilst still being engaged to Mark. To make things worse, she even has the audacity to shamelessly mentions Barnett 'hot and sexy' right at the face of Mark.

Mark, however, still forgives Jessica and is willing to spend the rest of his life with her even after learning that she shares her wine with her dog, that too on the same glass. But, three months later as Mark suits up in grey formal wears and stands there at the altar, he hears, 'I do not' from Jessica. At least, he has his mother to lend her shoulders for his son to cry on.

And, on the Love Is Blind Reunion episode where all the contestants including Cameron Hamilton, Lauren Speed, Giannina Gibelli, Damian Powers, Diamond Jack, Carlton Morton, Kelly Chase, Kenny Barnes, Mark was still polite to share that he was glad to have gone through the Love Is Blind journey with someone like Jessica. Aw, bless his soul.

Meanwhile, everything that Jessica did to Mark was apparent on the screen. But, it's been known that mark had a secret girlfriend outside whilst he was filming the show.

Did Mark Cuevas Have Another Girlfriend?

As we already reported, social media gossiped that Mark dumped his girlfriend to get on the show to promote his business. But, recently, it was also written that Mark was actually still dating his girlfriend whilst he was about to get married to Jessica.

And, Cuevas was finally ready to break the silence after a long time since the rumors surfaced. Soon after Netflix aired the show, Mark has been enjoying a new-found show. As a matter of fact, he has been doing interviews non stop.

It was actually whilst he appeared on the podcast show; Be There In Five hosted by Kate Kennedy, published on 3rd March 2020, Cuevas came forward to deny the allegation. Cuevas claimed that he didn't date anyone nor he betrayed Jessica whilst they were still together.

Mark, however, admitted that he dated another woman after Jessica left him heartbroken at the show. He, in fact, claims he jumped into a new relationship after being dumped at his wedding. But, his new relationship couldn't last either as Mark and his then-new girlfriend broke up shortly before Love Is Blind aired on Netflix.

Currently, as of March 2020, Mark Cuevas is single.