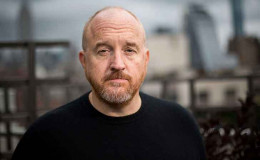 Since admitting the sexual misconduct allegations in 2017, comedian and filmmaker Louis CK actually made a surprise appearance in Comedy Cellar, one of New York's most popular venues for stand up comedy in August 2018. He repeated his unscheduled presence on stage a couple of times. While some of his fans were excited to see him back, some expressed their discomfort to see him perform.

Well, the time will tell whether he'll get the chance to win the audience or not. For now, let's get some details about his current life, marriage, and kids.

Louis CK's Current Life; How People Reacted On His Surprise Comeback At The Standup Comedy?

It's almost been a year since the comedy superstar admitted the sexual allegations in 2017 and he didn't spend too long in exile. He made a surprise appearance at the Comedy Cellar in Manhattan, New York on 29 August 2018. 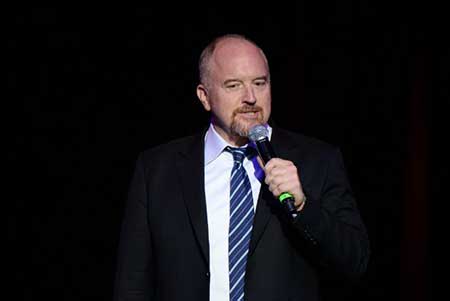 Louis C.K. made a surprise appearance on Comedy Cellar in August 2018.
Source: Spin

Some of the audience gave him a standing ovation and shouted that they were so happy to have him back. However, some of the women in the room mentioned that they felt so uncomfortable at the moment whether to walk away or watch him perform.

Though he was welcomed with so-called a 'wild applause' two audiences reportedly walked out of the show.

It's was an unusual sight outside the Comedy Cellar on 29th October. A woman name Jennifer Boudinot seemed to protest the sudden comeback of C.K. She was holding cardboard that read

"When you support Louis C.K., you tell women your laughter is more important than their sexual assaults and loss of their careers".

While another lady named Lana McCrea stood with her own sign 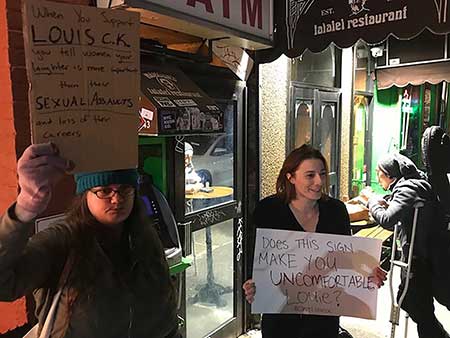 On one hand, a huge mass of his fans was pleased to see him back, on the other hand, his comeback is also highly criticized. The owner of the Comedy Cellar, Noam Dworman seemed supportive of C.K.'s return. Dworman mentioned that it's not his role to block a performer from the show.

While a number of comedians including Ian Karmel, Allie Goertz, and  Aparna Nancherla marked him being premature, he had a tremendous financial loss following the sexual misconduct allegation.

The premiere of his movie 'I Love You Daddy' was canceled. His co-stars Charlie Day and Chloe Grace Moretz said that they won't be the part of movie promotion.

During one of his unscheduled appearance on the show, he said,

"I need to make jokes because I need an income."

"Hard things, you survive them or you don’t. I think even hell you can survive. Hell is not that bad. I’ve been there."

Furthermore, he mentioned the crowd that he lost $35 million 'in an hour' as a result of the allegations made upon him.

Pittsburgh Comedian John Dick Winters canceled his 14th February 2019 gig at the Pittsburgh Improv after the club booked Louis for the weekend after all the sexual misbehave he did with several women around.

"Well, fuck that. I’m definitely not a perfect person, I have my own demands and have been called out, rightfully so for my own mistakes. But I won’t let that hinder me from doing whatever I can to stop this bullshit whenever possible."

"So I’m backing out of my weekend at the Pittsburgh Improv. Not that they’ll care. Not that really anyone besides me will care. $300 isn’t worth it to me to be a hypocrite. I’ve worked really hard at both the comedy and the business side of stand up. And I’ve become, albeit a small one, a gatekeeper of our little Pittsburgh comedy scene. And I don’t want to work with anyone that will work with Louis CK or anyone like Louis CK."

Furthermore, Winters mentioned that other comedians will also take the same step as he did.

It seems quite impossible to see CK dating a woman in the meantime. The person surrounded by sexual allegations by a number of women with his professional career in a critical circumstance would definitely focus to gain the love and support of the audience all again and bring his career on track after all the mess.

Though CK is most probably single at present, he was married to an artist and painter Alix Bailey since 1995. The couple has two daughters namely Kitty Szekely and Mary Louise Szekely. 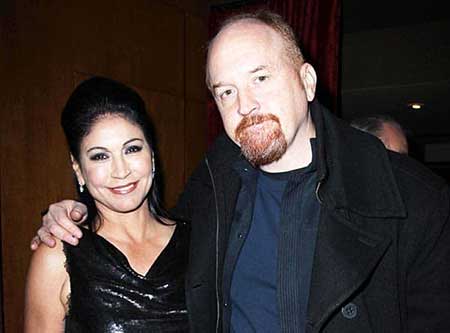 The pair who divorced in 2008 share joint custody of their daughters. Bailey is less public about her personal life than her former husband. During an interview with CQ in 2011, he said,

"I couldn't really talk about my wife anymore. Not that I was ever really talking about her, exactly, but now I couldn't do that at all; I couldn't talk about the woman I was divorced from. She deserves her privacy. But that meant I had no idea where I was going to get material. It was like, 'Oh, shit, there goes my act.’"

You people can definitely speculate what's the reason behind them parting ways.

We can say that Bailey is living happily with her daughters with no more personal issues. 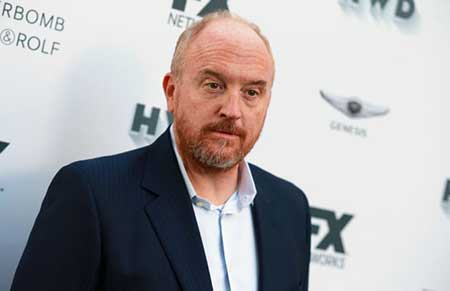