Home Article Todd Chrisley's Daughter Savannah Chrisley Engaged to her Boyfriend. Know Details About Their Romantic Life and her Past Affair.

Todd Chrisley's Daughter Savannah Chrisley Engaged to her Boyfriend. Know Details About Their Romantic Life and her Past Affair. 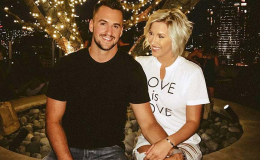 After over a year of dating, "Chrisley Knows Best" star Savannah Chrisley is engaged to her boyfriend, Nic Kerdiles. Yes, she's the daughter of renowned American businessperson, Todd Chrisley.

The former beauty pageant contestant got surprised by her boyfriend Kerdiles, and now the lady is ready to be married. Let's sneak into their love-filled chemistry.

Savannah Chrisley is engaged to her boyfriend, Nic Kerdiles 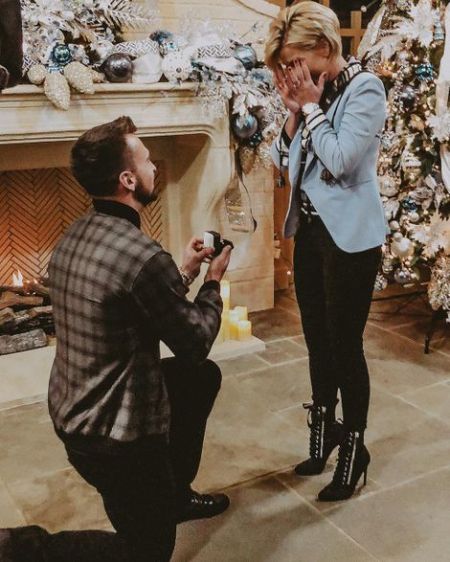 Nic got down on his knee just to propose his lady, Savannah Chrisley.

According to PEOPLE, Nic made a romantic proposal to Chrisley, getting down on one knee on Christmas Eve in front of Savannah’s family and friends at her home in Nashville.

Recommended: Savannah Chrisley and Blaire Hanks are dating since 2015. Are they getting married?

During an interview with People in April 2019, Savannah noted that Nic’s family was in town and her whole family was there and they were filming and she was so "furious". She added, “I was like, ‘The fact we’re filming on Christmas Eve is absolutely insane. I have people here.’"

We can’t all find our Prince Charming... But I sure did (SWIPE RIGHT) @chaddlife

Furthermore, Chrisley mentioned that her mom said she forgot something at the store. So, she got in the car and went to the store with her. When they came back and walked in the door, no one was there.

In addition, she added that her best friend’s kid, Dylan, gushed, ‘Hey, I think they’re looking for you outside.’ Subsequently, they walk outside past the door and it’s all lit up!

Nic’s family stands on one side, and her family and friends are standing on the other, then she just starts freaking out because Savannah told that she felt like, ‘This isn’t really about to happen.’ But, surprisingly it did happen.

Not only that, Todd Chrisley's daughter flaunts about her 5-carat ring, designed by Dror Flantzman in Nashville, consists of a radiant 18 brilliant cut diamond in the center.

Also, Read: Julie Chrisley and Todd Chrisley got married in 1996. Know about their children and family

Chrisley family definitely showed their involvement in the surprising purpose. She later mentioned that her mom Julie actually helped pick out her engagement ring.

Although Savannah hasn’t revealed about the nuptials, one thing is for sure, it will be a fabulous and biggest day of Chrisley!

The makeup enthusiast has been seeing professional hockey player Nic Kerdiles for over a year. Like few others, the duo met via Instagram and have been dating since November 2017. 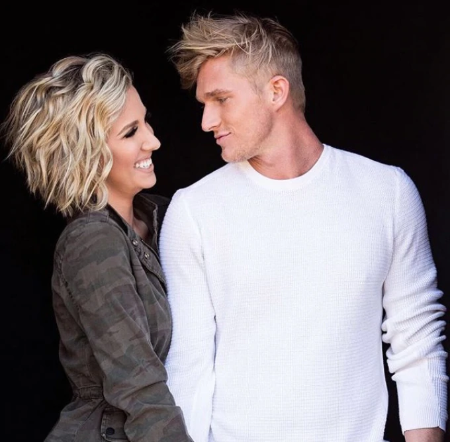 The 25-year-old Nik, skates for the Manitoba Moose while under contract with the Winnipeg Jets and is also a real estate agent in Tennessee.

Savannah previously revealed that she is the one who slid into her new boyfriend turned fiance’s DMs. She gushed;

"I was scrolling through Instagram one day and then went over to the activity page and a girl I follow liked one of his pics and I was like 'ohhhh dangggg....who’s that!'" the Georgia native told fans."

In addition, she mentioned,

"I then proceeded to take my shot and send him a message. Thankfully he responded and then it was history lol! The End."

Well, that has actually worked between them as the lovebirds are currently engaged.

You May Also Like: Chase Chrisley broke up with girlfriend Brooke Noury. Is he dating anyone?

Since the duo started their romance, they often flaunted each other's relationship on their Instagram.

Prior to getting engaged with Nic, Savannah had numerous relationship with other stars as well. She dated country singer Blaire Hanks in 2015 but their relationship didn't last any longer. 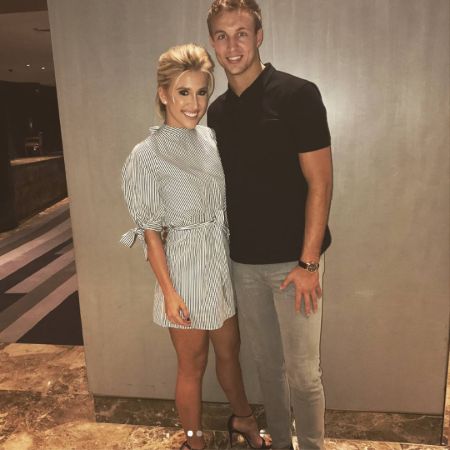 Also, she remained in a blissful relationship with NBA Player Luke Kennard. But their relationship turned sour and ended after four months of dating.

You May Read: Kyle Chrisley Is Married To Wife Alexus Whilby, Has a Daughter; His Family Life With His Parents

As for now, we wish the newly engaged couple a happy future endeavor, hoping for more positive news pretty soon. 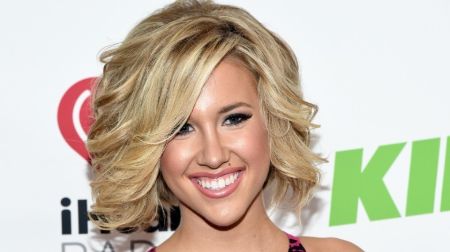