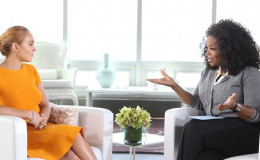 Parents are supposed to be the best buds or the person they admire or someone they look up to during hard times and good times. However, not all have great relationships with their parents and when it comes to celebrities, we often think that they are pretty tight with their family but let's think twice!

Beyonce with her mom Tina Knowles and Bradley Cooper with Gloria Campano give us parenting goals but celebrities do have a toxic relationship with their loved ones be it, their partner or siblings or even their parents.

With that being said, many Hollywood celebrities including Oprah Winfrey, Angelina Jolie, Lindsay Lohan, Jennifer Aniston and so on have confessed about their terrible childhood, mostly because of their parents. And such bad blood between famous families will definitely grab the attention of tabloids and fans. So, without further ado, let's go throughout top eight celebrities who loathe their parents.

Lindsay's father Michael and Dina literally gave hard times to little Lindsay when she wasn't even a celebrity. Her father Michael had a bad reputation as he was arrested many times for DUI and inside trading. He even had affair with another woman and fathered a child too. 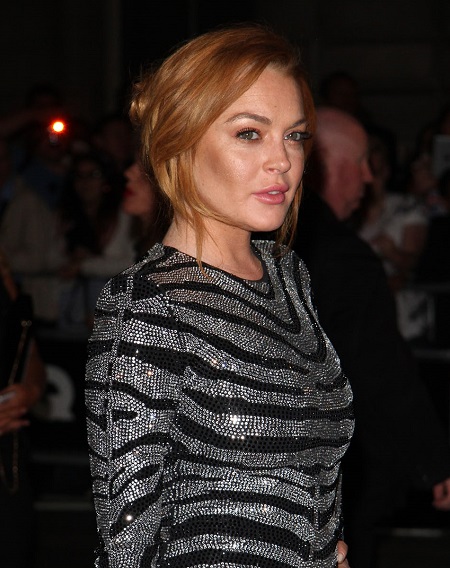 Micheal and Dina separated long before but they kept reuniting just for the sake of media attention. When Lindsay came into the limelight, her mother Dina reached out to Lindsay and pursued Lindsay to go to clubs which made her alcoholic and drug abuser while her father Michael used to record the private conversations with Lindsay and sell them to tabloids.

That's really sick for how low a person can go for fame and money.

Lindsay confessed that she had cut off contact with father stating that she couldn't handle the conflict and the emotional stress given by her parents.

The rapping genius Eminem has expressed his hatred towards his father out and loud through songs and interviews. His father, Bruce Mathers Marshall had walked out on Eminem and his mother when he was just a baby. 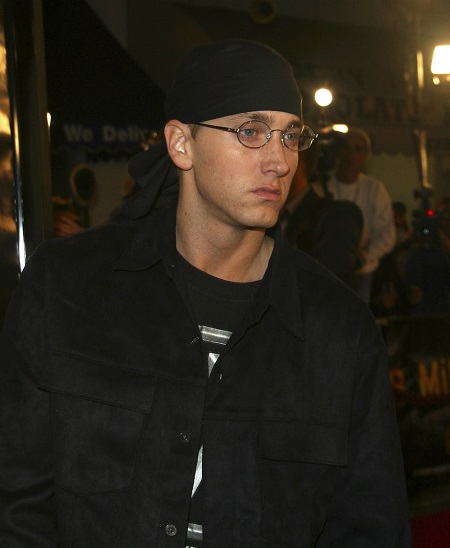 He tried contacting his father by writing letters but all he never got a reply but the same letters marked, "return to sender".He now admits that due to lack of proper parenting and guidance from a father figure, he suffered a lot during his childhood and teenage years.

Who could ever think the bubbly and adorable actress Jennifer Aniston could hate anybody, let alone her own mother? Jennifer and her mother Nancy Dow have had a turbulent relationship over the years.

In an interview, Jennifer Aniston confessed that she cut off contact with her mom for several years mostly because she was really critical and she held grudges for a long time.

"She had a temper. I can't tolerate that. She was critical. She was very critical of me. Because she was a model, she was gorgeous, stunning. I wasn't. I never was. I honestly still don't think of myself in that sort of light, which is fine. She was also very unforgiving."

"She would hold grudges that I just found so petty. If I get upset, I will discuss [things]. I will never scream and get hysterical like that. [But] I was never taught that I could scream. One time, I raised my voice to my mother, and I screamed at her, and she looked at me and burst out laughing. She was laughing at me [for] screaming back. And it was like a punch in my stomach."

But now they've worked on their relationship and they're just fine.

Drew Barrymore comes from the Barrymore family who was stage and film actors. She started her acting since early age doing commercials, television series and feature films too. 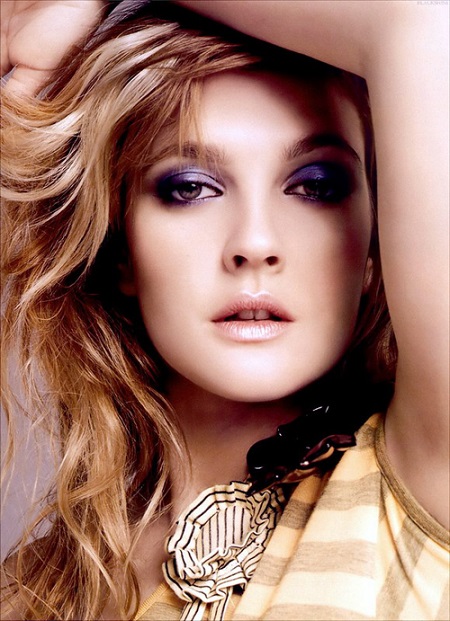 She was rehabilitated at the age of 14 and she also spent eighteen months in a mentally ill institution with a suicide attempt. Her mother didn't support her whole the time but rather tried to hang on her daughter's fame and coattails.

She filed for legal emancipation from her parents which was granted when she was 15. After that, her mother even sold Drew's childhood things on eBay to make money.

The Hello singer, Adele who bagged six Grammy has been dealing cold war with her father who walked out on her when she was just two. She never met her father for a long time until she became a chart-topping singer. 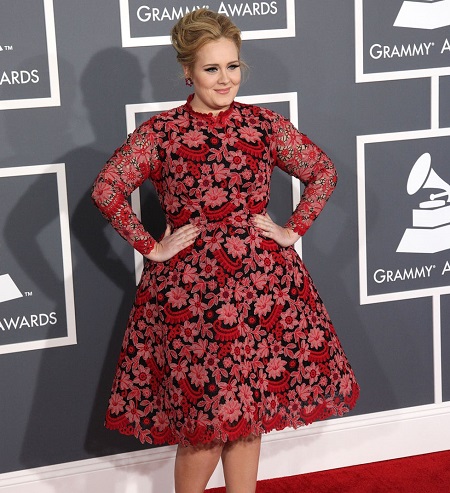 She struggled a lot growing up with single mom as they were finacially unstable. Her father later tried to contact her, apologizing to the media for what he did and he loved her very much. Adele ignored all and she still hates him for what he did.

The beautiful actress, Ariel Winter famous for starring as Alex Dunphy in hit sitcaom Modern Family has a history of bad blood with her mom. 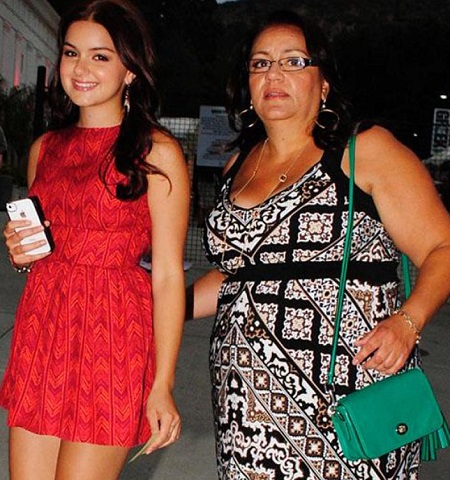 She claimed that she was physically and emotionally abused by her mother, Crystal Workman who sexualized her terribly. People used to think that she was 24 when she was just 12.

To make matter worse, if the situation demanded she had to even pose nude that made her childhood the worst night mare.

In an interview with The Hollywood Reporter, Ariel stated,

"My mother sexualized me starting at the age of seven and would dress me 'in the smallest miniskirts, sailor suits, low-cut things, the shortest dresses you've ever seen.'

People thought I was 24 when I was 12. If there was going to be a nude scene when I was that age, my mother would have a thousand percent said yes."

She demanded a legal emancipation and broke ties with her mother when she was just 15 and her sister Shanelle Workman was granted the final custody.

The Home Alone series former super star Macaulay Culkin had bitterness with his parents since he was a little boy.  His parents got divorced when Culkin became a renowed child actor.

The Business Insider reports that their parents literally fought over Culkin's multimillion dollar trust and child custody which just showed how low his parents went for his money, completely shading his emotional needs. 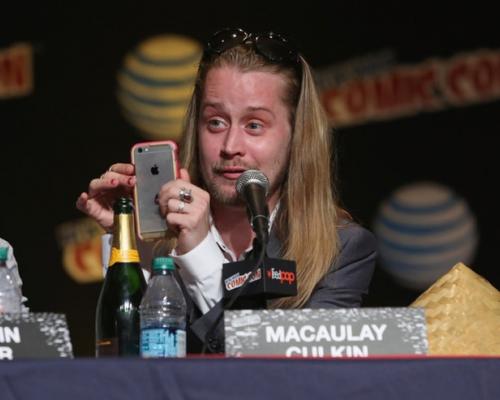 Culkin's accountant was put in charge to handle his money and he confessed that his parent's broken marriage was the main reason for his heroin addiction.

Angelina Jolie and Jon Voight, her father never got along that well. The reason was that Jon cheated on her late mother Marcheline Bertand back in the days.

Not only this, the estranged father-daughter duo had a serious feud when Jon publicly told that his daughter needed medical help and stated he suffered from "mental problems." 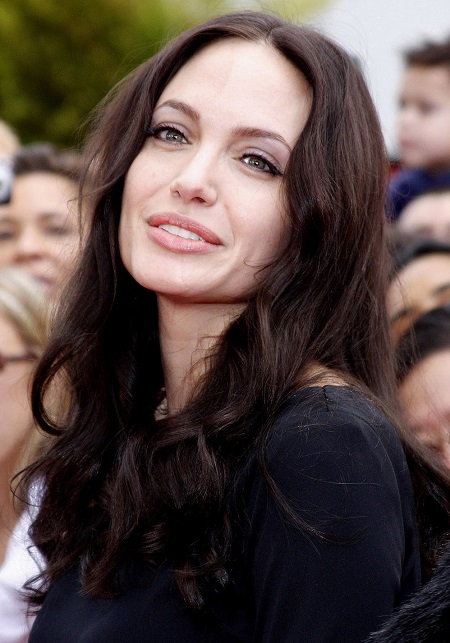 However after a long feud Jon and Angelina settled the personal differences as Jon stated that he was sorry for what he said. He stated,

"I suddenly saw things differently and everything shifted. That one moment changed my whole life.  It gave me back my daughter and my family. Being reunited with my Angie is very precious to me. I adore my grandchildren, they are my great love. It makes me so emotional and grateful."