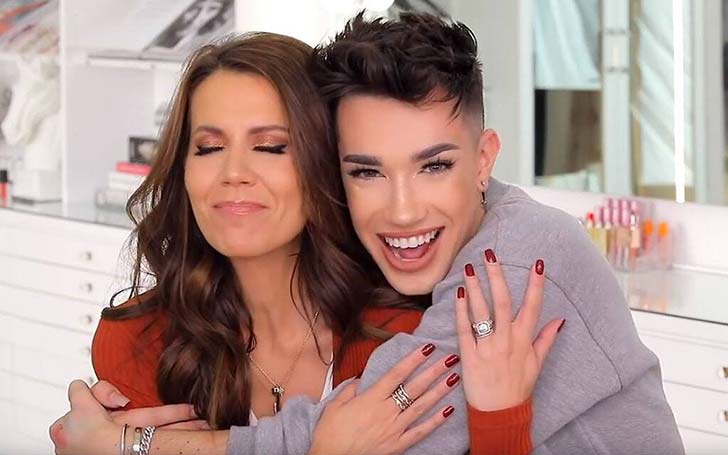 YouTube star James Charles, 19, has lost a dramatic three million subscribers including some famous celebrities within two days amid a bitter feud with beauty guru Tati Westbrook surfaced in the media.

James Charles' followers have gone done while Tati Westbrook's rose up within days. Nearly 3 million subscribers unsubscribed Charles' YouTube page within days amid his feud with Tati Westbrook. He has over 13.8 million subscribers by Monday morning on his page which was 16.5 million initially, these include Kylie Jenner, Demi Lovato, Miley Cyrus, Kim Kardashian, Iggy Azalea, Shawn Mendes, and Katy Perry.

my first met gala thank you so much @youtube for inviting me and @alexanderwangny for dressing me!  being invited to such an important event like the ball is such an honor and a step forward in the right direction for influencer representation in the media and I am so excited to be a catalyst. video coming tomorrow!

His critics unfollowed him keeping the hashtag #JamesCharlesIsCancelled trending on social media.

The 19-year-old openly gay model who became the first male ambassador for CoverGirl also worked with A-listers like Kylie Jenner. Things turned out bad for Charles after he posted a sponsored advertisement for Coachella for Sugar Bear Hair vitamins on his Instagram in April.

Though his post didn't seem to be uncommon, it became trouble for Charles as the company is a direct competitor to Westbrook's supplement brand, Halo Beauty.

Further, she explained that she felt "betrayed" and "lost" (still, without mentioning names) on Instagram. Have a look at the full video below:

Though Charles tried to apologize with Westbrook via an Instagram post, his attempt became a worthless attempt as Tati wasn't having it. He said,

'I want to publicly apologize to my close friend Tati. She has been like a mother to me since my first days in this industry and has given me more love, support, resources, and advice than I could ever ask for.'

'This weekend I did an Instagram Story for vitamins that I've been taking because the brand helped me with security when the crowd around me at Coachella became unsafe. I did not accept any money from this post.'

Well, this made Tati release a lengthy video on 10th May!

Charles met Westbrook before he grabbed popularity. She was the mentor for a time who helped him uplift his career.

"This is more than just a sponsored post. It has layers. There’s so much going on with James Charles right now that I do not support. That I do not agree with. Fame, power, and a fat bank account will change almost anyone. And if you don’t have people who will tell you to your face that you’re doing the wrong things, you will change. I tried to be that person for you, I really tried. I don’t think there’s any getting through with you and I don’t want to be friends with you. I don’t want to be associated with you. And I need to say that publicly so that this chapter will be closed."

Meanwhile, as Charles is losing his precious fan base, Westbrook is gaining the same numbers from 5.9 million to 9.1 million on Monday. Let's see how far this thing goes!