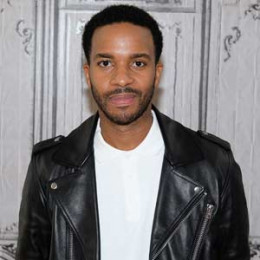 American actor, Andre Holland has known for his roles iconic role in the number of movies as well as a series. He is also notable for his performances in FX series American Horror Story: Roanoke.

And 2016 American coming-of-age drama film, Moonlight, for which he won several awards for which includes Critics' Choice Movie Award for Best Acting Ensemble, and many more. The actor is currently single. He was never linked with anyone before at the moment.

Andre Holland was born on December 28, 1979, in Bessemer, Alabama. His birth sign is Capricorn. He belongs to American nationality and African-American ethnicity.

He attended John Carroll Catholic High School and Florida State University. He graduated from New York University and received a Master of Fine Arts in 2006.

He made his Broadway debut by appearing in several Shakespeare in the park production in 2009 in Joe Turner’s Come and Gone. He performed in several theatre productions. In the play Blue Door, he portrayed three characters.

Likewise, he appeared in many TV series such as Law and Order, The Black Donnellys, Damages, American Horror Story: Roanoke, Castle, and others.

Moving towards his acting skills in filmography, he got an opportunity to work in many films such as Sugar, Miracle at St. Anna, Bride Wars, Black or White, Selma, Moonlight and many more.

He performed the role of a different character in the different movie such as he played as Kevin in Moonlight, the role of American politician and diplomat, Andrew Young in Selma, Reggie Davis in Black or White and DJ Jazzles in the movie Bride Wars. 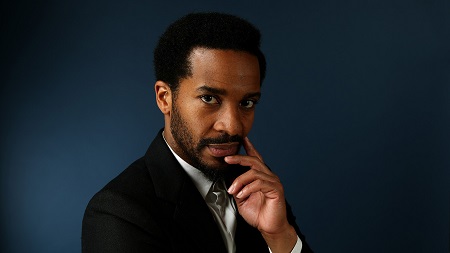 She also appeared in the fantasy adventure film A Wrinkle in Time directed by Ava DuVernay which was released in March 2018. She will also appear in the upcoming heist thriller film Windows, directed by Steve McQueen which is scheduled for 2018 November.

He earns good amount of money from his professional career. He appeared in many films which make a significant collection at the box office. Some of the movie and their box office collection are:

Andre Holland is quite secretive about his personal life and he managed to keep all his personal details secret. Previously he was in a relationship with Monica.

The duo dated in the year 2011 and was once spotted together at the opening night performance of the play, Venus In Fur. The duo was not spotted ever since that day so it looks like they have parted ways.

He is not much active in social media.