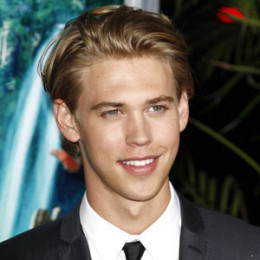 Austin Robert Butler, better known as Austin Butler, is an American actor known for Zoey 101, Switched at Birth, Ruby & The Rockits, Life Unexpected and The Carrie Diaries. He is also a singer. He was nominated thrice for Young Artist Awards for his performance in TV series.

Austin Butler was born on 17th August 1991 and grew up in the city of Anaheim, California, USA. He is a son of Loria Anne, an aesthetician and David Butler. He has a sibling sister named Ashley, who is also an actor.

He attended public school till the seventh standard and completed the tenth standard from home-school. His hobbies are playing basketball, hiking, cycling andgym.

When he was 13, he was approached by a representative from a background-acting management company, Orange Country Fair and from then his career in the entertainment industry began. He is also good at singing and knows to play piano and guitar.

Austin started his career as an actor on the big screen from the year 2005. He played the role of Lionel Scranton in live action sitcom, Ned’s Declassified School Survival Guide, created by Scott Fellows which aired on Nickelodeon.

After playing as Derek opposite actress/singer Miley Cyrus, he was signed for the short movie, The Faithful, in 2007. He also acted in 20th Century Fox’s family adventure movie, Aliens in the Attic, starring Carter Jenkins, Ashley Boettcher, Ashley Tisdale, Josh Peck. He even won a nomination for Young Artist Award for his performance in the movie.

Apart from acting, he has performed a song on iCarley titled Whatever My Love. Not only this, he also released two other songs Life I Love You, Not and Possibilities along with Alexa Vega in 2009.

Austin was in love relationship with actress Vanessa Hudgens since 2011 before they called it quit in 2020. The girlfriend-boyfriend often visited each other and share their beautiful moment of kissing and hugging on Instagram.

The couple revealed their relationship in an interview with Entertainment Tonight. Though the couple often has to remain apart, their love for each other remained really strong for nearly a decade.

In July 2021, Butler, 29 started dating actress Lili-Rose Depp, 22 as the two were caught on PDA in London.

Austin is one of the rising stars of the Hollywood industry who has got a huge career in near future. As of now, he has an estimated net worth of $4 million.