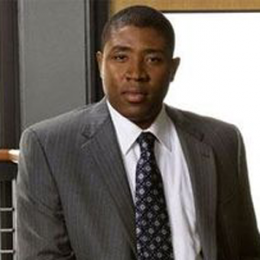 American film and television actor, Cress Williams is best recognized for his role as Wyatt Mathewson in the crime drama series Prison Break and also known for playing the character of Ed Williams in Close to Home. He will be playing Black Lightning in the upcoming CW series of the same title. Williams is married to Kristen Torrianni, his wife since 2013.

Cress Williams was born to American parents in Heidelberg, Baden-Wurttemberg, Germany on July 26, 1970. His birth sign is Leo. As per nationality, Williams is American and is of Afro-American ethnicity.

The same year he acted in another college production called Red Noses. Later, Wiliams went to the University of California, Los Angeles.

With the interest in acting since his college days, Cress Williams stepped into the acting world from the series Beverly Hills, 90210, playing the character D'Shawn Hardell.

Following his debut role, he then appeared in many TV series including NYPD Blue, Star Trek: Deep Space Nine, Lois &Clark: The New Adventures of Superman, Grey's Anatomy, Close to Home and Providence among others. 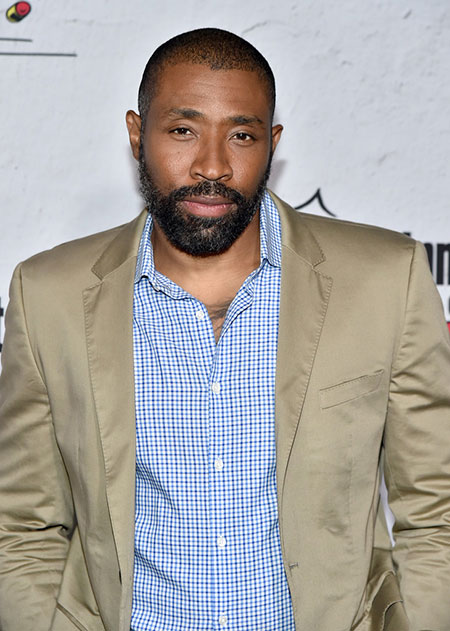 In 2008, Williams played the character of Wyatt Matthewson, a hitman in Prison break alongside stars Dominic Purcell, Wentworth Miller, Robin Tunney, Peter Stormare, Amaury Nolasco, and Wade Williams among others. From 2011-2015, he starred as Lavon Hayes in Hart Of Dixie appearing opposite Rachel Bilson, Jaime King, Wilson Bethel, and others.

As of 2018, Williams is playing the lead character in the new series Black Lightning, which released on Jan 16 and so far three episodes have been aired.

Cress Williams was previously married to Simbi Khali, an American actress, singer, and songwriter. The two exchanged vows in 2000. The pair shares two children altogether, a son and a daughter. Their relationship didn't go the distance and divorced in 2011 after eleven years as husband and wife.

As of now, Williams is married to his girlfriend Kristen Torrianni. They met for the first time in 2006 at a church. Two years before their marriage the couple becomes close friends after they started hosting a weekly dinner together.

The couple tied the knot on May 21, 2013, in an intimate ceremony on the island of Kauai. They exchanged vows in front of their parents and Cress' daughter after which they honeymooned there for nine days.

They also had a formal reception in Los Angeles on Saturday inviting around 150 guests including Williams' co-stars from the Hart of Dixie.

Cress Williams has been in the field of acting since 1994 and till today has contributed in many TV series. The official figure of his net worth is not public but it is assumed to be in millions.

He appeared in ER's 14 episodes. The show was considered as America's number one prime-time show with a weekly audience of 33 million.

Williams also did nine episodes in Prison Break. As per the sources, the star of the series made $175,000 per episode. He may not have made much as the lead character but for sure earned six-digit figure.

He is now playing the lead role in Black Lightning, possibly earning a six-figure pay cheque which will add more to his net worth.

Simbi Khali is an American actress, singer, and songwriter known for her roles in Martin, Campbel and 3rd Rock from the Sun.

Cress Williams and Kristen Torrianni are happily married. The pair tied the knot in 2013 in an intimate ceremony on the island of Kauai.

Khali and Williams welcomed their first child, a son on July 20, 2004.

Khali and Williams' second born was a daughter. She was born on August 13, 2007.