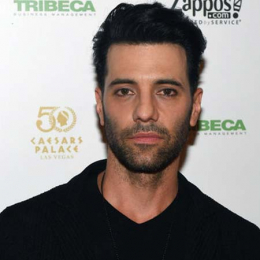 Criss Angel is a talented magician and illusionist who makes his fortune out of the career fooling people with tricks and illusion. He is successful at what he does and began his career professionally since 1994. He was previously a lead singer in a band Angeldust and has written a book Mindfreak: Secret Revelations. During his dangerous career, he was rolled over by a steam roller, sawn into half, and even jumped out of a moving car.

Is Criss Angel Married? His Son Diagnosed With Lymphoblastic Leukemia?

Magician Criss Angel has been married twice, both ending up with divorce. Currently, he's reunited with his second wife Shaunyl Benson just for the sake of his son Johnny Crisstopher Sarantakos who was suffering from Lymphoblastic Leukemia. 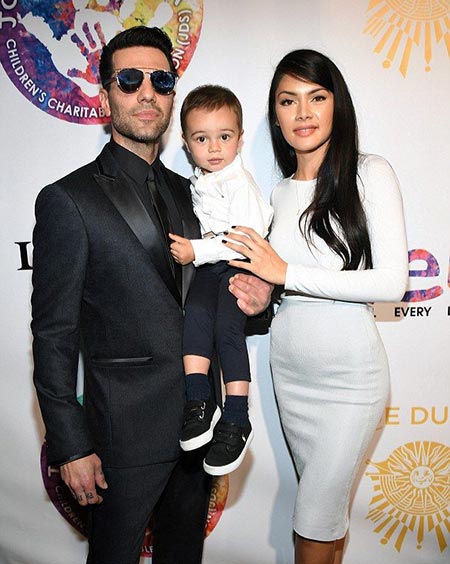 Criss Angel with his wife and a son.
SOURCE: Pinterest

He married his long term girlfriend JoAnn Winkhart in 2002. The lovebirds walked down the aisle in 2002 but couldn't keep the relationship strong as they got divorced just after 4 years in 2006. With no specific reason provided to media, they moved on with their life.

Just after two years, Angel started dating Holly Maddison, the ex-girlfriend of Hugh Hefner. The duo broke up just within a few years as he was feeling overprotective of her. Madison thought he was cripplingly insecure and stated,

"Criss' explosive temper was becoming increasingly more alarming. I didn't want to go back to the mansion, Criss knew that, but it was as if he couldn't help his jealousy. For all his fame, fortune and success, Criss, to me, seemed cripplingly insecure. This was starting to feel all too familiar."

In February 2015, Angel married American, actress Shaunyl Benson at an intimate yet lavishing ceremony. They share two sons, Johnny Crisstopher Sarantakos, 4, and Xristos Yanni Sarantakos born on 22 January 2019. Have a look at Benson's Instagram post sharing happiness after the birth of her second son!

The sad part of his family life was his elder son Johnny suffered from Lymphoblastic Leukemia at the age of 1. He split up with his wife back then but reunited with her for the sake of his son. After three years of struggle with chemotherapy, Johnny was free from the terrible disease.

Apart from his two marriages, Criss was rumored to be dating few big names including Paris Hilton from 2006 to 2007, Cameron Diaz and Lindsay Lohan in 2007, Pamela Anderson in 2008. With all these hookups, his famous affair was with his ex-fiancee, Sandra Gonzalez. 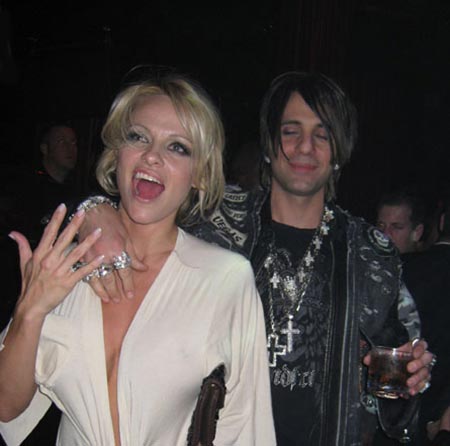 Cris and Sandra got engaged on September 7, 2011, in Cabo San Lucas, Mexico after the magician proposed her with a 5-carat diamond and platinum ring. Their relationship couldn't last long and broke up roughly as Sandra chucked the ring at him while breaking up.

Criss Angel's Net Worth: Know About His Salary and Earnings

The illusionist Criss Angel makes his fortune out of his tricks and illusion which earns him a whopping net worth of $50 million. His outstanding magic and illusion help him amass this huge net worth.

Criss is a rich man and to show his luxurious lifestyle, he owns the 22,000-square-foot Mediterranean in Henderson, Nevada, bought for $12 million. The house has six bedrooms and nine bathrooms, and he is still renovating the house with at least $8 million.

As he is a Car and bike freak, his home has a six-car garage. The house is of gothic interior trimmings like custom stained glass and wrought iron, and also features dark wood. 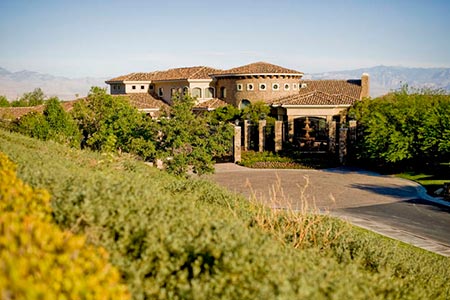 He's set up the house beautifully with 3000-square-foot master bedroom and a bathroom with a fake $100 wallpapered and his framed photograph. The outer side of his home features a sculpture garden and an infinity pool alongside four fire pits. The central part of the pool has a four feet acrylic ball with water cascading around it. 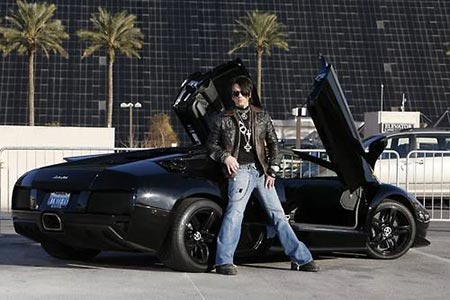 Criss Angel in one of his cars.
SOURCE: Wattpad 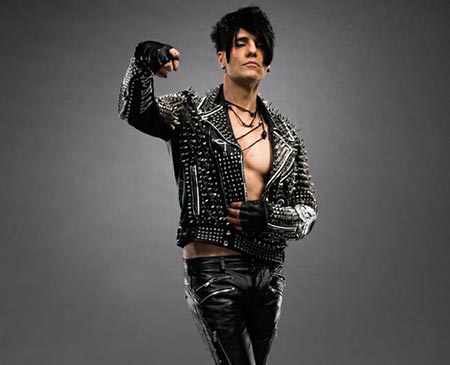 One of the best magicians in the world, Criss Angel.
SOURCE: Las Vegas Sun

He graduated from East Meadow High School and decided not to attend college. He pursued his career as a professional magician as soon as he completed High School.

Criss Angel tied a knot with his long term girlfriend JoAnn Winkhart in the year of 2002 and ended with divorce just after three years.

Criss Angel married the famous American actor, singer, and songwriter Shaunyl Benson in 2015 but they divorced in 2016. The pair reconciled soon after separation.

Criss Angel and Shaunyl Benson were blessed with a son Johnny Crisstopher Sarantakos in the year 2015.

Shaunyl Benson gave birth to a baby boy on January 22, 2019, and named him Xristos Yanni.