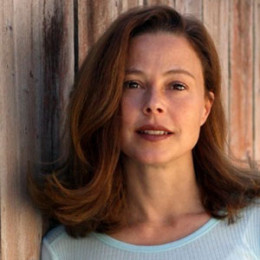 American actress, Dana Barron is one of the rising actresses of Hollywood, popular for her role as "Audrey Griswold" in the 1983 American road comedy film, ‘National Lampoon's Vacation.’ She did her first debut movie through 1980 movie "He Knows You're Alone" and prior that she acted in different television commercials. Barron worked in more than 70 movies and television to the date.

She won Daytime Emmy Award under the Best Actress for her role in Symphony Pictures, ‘No Means No’. Barron is also interested in film-making and joined Symphony Pictures as Director of Development. She co-produced her first and only film ‘Seduced By A Thief’.

Dana Barron was born on 22nd April 1966 in New York City, New York, U.S. into a well-known theatrical family; her mother Joyce McCord being a stage actress and her father, Robert Weist-Barron being director of commercials. He is American by nationality and belongs to white-American ethnicity/race.

Barron also has a sister, Allison Barron who is also an actress who starred in television commercials from a young age. Her grandfather, W. Richard Weeks was an opera singer, and her grandmother, Marion Weeks, was the first person to sing in talkies.

Dana graduated from the Hunter School, and then joined the New York University’s Stern School of Business and earned the distinction, majoring in business.

Alongside acting, she also pursued odd jobs including a manager at a restaurant named Chumley's in Green-wich where she worked for seven long years following which she served as a part-time teacher at the New York City Zoo.

Barron devoted her 19 long years to United in Harmony, an organization which organizes summer camps for homeless and underprivileged children. She founded an organization, Children Uniting Nations in 2000 which still works for the welfare of foster children.

Dana Barron began her acting at the age of ten, where she appeared in many TV commercials. She was cast in Hide and Seek on Broadway (1980), along with American actress, Christine Baranski.

She debuted through the 1980's film He Knows You're Alone, an American slasher film. Barron appeared alongside Don Scardino, Caitlin O'Heaney, and Elizabeth Kemp.

In 1983, Barron came into limelight with her role, "Audrey Griswold" in the 1983 American road comedy film, ‘National Lampoon's Vacation,’ which became a big hit internationally. The same year, she was featured in the TV film, The Brass Ring.

Afterward, Barron appeared in an episode of American soap opera, One Life to Live. The following year, she made her appearances in other hit series including The Equalizer, and Heaven Help Us.

In 1989, Barron’s performance in the American anthology series, CBS after-school special ‘No Means No’ won her a Daytime Emmy Award. She also portrayed the role of "Corrie Kroller" in American drama television series, In the Heat of the Night, the same year.

In 1992, Barron portrayed the character of Nikki Witt in an American drama series, ‘Beverly Hills, 90210’. Her performance in the series won her the Youth in Film Award for the best recurring actress.

Barron bagged a recurring role as Casey Wells in American western television series, The Magnificent Seven for two years until 2000. The series was based on the 1960 movie, a remake of the Japanese movie Seven Samurai.

From 2010 to 2009, Dana Barron appeared in the number of movies including The Perfect Nanny, Dumped, Night Class, National Lampoon's Pucked, A Letter to Dad, as well as in television series, Python, National Lampoon's Christmas Vacation 2, McBride: Murder Past Midnight, Pandemic, and many more.

Besides acting, Barron is also interested in film-making and she joined Symphony Pictures as Director of Development. She co-produced her first movie ‘Seduced By A Thief’.

In 2012, Barron was cast in the American television series, ‘Naughty or Nice’ as Brenda Weir. The move was the highest rated cable movie of the same year. The next year, her TV film ‘Snow Bride’ was released on the Hallmark Channel which received good reviews.

Dana Barron is possibly single. Previously she was in a relationship with Screenwriter, Michael Vickerman. They have a son, Taylor Vickerman together.

Barron was rumored to be in a relationship with Jeff Fiorentino, a former American professional baseball outfielder. She was also linked with Tom T. Schmeck.

In an interview with Michael Yo, Barron talked about her experience playing the role of Audrey. There she told the role, where she had to argue with her co-worker Michael Hall, was like a piece of cake for her as she and her little sister used to get into arguments with each other.

Dana Barron has earned an impressive sum of the money from her acting career. According to a few reputable online sources, Dana Barron has an estimated net worth of around $500 thousand as of 2018, but it is yet to be confirmed officially.

Some of her movies that made a good collection at the box office include: