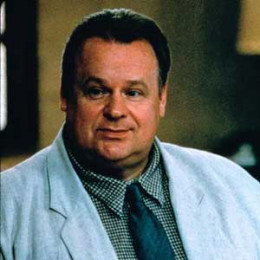 An American actor, George Dzundza is also a TV personality best known for Hack, Jesse, and Law & Order. He also served as an assistant director for the movies and TV series including- Crimson Tides, The Deer Hunter, and Basic Instinct. The Volpi Cup award winning actor, George is really appreciated by millions of fans. He earned much of the fame from the film, Basic Instinct for the supporting role and his credit includes National Lampoon's Adam and Eve and Superman: Brainiac Attacks.

Born as George F. Dzundza on 19th July 1945 in Rosenheim, Germany to Ukrainian father and Polish mother. Her parents were forced to work in the labor factory by the Nazis. However, George holds Amercian nationality and is of mixed ethnicity. He and his family lived in a displaced person camp for the few years when he was at his early age.

Later on, in 1956 they shifted to the United States and started living in Amsterdam for the first few years. Again they moved from Amsterdam to New York City where George attended Xavier High School for his schooling. Moreover, he graduated with a degree in speech and theater arts from St. John's University.

George debuted in acting from an exploitation horror movie, Massage Parlor Murders in 1973 with the role of Mr. Creepy. He also debuted in an American cop thriller TV series, Starsky & Hutch with the role of Crandell with the star cast- David Soul, Paul Micheal Glaser, Antonio Fargas, Bernie Hamilton and Richard Ward.

In 1987 he appeared in a movie named, No Way Out with box office collection of $35,509,515. He starred in the several movies including- The Beast, The Deer Hunter, White Hunter Balck Heart, Dangerous Mind and Crimson Tide and much more.

Geroge Dzundza has an estimated net worth of $2 million. He earned $350-$500k from her appearances in movies and Tv series. In 206, he sold his California house at $1.7 million. He has appeared in a number of box-office success movies and some of them are enlisted below,

George Dzunda is a married man, he tied the knot to his longtime girlfriend, Mary Jo Vermeulen in 1982 at an intimate ceremony. The couple is blessed with three daughters and living a happy life together. He is not active on any social networking sites.

In 2011, Dzundza retired from acting since then he directed several stages play including "Doubt" and "I Am My Own Wife" for local theatre groups.

George Dzundza married Mary Jo Vermeulen in 1982. The couple is still together living a happy life with their three daughters.

The first child of George Dzundza and Mary Jo Vermeulen is a baby girl. The couple has not revealed any information about their children.

Mary Jo Vermeulen and George Dzundza were parents to another baby girl. She is also kept far from the media and limelight.

The youngest child of George Dzundza and Mary Jo Vermeulen is again a baby girl who's information is also kept confidential.