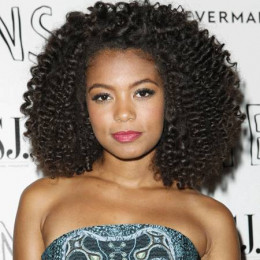 The American actor Jaz Sinclair is popularly known for her role of Angela in the movie "Paper Town" and Anna in "When the Bough Breaks". She debuted in the entertainment industry in 2009 from the film "Into Dust" and after her debut started appearing in various movies and Television series. Sinclair stars in the documentary series Masterclass in 2013 and Vlogbrother in 2014 where she appeared for two episodes each. Some of her popular series include "Revolution", "Rizzoli & Isles, Easy", "The Vampire Diaries".

Jaz Sinclair was born Jasmine Sinclair Sabino on July 22, 1994, in Dallas, Texas. She has a mixed ethnicity of Swedish, Irish, Italian and African-American for her mother and father. 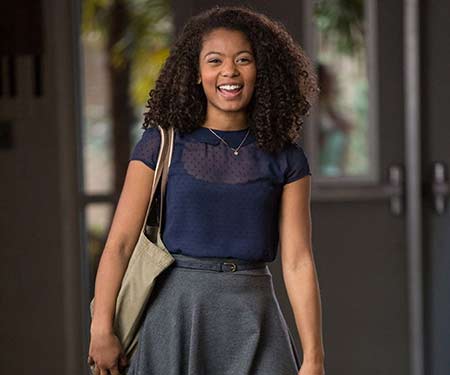 After finishing high school at 18 she moved to New York City in search of new opportunities. Before landing in films she used to work various jobs to pay her bills.

Jaz Sinclair debuted in the entertainment industry in 2009 from a movie named Into Dust where she portrayed the role of a Snotty Girl. After her debut, she started getting more movies and some of her movies are Ordained, Paper Towns, When the Bough Breaks and so on.

Later on, in 2013 she made her small screen debut from the American documentary show, Masterclass where she appeared for two episodes. Then she starred in another documentary show VlogBrothers in 2014. Some of her popular series include Revolution, Rizzoli & Isles, Easy, The Vampire Diaries and so on. 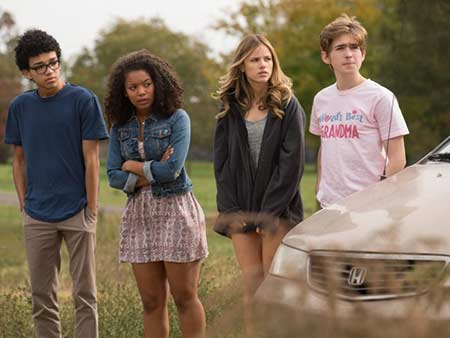 Jaz Sinclair with her cast members of the movie, Paper Towns.
Source: ealear

Her recent 2018 project include a horror movie called Slender Man which was released on August 10, 2018. She is cast in the main role to play Rosalind Walker in the upcoming series Chilling Adventures of Sabrina.

Jaz Sinclair's net worth is estimated to be $3.3 million by various online sources. Her major source of earning is from her career as an actress. Some of her movies did well in the box office collection.

Jaz Sinclair is rumored to be in a relationship with actor Justice Smith according to various online sources but the details regarding their dating life are not mentioned. Both of them haven't confirmed their relationship but their tweets about each other made their friendly relationship suspicious.

He is also an aspiring actor and they have worked together in the movie Paper Towns. They are said to have started dating in 2015 after meeting on the set of their movie. Besides Justice, she is not linked to anyone. 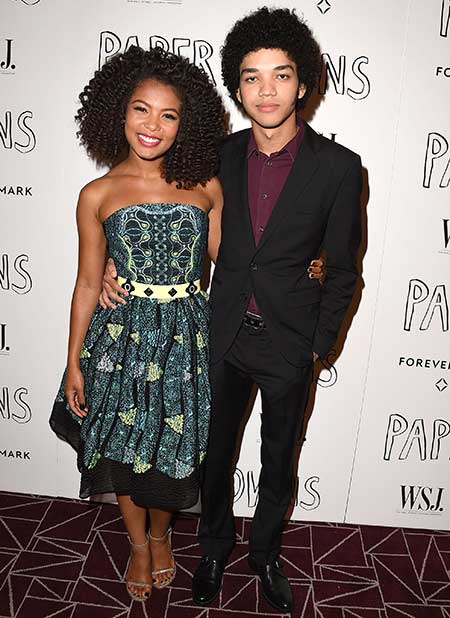 She describes herself as a wanderlusty old-soul and a sensitive creature. Sinclair loves traveling and exploring nature. When she was small she used to go camping and hiking with her grandfather which she enjoyed a lot.

Besides, she loves exercising and often does yoga. She likes reading books and often spends her free time in bookstores. Sinclair is very active in social media handles like Instagram and Twitter. She has around 306.3k followers on her Instagram and 13.6k on Twitter.