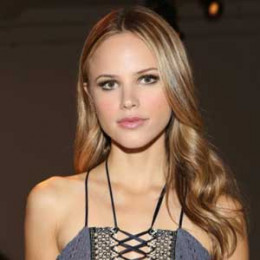 Halston Sage is an American actress who debuted in the entertainment industry in 2011 and has been wowing us with her presence till present. She is widely known for her roles in popular movies like "Grown Ups 2", "Paper Town", "Neighbours" and "Goosebumps". She also appeared in music videos "Beggin' On Your Knees" by singer Victoria Justice and in the 2015 song "Loving You Easy" by Zac Brown Band.

Halston Sage was born Halston Jean Schrage to parents Lenny Schrage and Tema Schrage on May 10, 1993, in Los Angeles, California. She was born into a Jewish family and grew up with her younger brother Max Sage and a younger sister named Kate Sage. As for schooling, she enrolled in an all-girls school. 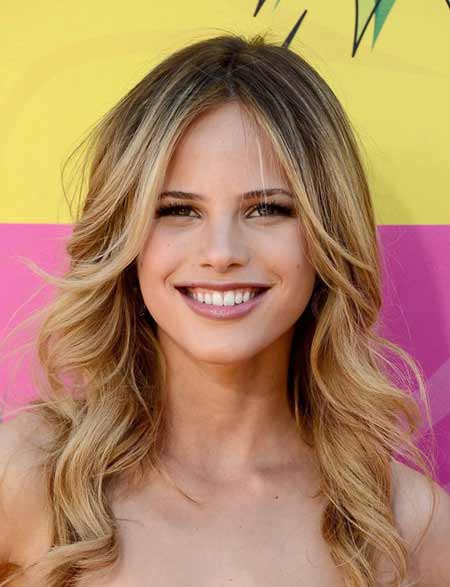 Growing up she was interested in horse riding and used to ride them as a hobby for 8 years. She was a very skilled horse rider. Sage was into writing as well and used to be an editor at her high school where she used to edit the school's newspaper articles. Alongside riding and writing, she also had a passion for modeling and did some modeling at the age of 14.

Sage interest in acting started at an early age and while on a family vacation, she met an agent at age 10 and he asked her if she wanted an agent. After some years she contacted him and her career as an actress commenced.

She debuted in the entertainment industry in 2011 in a Televisions series named Victorious where she featured in an episode playing the role of Sadie. Then, a year later she was cast in a short movie named Joan's Day Out and in the movie The First Time which was her big screen debut where she portrayed the role of Brianna.

Similarly, Sage has appeared in music videos like Beggin' On Your Knees by singer Victoria Justice and in the 2015 song Loving You Easy by Zac Brown Band.

Sage has been a part of many popular movies. Her film Grown Ups 2 was a huge hit in the box office which collected $247 million worldwide. In the movie, she acted alongside Adam Sandler, Kevin James, Chris Rock and David Spade.

She was also cast in movies like Neighbours, Poker Nights, Paper Towns and Goosebumps which had a huge buzz among the teens and youths especially. The American comedy movie Neighbours was commercially a huge success which had popular actors Zac Efron and Seth Rogen. 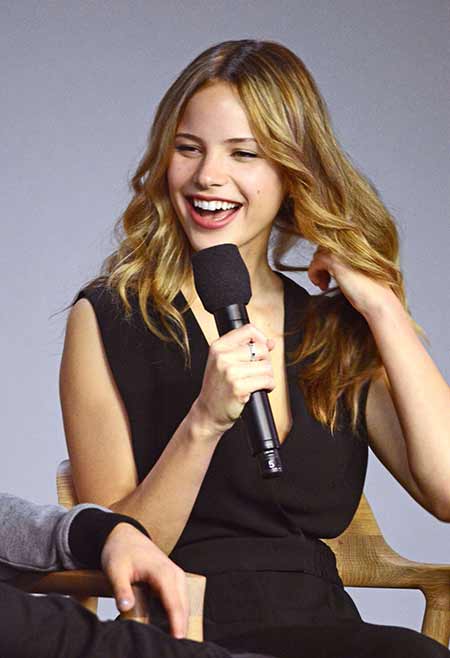 Sage at an event of movie Paper Town.
Source: GotCeleb

Her 2017 movie named You Get Me which featured other popular actors Bella Thorne and Taylor John Smith. In the movie, she appeared in the role of Alison Hewitt.

Sage is cast in the 2019 film The Last Summer whose release date is not finalized. The movie stars some young actors like KJ Apa, Jacob Latimore, Maia Mitchell, Tyler Posey and Gage Golightly.

Sage has been appearing in many TV series since her debut in 2011. She was cast as one of the main lead in the 2012 Nickelodeon series, How To Rock where she appeared in the role of Grace King for 25 episodes.

The same year she got cast in two series namely Bucket & Skinner's Epic Adventures and Figure it Out. Sage lead another series named Crisis in 2014 portraying the role of Amber Fitch. In 2017, she was chosen for Fox's series The Orville to play the role of Alara Kitan alongside Seth MacFarlane, Scott Grimes, and Chad Coleman.

Halston Sage is estimated to have a net worth of $3 million which she earned from her career as an actress. She has been cast in several movies and TV series in her 8 years of acting career.

Sage owns a luxurious car but the details are not mentioned.

Her movies were a huge success and grabbed a huge box-office collection worldwide.

As of July 2018, Sage is not involved in any relationships, however, had an affair with Glee actor Chord Overstreet in January 2014. They dated only for some time and ended their relationship too soon at the beginning of April of the same year.

As she studied in an all girls school she feels she missed out from a traditional high school life where she could have experienced a different life. Growing up she had two horses name Scout and Camille and even took part in some competitions as well.

Sage enjoys watching movies from the eighties era but her favorite one is the 1999 movie Girl, Interrupted. She loves the Twilight franchise. She finds actress Scarlett Johansson inspiring.

Her favorite pass time on weekends is riding bikes to breakfast. She owns two pet dogs a Golden Doodle and an Alaskan Klee Kai. Sage is often seen Instagramming her dogs and has around 541k followers on her account as of 2018.