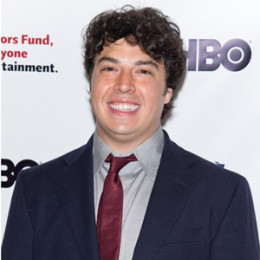 Jon Bass is an American actor better known for his role Ronnie Greenbaum in the movie, Baywatch, and Del Plimpton in the American comedy television series, Big Time in Hollywood, FL. Also, he has played several TV series including Girls, The Newsroom and American Horror Story: Roanoke.

Jon Bass was born on 22nd September 1989 in the United States. He grew up in the city of Bellaire, Texas and did his school education from Bellaire High School.

Later, he attended Boston University majoring in theater arts and after completing the degree, he moved to New York City to further his acting. There he starred in some Off-Broadway plays and auditioned for the role of the Elder Arnold Cunningham in the Broadway musical The Book of Mormon but couldn’t get the role.

A year later, he played a role in Denver and Los Angeles productions. Later he finally got the part of Elder Arnold replacing Josh Gad. Then he was cast in some of the short movies including Advice and The Refrigerator.

In 2014, he made his TV debut in the American television series, Girls. Lena Dunham created it and she also starred in it along with Allison Williams, Jemima Kirke, Zosia Mamet, Adam Driver, Alex Karpovsky and so on. The same year, he was cast in the TV series like The Newsroom and Next Time on Lonny.

In 2015, he appeared in the American found footage drama, thriller and horror movie, Ratter, in 2015. The movie was directed by Branden Kramer which starred Ashley Benson and Matt McGorry. He was also seen in the movie, Jane Wants a Boyfriend as Steve.

He was praised for his role in the movie, Loving directed by Jeff Nichols and in the TV series Big Time in Hollywood, FL created by Alex Anfanger and Dan Schimpf. In the TV series, he has shared the screen along with Alex Anfanger, Lenny Jacobson, Kathy Baker and Stephen Tobolowsky.

His next successful movie was Baywatch, an American action comedy movie directed by Seth Gordon which starred Dwayne Johnson, Zac Efron, Alexandra Daddario, Kelly Rohrbach and David Hasselhoff. The movie has successfully earned the box office collection of $177.9 million from all over the nation. He portrayed the role of Ronnie, a funny, awkward and a skilled disco dancer who falls in love with Rohrbach’s C.J. Parker character at the beach.

Moreover, his upcoming flick movie is Molly’s Game directed by Aaron Sorkin which will be released on 22nd November 2017. The movie is the American crime drama film which stars Jessica Chastain, Idris Elba, and Kelvin Costner.

This 28 years old actor, Jon is currently single. His past relationships are also still a mystery. Many of his fans are curious about his personal details like has he dated anyone, his girlfriends and so on. But due to his secretive nature, he has done very well to keep it away from the spotlight.

Jon actively participates in social sites including Instagram where he has over 66.7k followers.

Jon has appeared in many hit series and movies. Recently, he appeared in Baywatch which earned $177 million. He also must have been paid a good amount as well. Considering his success as an actor her must probably have a net worth in seven figures.