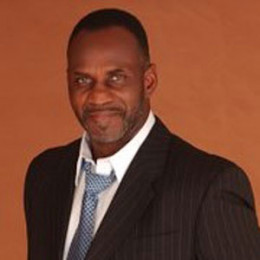 Julius William Tennon, better known as Julius Tennon, is an American actor and producer. He is better known for his work in Batman v Superman: Dawn of Justice, Dazed and Confused and Small Soldiers. He along with his second wife, Viola Davis is the co-founder of JuVee Production, founded in 2009. The husband and wife are together since 2003 and has adopted a baby girl, Genesis.

Julius Tennon was born on 24th December 1953 to African American parents in the U.S.A. He studied at the University of Tulsa where he was a full football scholar and majored in theater becoming the first African-American to do so.

He made movie debut from Riverbend, in 1989. He shared the screen with Steve James. Then he landed a role in Hard Promises in 1992.

In 1993, he made an appearance in the miniseries, John’s Jakes’ Heaven and Hell: North and South, Part III. The same year, he worked on the Dirk Benedict’s crime movie, Shadow Force.

He also worked in Daniel Barenz’s directed movie, Won’t Back Down, which starred Maggie Gyllenhaal, Viola Davis, Holly Hunter and so on. Later, he worked in successful drama series including Criminal Minds, Rizzoli & Isles.

Apart from acting, he has co-founded JeVee Productions, a production company founded by Tennon and his wife Davis in 2009, where they operate with the goal to help actors of color tell stories people might not have heard.

Julius is in a married relationship with Viola Davis, an American actress, and producer, since July 2003. The couple exchanged vows in a private ceremony with the involvement of the only family and close relative plus close friends. Viola first Julius for the first time on the set of CBS’s the City of Angeles and eventually started dating each other.

The husband-wife have already renewed their vows thrice; the last one was a year ago in 2016 on Valentine’s Day. Julius was in a white suit and Viola was dressed in a white gown by Carmen Marco. They shared the moments on social sites.

They adopted a child in October 2011 and named her, Genesis. She even attended their third re-marriage of 2016. Also, he has two sons from his previous relationship.

Also, he has a son and a daughter from his previous relationship but their name is still unrevealed and has not revealed yet in social media.

Julius has played more than 50 movies and TV series in his life time. He is a co-founder of JuVee production and has successfully delivered different movies. Though his net worth is not published yet, he shares his wife, Viola’s net worth of $3 million.

Viola Davis married his second wife Julius Tennon on 23rd June 2003. She is an American actress better known for her role in the movies like Kate & Leopard, Far From Heaven and the television series, Law & Order: Special Victims Unit. She is the first black actress to win the Triple Crown of Acting.

Genesis is the adopted daughter of Viola Davis and Julius Tennon who was born in October 2011. She is Christain and regularly attends services at Oasis Church in Los Angeles.