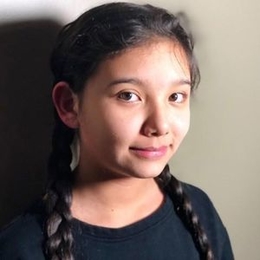 Kiawentiio Tarbell's story as Ka’kwet on Anne with an E was unfinished, but here's a complete story to the rising actress. Did you know she won her debut role among 235 girls?

A true artist at heart, Kiawentiio Tarbell, has decided she wants to do acting for the rest of her life. Although Tarbell has a few doubts about it, we can certainly tell, her fate is already determined. And, besides, Kiawentiio can paint, sing and play many sports too like ping-pong, volleyball, and softball. What a gem!

The Canadian child actress played a North American character named Ka’kwet of an Indian indigenous group called Akwesasne. Kiawentiio Tarbell also belongs to an indigenous group, the only difference being that she is a Mohawk, an Iroquoian speaking people of the Akwesasne community among the Indian American tribes.

Born and raised in Akwesasne, Ontario, with two more elder siblings; a sister and a brother, Tarbell has expressed her pride to be on the show and for the show showcasing the real history of the indigenous people in the nineteenth century which wasn't originally in the Lucy Maud Montgomery's version. 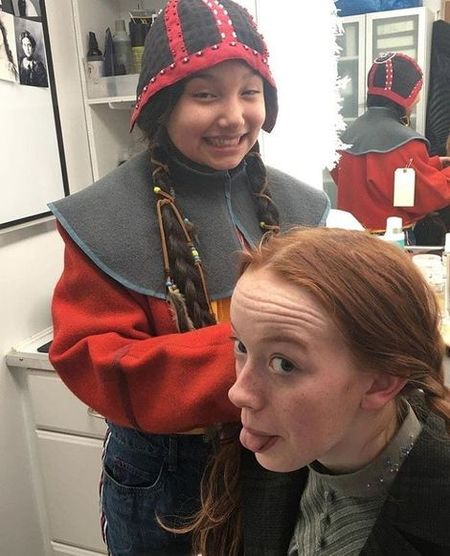 Not to mention, Tarbell is also proud of her Mohawk heritage as she claims it on her Instagram bio. And as a Mohawk, Kiawentiio had to learn the language of Mi’kmaq people, the Indian tribe her character Ka’kwet belonged to in the fiction. But, it wasn't really a problem for her as Tarbell found a few vocabularies similar to her mother tongue and the Mikmaq's language.

Believe it or not, it was the first-ever audition of Kiawentiio Tarbell and she thought that she would not stand a chance to be shortlisted for the role of Ka’kwet, let alone among 235 other girls who signed up for it. 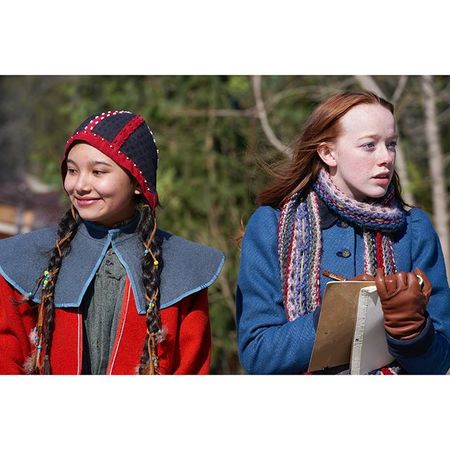 Kiawentiio Tarbell and co-star Amybeth McNulty on the set of Anne with an E. SOURCE: Pinterest

Tarbell who was so young then as she wasn't even at the age of 12 only learned that later. Tarbell decided to go for it anyway. And the rest is history. FYI, her mother was the first to know about it. And, learning from her own experience, Tarbell wants all the young and afraid aspiring actors to try, no matter what the result will bring.

As a matter of fact, the co-executive producer of the series, Tracey Deer, was so mesmerized by her talent, that she decided to cast her as the lead character called Beans on her next movie of the same title. Tarbell who was also once interviewed by Entertainment Tonight Canada must have earned no less than $5000 in the hit CBC series which was her first acting debut and job. 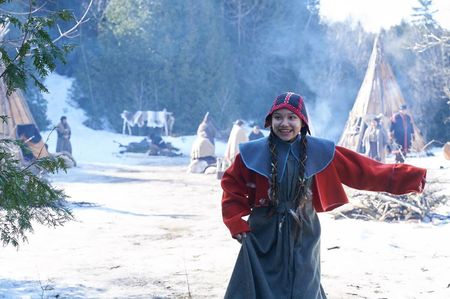