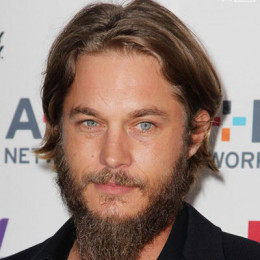 He is an Australian actor and former model best known for his role in the History Channel's series Vikings as Ragnar Lothbrok and starring in the TV series The Beast. He is the son of Chris, a cattle farmer and Jennie, a nurse. He is associated with Calvin Klein's product campaigns. In 2002, by the America's People magazine he was named one of the world's sexiest bachelors and at the time was regarded as "the most demanded male model in the world".

Travis Fimmel was born on July 15, 1979, in Lockington, Victoria, Australia to Jennie Fimmel, a recreation officer for the disabled, and Chris Fimmel, a cattle farmer. He is Australian by nationality and belongs to the English-Australian ethnicity.

Fimmel was the youngest son of his parents and he was raised along with his two brothers in a 5,500-acre dairy farm in Lockington. He moved to Melbourne in his late teens to play for the St Kilda Football Club in the AFL.

Travis Fimmel’s modeling career began when he was spotted by a talent scout for Chadwick Models agency at a gym in Hawthorn, a suburb in the Melbourne. Soon he moved to the US to pursue his passion. Despite being broke and barefooted, Travis walked into the office of LA Models in 2002 and was remarkably signed on the spot, as he then secured a six-figure deal to model exclusively for Calvin Klein for a year.

Travis modeled CK's Crave men's fragrance campaign and the brand's famous underwear. He soon became the most in-demand male model in the world and was subsequently named one of the world's sexiest bachelors by America's People magazine in 2002. He appeared on various magazine covers like France's ‘Numero Homme’ and America's ‘TV Guide. 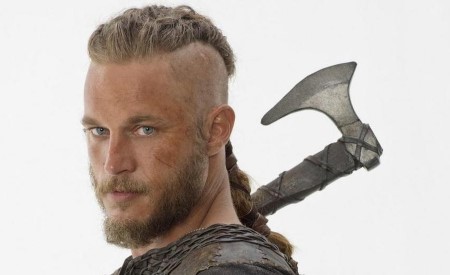 After making it as a model, Fimmel then tried his luck in acting. He began to take acting lessons under coach, Ivana Chubbuck. His acting debut was with TV series named Tarzan in 2003. Fimmel officially retired from modeling in 2009.

Post his retirement as a model, Fimmel performed in several movies such as Rocky Point, Southern Comfort, Restraint, Ivory, Pure Country 2: The Gift, Outlaw Country, and series like The Beast, and few others. He also portrayed the lead role in the series, Vikings with co-stars, Jessalyn Gilsig and Katheryn Winnick. Fimmel is scheduled to appear as Harry Barber in the 2018 movie Finding Steve McQueen.

Travis Fimmel has been romantically linked with numerous women throughout his career. One of them includes his ‘Warcraft’ co-star Paula Patton rumored to be one of his past girlfriends. However, Fimmel feels awkward doing intimate scenes in front of the production people. 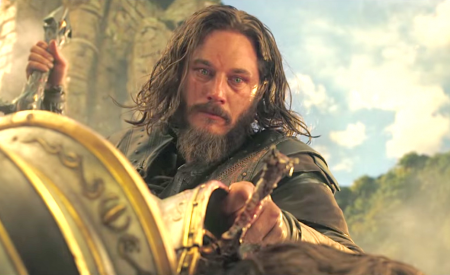 He briefly dated American fashion model Jessica Miller in 2002. In 2004, he had an affair with American actress Jill Marie Jones.

In an interview, the actor said he wants to get back to the simple farm life. Meanwhile, he loves Australian rules football, surfing, riding motorbikes, camping, and going to the beach. He played a celebrity cricket match in 2009 in Australia vs England Hollywood Ashes with fellow Australian celebrities Jesse Spencer and Cameron Daddo.

Travis Fimmel's net worth is estimated to be $3 million, most of which is thanks to his successful career as a model and an actor. He was the first male to sign a six-figure deal for Calvin Klein while being the most in-demand male model in the world in 2002.

Moreover, Fimmel's debut series, Tarzan was largely appreciated by the viewers. Meanwhile, his most notable movies Warcraft and Maggie's Plan made box office collections of $433.7 million and $4.9 million respectively.