Home Article All eyes were on them; Seven of the best looking Couples during the Oscars 2018

All eyes were on them; Seven of the best looking Couples during the Oscars 2018 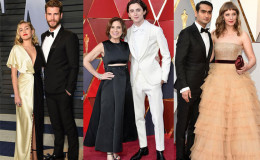 This year Oscars was pretty much lit by all the celebrities glam all around the red carpet. Hundreds of the biggest stars posed with their loved ones, some with family members while some with their partners.

Love was in the air at the Oscars. In this section, let's take a look at the seven of the best-looking pairs who walked the red carpet.

Seven Of The Best Looking Couples on Oscars 2018

The Oscar this year was quite different from the usual as it involved a lot of political moments including, #MeToo and Jimmy Kimmel taking a dig at all the recent incidents that happened in the country and the entertainment industry.

The movie, Shape of Water won the Best Picture, whereas Gary Oldman and Frances McDormand won the Best Actor and Actress in a leading role, respectively. 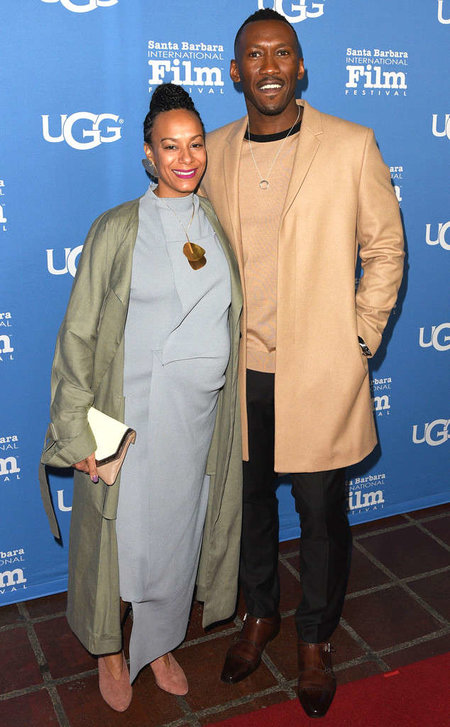 The couple looked so loved up as they cuddled together and glittered the red carpet. The 44-year-old actor wore a dark emerald velvet jacket and his wife contrasted her husband's clothes while wearing a beautiful light gold gown adorned with colorful birds.

The pair became parents for the first time earlier last year in February 2017, two days after he won his first ever Academy Award. In this year's Award show, he presented the Best Supporting Actress.

Timothee Chalamet, who became a sensation from his breakout role in the movie, Call Me By Your Name, bring none other than his mother Nicole Flender during the Oscars Awards. 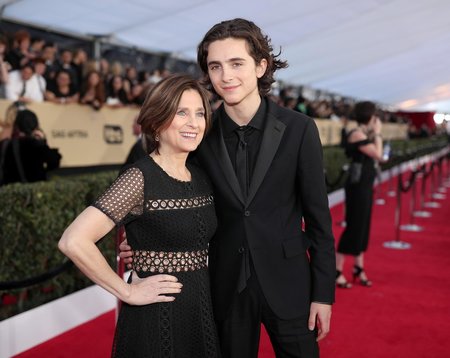 Timothee attended the Oscars along with his mother Nicole Flender
Source: Popsugar

The cute 22-years-old actor became a subject of a big trend on Twitter as he brought his mother as his date at this year's Oscars. The mother-son duo wore a contrasting and striking dress. The young actor opted for a full white Tuxedo while his mother looked gorgeous in a classic black dress with a crop top cutout.

The actor was one of the nominees for the Best Actor award, but in the end, Gary Oldman won the award. Well, it's a big feat in itself to get an Oscar nomination at the age of 22. 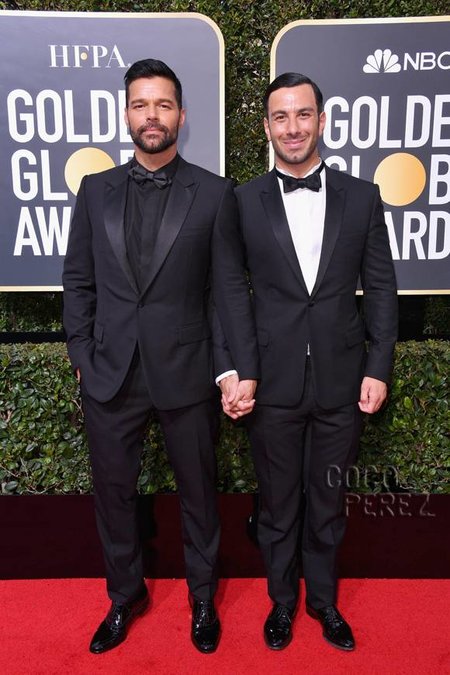 Ricky Martin along with his husband Jwan Yosef at the Golden Globe
Source: Perez Hilton

Ricky and Jwan somehow matched their outfit as Ricky wore a Midnight Blue Tuxedo and Jwan a full black suit. Singer Paulina Rubio also accompanied them. Ricky and Jwan both officially announced they got married earlier this year in January.

Photographers captured the gay couple as they stepped out from the event at The City of West Hollywood Park.

As we talked about the best gay couple, now's the turn for the best lesbian couple. Veteran actress Holland Taylor stepped out along with her partner of three years, Sarah Paulson. 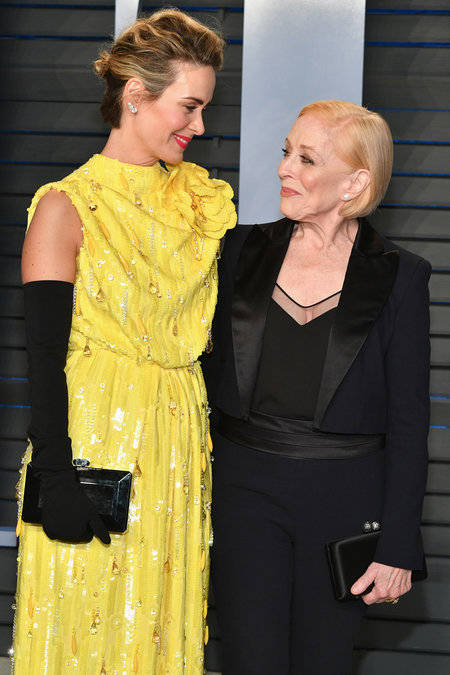 Couples like them shows how our society is changing for better. Both of them looked cute as they kept it simple and classy. Fashion Designer Marc Jacobs designed Sarah's yellow gown and topped it off with black elbow-length gloves and color-coordinated clutch.

Sarah's date, Holland rocked a simple business casual. She looked classy in a head-to-toe black ensemble including blazer, top, slacks, and shoes. The couple is dating since 2015. Sarah and Holland both are the winners of Primetime Emmy Award.

By now Sam Rockwell has become a sensation after his big win in the Oscars. For those of you still have no idea, the actor won The Award for Best Supporting Actor in a movie. He won the award for his role in Three Billboards Outside Ebbing, Missouri. 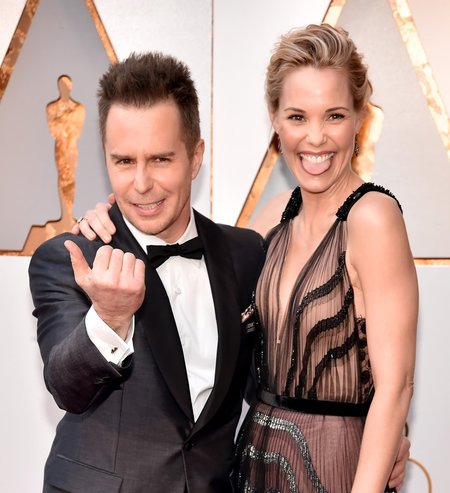 In the red carpet, he made an appearance with his partner of 10-years, Leslie Bibb. In many of the award functions, the adorable couple usually becomes the star of the show. During this year's Oscar as well, Sam and Leslie made sure to steal the show.

Their relationship is going strong for a long time now and in order to give tribute to her, Sam wore a bold Cufflink with Leslie's name. Sam wore a simple black tuxedo while Leslie looked cute in a simple black gown.

Pakistan born American stand-up comedian, Kumail Nanjiani took the spotlight in the show when he along with Oscar winner Lupita Nyong'o encouraged all the people living outside to never give up on their dreams. Their speech directly tackled the issue of Immigration that's been going in the United States for the past year or so. 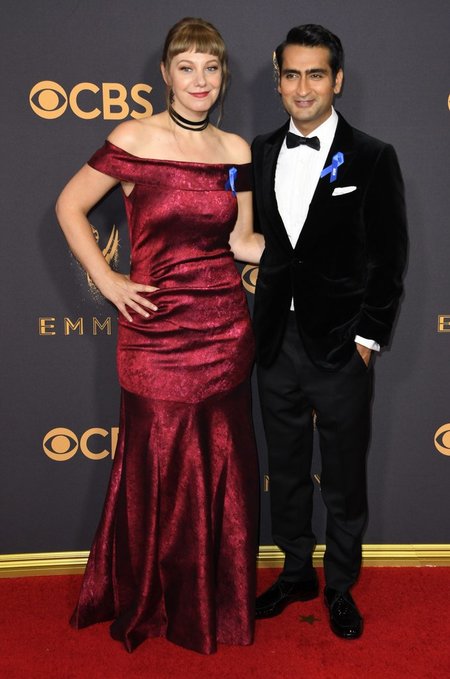 The comedian not only inside the arena but also attracted attention when he walked the red carpet along with his wife Emily V. Gordon. The couple looked adorable together as Kumail wore a black tux while his wife of 10-years looked pretty in a gold frilly dress.

The couple was nominated for Best Original Screenplay for their film The Big Sick. Kumail and Emily tied the knot in 2007.

One of the most talked about couples in the entertainment industry purely because of their unpredictable nature. Liam Hemsworth and Miley Cyrus both showed that 'Love Is In The Air.' 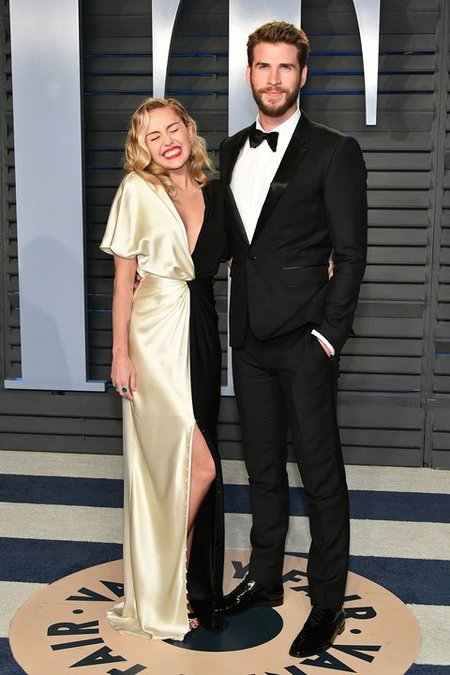 Though both of them didn't attend the actual ceremony they made sure to attend the Vanity Fair Oscar Party in Beverly Hills, California. The Wrecking ball singer decided to wear a silky, cream and black gown and along with her blonde hair, it looked really hot.

Miley and Liam both showed their rings which proves their love is back to it's best.

Well, these were some of the best-looking couples during this year's Oscars. You think any other celebrity couple looked good as well, do let us know in the comment section below.