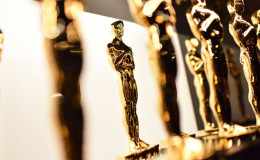 This Year's Oscar is out Ladies and Gentlemen; Who was the Biggest Winner? Seven of the Biggest Wins of 2018 Academy Award; From Gary Oldman to The Shape of Water; Sam Rockwell; Also, see..

Every year whenever the time of Oscar is nearing, fans started wishing that their favorite stars or movies win the coveted the Academy award. It's true, winning the Oscar is a dream that every big star hopes for in his or her lifetime.

The Global Event is full of joys, emotion, sarcasm, and whatnots and this year was no exception either. From going political to talking about all the issues surrounding the world, the show was full of ups and downs.

But due to it's fixated time schedule, people all around the world were not able to watch the show live. Fret not, as today in this section, we will cover seven of the major winners of this year's Academy Award.

Seven Of The Biggest Wins Of 2018 Academy Award

Jimmy Kimmel opened the show with his witty sense of humor while talking about many issues inside the United States. Though not directly, Jimmy made sure to cover all the aspects, like Donald Trump, Harvey Weinstein Scandal and many more.

But upon his opening monologue ended, the Awards and comments came pouring in. Let's get right into it.

Like many years, there was numerous candidate from all around the world for the category of Best Foreign Language Film. But the movie, A Fantastic Woman (Chile) took everyone by surprise as it swept away the award. 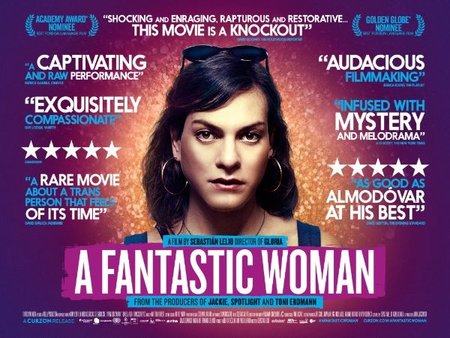 The movie is about a transgender singer who loses tragically loses her boyfriend. Because of the incident, she became the victim of the discontentment and mockery. Actress Daniela Vega played the role of Marina Vidal. Sebastián Lelio directed the film.

The other four nominees were The Insult (Lebanon), Loveless (Russia), On Body and Soul (Hungary), The Square (Sweden).

As soon as the show started, Best Supporting Actor was in the cards. After the Best Leading Actor in a Role, this category is the most followed one. The nominees for this year were, Sam Rockwell, Willem Dafoe, Woody Harrelson, Richard Jenkins, and Christopher Plummer. 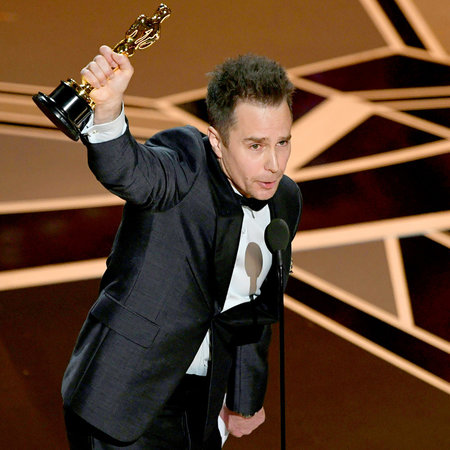 Sam Rockwell won the Supporting Actor Oscar for his role in Three Billboards Outside Ebbing, Missouri
Source: US Weekly

And the Oscar went to, Drum Rolls!....Sam Rockwell, for his role in Three Billboards Outside Ebbing, Missouri. The actor went to the stage as he kissed his beloved partner of 10-years, Leslie Bibb. The actor was very emotional as we could literally see the tears of joy on his face.

He has also won the Golden Globe Award, Screen Actors Guild, and Critics Choice Movie Award, for the same category and that too in the same movie.

If there is something called sheer hard work and patience, then American actress, Allison Janney is the epitome of it. She is the part of the entertainment industry for a long time. 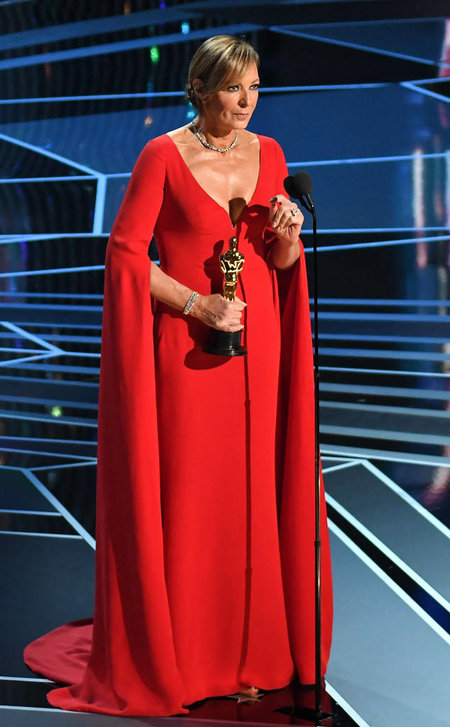 We have all seen her exceptional acting skills in the movies and TV series such as Mom, The Wing West, and I, Tonya. And finally, after years of waiting, she won the much deserved Best Supporting Actress for the movie, I, Tonya.

According to the actress, she'd already given up on the idea of winning an Oscar. In a post winning interview with USA Today, she stated,

'I had given up thinking this could happen to me'

The other nominations for the awards were, Mary J. Blige, Lesley Manville, Laurie Metcalf, and Octavia Spencer.

4.) Best Actress In a Leading Role

Now we're getting closer and closer to the main highlights of the show. This year the nominees for this category were giving each other a very tough competition. The nominees included the likes of Meryl Streep, Saoirse Ronan, Margot Robbie, Sally Hawkins, and Frances McDormand. 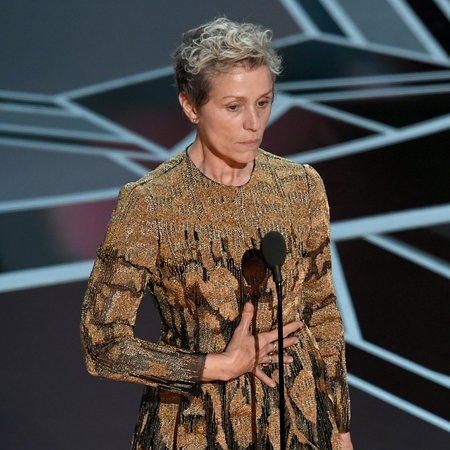 Jennifer Lawrence came to the stage to announced the award and it went to none other than Frances McDormand. This was the second Oscar for the actress and her fifth nomination.

Soon after winning the award, during her speech, she said,

“I’m hyperventilating, so if I fall over pick me up because I’ve got some things to say. Look around … we all have stories to tell and projects we need financed.”

The actress previously won the Oscar in 1996 for her role in the movie, Fargo.

3.) Best Actor In a Leading Role

Over the years, we've seen big stars like Al Pacino, Clint Eastwood, Denzel Washington, Robert De Niro, win the Best Actor. This time it was no exception either as a well deserving candidate won the award. 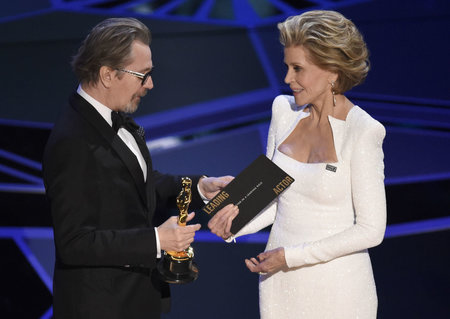 Gary Oldman won his first ever Oscar for his role in Darkest Hour
Source: El Paso

Before unveiling the winner first let's know who were the nominees for this award. They were, Timothée Chalamet, Daniel Day-Lewis, Daniel Kaluuya, Denzel Washington, and Gary Oldman.

By now you may have guessed the winner. For his exceptional portrayal of Winston Churchill, in the movie, Darkest Hour, Gary Oldman won the award. This was the first ever win for the English actor.

During his speech, the actor wholeheartedly thanked the Hollywood to provide him with this opportunity.

Every year thousands of movie touches our hearts but there are some movies whose direction is just spot on. It's a given fact that direction is the heart and soul of any movie. Without any proper direction, the movie or anything strays away from its objective. 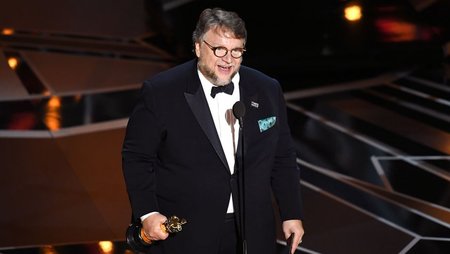 Guillermo del Toro won his first Oscar as the Best Direction for the movie, Shape of Water
Source: Hollywood Reporter

Probably because of his numerous blockbuster movies, but this time it was different. Guillermo del Toro won the award by a far margin for his direction in the movie, The Shape of Water.

Toro was also the director of the movie, The Revenant for which Leonardo DiCaprio won his first ever Oscar back in 2016.

One of the most prestigious and waited awards of all year. There are thousands of films which easily deserve an award and then there are some like The Shape of Water, which just easily wins over your heart. 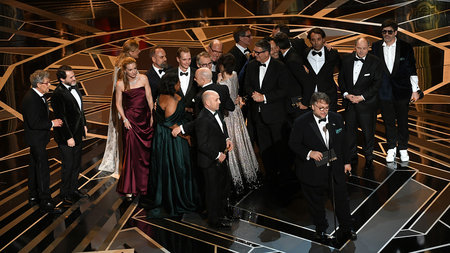 The movie, Shape of Water won the Best Picture in this year's Oscar
Source: Market Watch

And surprisingly enough, Guillermo del Toro was the one who directed this movie. Though people were half expecting Faye Dunaway and Warren Beatty that they would mess up the winner once again just like last year.

But this time both of them double checked the envelope. The movie took home four awards, including, Best Original Score, Best Production Design, and Best Direction.

The movie cast and all the members were on stage to accept the award.

So that was it for the list of biggest winners of this years Oscars. Are you satisfied with the results? Do let us know in the comment section below.