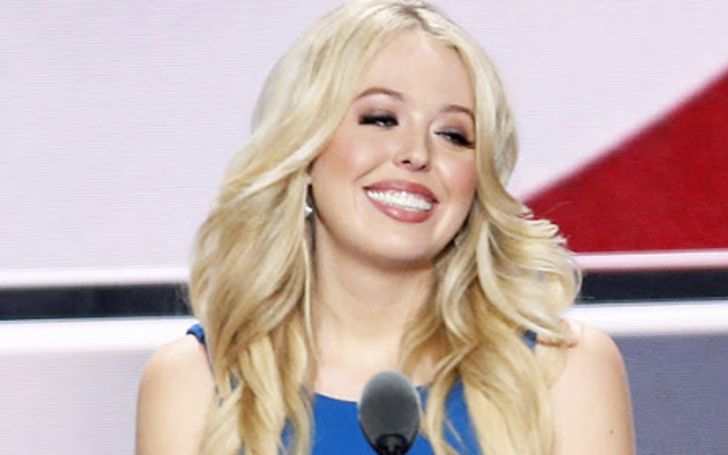 Congratulations are in order for the First Family of America. The first daughter Tiffany Trump is now a law school graduate.

On Saturday, Tiffany Trump, the fourth child of President Trump, graduated from Georgetown University with a law degree. The graduation ceremony was performed virtually because of coronavirus pandemic. 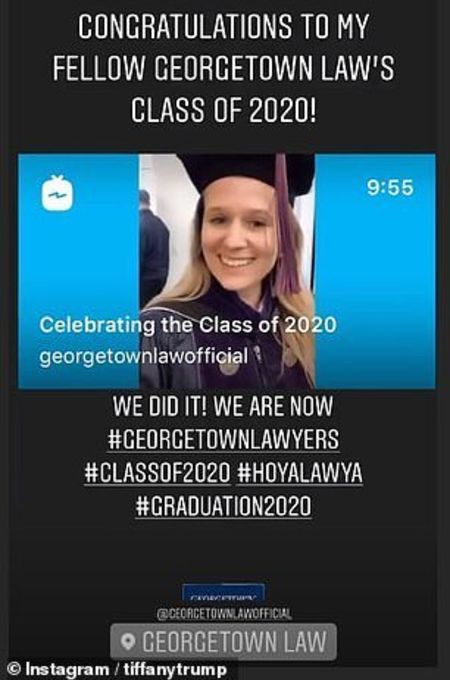 As soon as the graduation was over, Tiffany's current boyfriend, Michael Boulos, sent a heartfelt message for his girlfriend on Instagram Stories. He wrote: "Congratulations Tiffy! You've come a long way to get to this point and after all the hard work and sleepless nights, you more than deserve it, it's only the beginning now, love you honey and congrats again."

The 26-year-old started dating Nigerian native Michael Boulos from 2019 after meeting him in Greece while vacationing. Earlier that year, she broke up with her long-time boyfriend, Ross Mechanic. 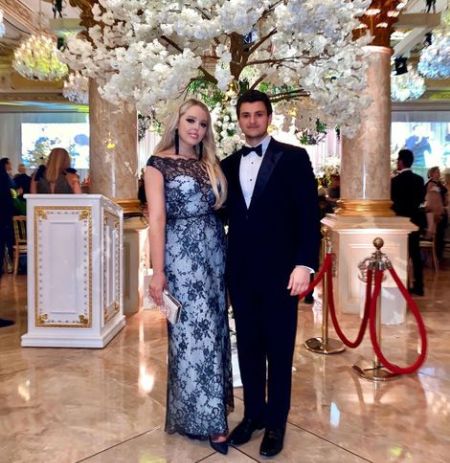 Many were expecting to see similar congratulatory messages from the Trump Family, but there were none. Till Tuesday, there was no public message from any member of Trump Family. When the news outlets pointed out this fact, President Trump sent out a tweet on Wednesday.

The 45th President wrote that he is very proud of Tiffany from graduating from a great school. He also added that there was a lack of lawyer in the family, and he is happy that he is finally getting one.

Tiffany, who is the only child of Donald Trump from his second marriage to Marla Maples, joined Georgetown Law Schol in 2017. It is reported through despite having a full-time United Staes Secret Service Protection at college, she relatively had a normal academic experience. She blended with other classmates pretty well.

It is not clear what Tiffany plans to do after graduation. The youngest daughter of Donald Trump, however, in an interview with George Stephanopoulos back in 2016, stated that she is interested in joining the family business and bringing a new set of skills to the company. 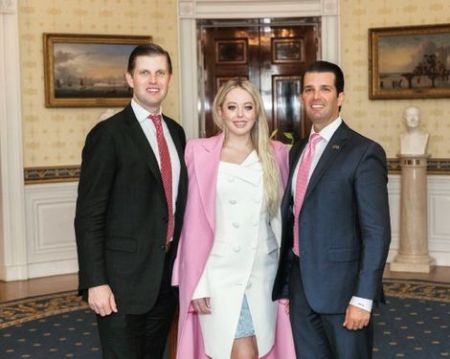 Three years have passed since that statement with ABC Host, so there is a chance her views might have changed. It will be interesting to see if  Tiffany follows her half-brothers Donald Trump Jr. and Eric Trump and join Trump's business, or will she assume an official post in the White house like her sister Ivanka Trump and brother-in-law Jared Kushner. There is no doubt whatever she plans to do; it is sure to create the headlines.