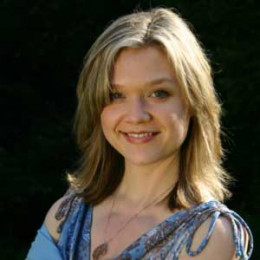 American actress and painter, Ariana Richards is best known for portraying the role of Lex Murphy in the blockbuster movie, Jurassic Park. She was awarded Young Artist Awards for three consecutive years 1991, 1992, and 1993 for her breakthrough performance. Richards most recent filmography was "Battledogs" which was released on 2013 since then she hasn't appeared on the screen. She became more focused on her art career. Currently resides in Oregon, Richards is happily married to Mark Bolton in January 2013 and the duo is blessed with a daughter.

Ariana Richards was born Ariana Clarice Richards on September 11, 1979, in Healdsburg, California, U.S. She is the daughter of  Darielle (née Garrison), a public relations representative and film producer, and Gary Richards. She was raised along with her sister, Bethany Richards who is also an actress. 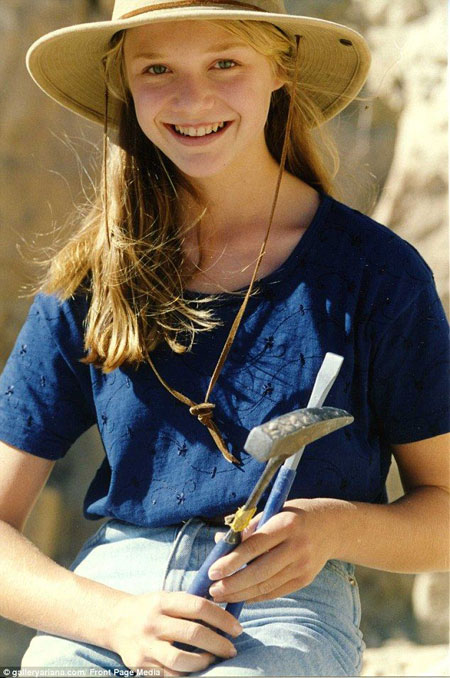 Richards is American and belongs to the White-American ethnicity. Her maternal grandmother was of Italian descent. She is a Renaissance of painter Carlo Crivelli.

She attended Skidmore College in 2001 and completed her graduation in Fine art and Drama with distinction.

Then she joined Art Center College of Design, Pasadena, California and earned a degree in Anatomy for Art Drawing and Sculpture. In 2006, she graduated from Western Oregon University.

Ariana Richards started her acting career as a child artist. She first debuted on the screen at the age of 7 with hair salon commercial as a ballerina. After a year, she made her acting debut with TV series, Into the Homeland. The following year, she made her film debut in action comedy parody film, I'm Gonna Git You Sucka.

Then Richards appeared in numbers of films like Prancer, Tremors, Spaced Invaders, Timescape, and others. But she rose to fame after starring in the movie, Jurassic Park where she portrayed the role of Lex Murphy. She was chosen among hundreds of girls for the role of Lex when her screaming video succeeded to impress Steven Spielberg's wife.

On the recommendation of his wife, Spielberg watched Richards video and called her to his office and she eventually landed the role.

She reprised the role of Lex in the second installment of Jurrasic Park entitled, The Lost World: Jurassic Park.

Richards also featured in TV series such as My Sister Sam, Empty Nest, Switched at Birth, Against Her Will: An Incident in Baltimore, Born Free: A New Adventure, The Princess Stallion, and others. 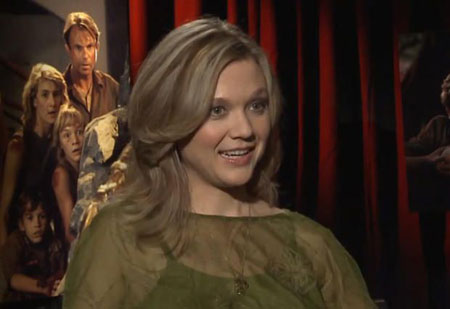 In 1991 and 1992, she won Young Artist Award in the category of Best Young Actress in a Television Movie for Switched At Birth and  Locked Up: A Mother's Rage.

In addition to acting in films and TV series, she acted in music videos too. In 1998, she featured in the Ben Folds Five music video, Brick. After 2001, she took a break from acting and attain her focus towards painting. In 2013, she made a cameo at Battledogs.

In 2008, Richards recorded a new CD single, The Prayer with Chris M. Allport.

Soon after leaving the acting, Richards pursue her career in arts and painting. Arts has been a long tradition in her family. Currently, she serves as a professional Graphics artist. She sells lithographs through Universal Studios.

Ariana Richards has won several prestigious awards for her contribution to arts. In 2001, she received Painter of the Year Award by Media Arts Institue and Moorpark College. She was honored with the People's Choice Award in 2003.

Richards was the National winner of "Official Artist for the Children for Children Organization-Interpretational Painting of Music 2013" for Bliss. Besides this, she received awards at "Annual Members Showcase Competition (2009)" for Lady of the Flowers, "2nd Annual International Raymar Art Competition (2008)" for Tropical Dawn, and others.

Ariana Richards has an estimated net worth of $1.5 million as per some online sources, but no official confirmation has come about it. She made $150k-$300k from movies and TV series.

Wonderful time with hubby @MarkAaronBolton for #JurassicPark25 celebration @Greek_Theatre in L.A. Big thanks to all the folks who came out for the special screening! @fandango

Currently, she enrolled herself in artistic work and an average salary of the painter in the USA is between $37k-$63k. So, Richards might somewhere around the same ballpark.

Some of her highest grossing movies are enlisted below,

Ariana Richards is in a marital relationship with Mark Aaron Bolton. The duo exchanged vows in January 2013 in Oregon at a private ceremony in the presence of their closed friends and family. The Grammy-nominated composer and pianist David Lanz performed on her big day.

The couple is proud parents of a daughter who was born in November 2015. 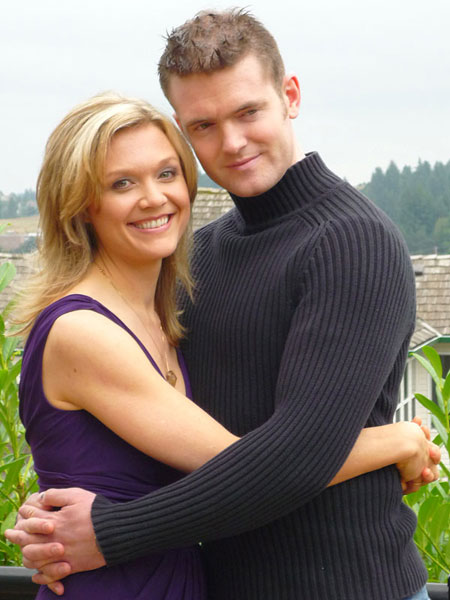 Richards is also involved with many social organizations as she is one of the sponsors for the Straight Foundation for children. She owns a horse, Kindred Spirit. Currently, she resides in Oregon along with her husband and daughter.

Ariana Richards is the member of the Portrait Society of America and a member of the California Art Club. Even, renowned director and filmmaker, Steven Spielberg has one of her watercolors in his office.

Check out the video of Ariana Richards on the Morning show,

Mark Aaron Bolton is better known as the husband of Ariana Richards. the duo tied the knot in 2013 and blessed with a daughter.