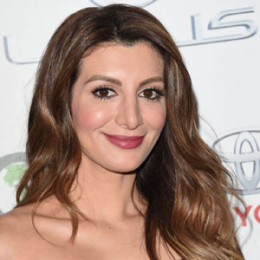 Nasim Pedrad is an Iranian-American actress plus comedian. She is famous for the American late-night live television sketch comedy show, Saturday Night Live. Some of her popular TV show includes Scream Queen, Mulaney, New Girl. She is also a voice actor and has given her voice in the different animated movie including Despicable Me 2 and The Lorax.

Born on 18th November 1981, Tehran, Iran, Nasim Pedrad is the daughter of Nasim Pedrad and Prviz Pedrad. When she was 3, she along with her parents moved to the United States from Tehran in 1984. She is a sibling sister of Nina Pedrad, who is a comedy writer. She is fluent in speaking Persian.

She attended the University High School and passed with a degree from UCLA School of Theater, Film, and Television (TFT) in 2003. During that period, she was a member of the UCLA Spring Sing Company.

Nasim began her career as a performer with the Sunday Company at The Groundlings. There she performed on her own show, Me, Myself & Iran at the Los Angeles division of ImprovOlympic and the Upright Citizens Brigade Theater. It was also selected for the 2007 HBO Comedy Festival in Los Vegas.

She won an LA Weekly Best Comedy Performance of the Year Award as the lead in the comedic spoof After School Special.

In 2005, she portrayed the character of Zahra in the short movie, The 73 Virgins. Then she made her first television appearance on American comedy-drama, Gilmore Girls, created by Amy Sherman-Palladino, in 2006.

After playing several roles in the TV drama series like The Winner, ER, It’s Always Sunny in Philadelphia, she joined the cast of Saturday Night Life (SNL) in 2009 as a part of the 35th season directed by Don Roy King. She is the first female Middle-Eastern cast member in the show.

In 2014, she left SNL to work on John Mulaney’s an American sitcom, Mulaney, but the show was canceled in March 2015. Then she was cast in American sitcom television series, New Girls, which aired on Fox.

Apart from acting, she has given her voice in different animated movies. She has voiced the character of Jillian in the animated 3D computer-animated comedy movie, Despicable Me 2, produced by Illumination Entertainment for Universal Picture.

Moreover, she was last seen in the comedy television series, People of Earth, created by David Jenkins in 2017. Currently, she is working in Guy Ritchie’s directed music fantasy movie, Aladdin, which stars Mena Massoud, Naomi Scott, Will Smith, Marwan Kenzari, Nasim Pedrad, Numan Acar and so on.

After working on the successful animated movie, Despicable Me 2 and on the late-night show, Saturday Night Live, Nasim not only earned popularity but also made a good sum of net worth. She has successfully collected an estimated net worth of $3 million.

Talking about Nasim’s personal life, she is still single and focusing on her career. She is not rumored of dating or having a boyfriend till this date. It is really hard to believe that a gorgeous lady like her is still single. Maybe if she just wants to keep her affairs far from the spotlight.

Though she is not dating anyone, she is close to her male friends and posts several pictures of vacation with them. She is enjoying her life traveling to various places on vacation and outing.