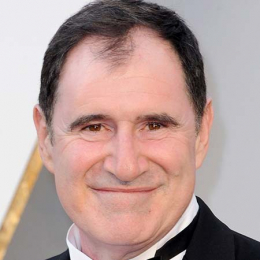 Richard Kind is one of the most popular and respected Hollywood actors best known for working in the television series like "Mad About You", "Spin City" and "Young Sheldon". He is also recognized for his voice performances in the films like A Bug's Life, Cars 1 & Cars 2, Toy Story 3 and Inside Out. The 62-year-old actor was nominated in the Tony Awards in the category of Featured Actor-Play for 'Big Knife' in 2013.

Richard is currently married to his long-term girlfriend turned wife Dana Stanley. The duo shares a good bond and is together for over two decades. Moreover, they have passed nineteen years of their marital relationship. 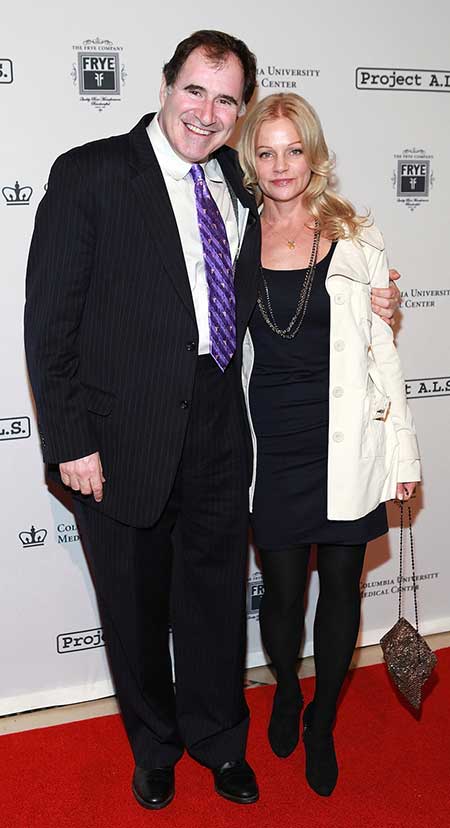 Kind and Stanley dated for several years prior to their marriage. In 1997, Kind planned to propose his better half and went to the bank on the number eight as it was his lucky number. He explained,

The television actor wanted to propose his soul mate at an area with double eights, at eight minutes. In fact, he went down on one knee in front of 18 w. 88th St. He unfolded and described,

I said, 'Eight is my lucky number, and if you say yes, I'll be the luckiest man in the world."

Despite this beautiful approach of Richard, Dana said no. But after a month later, her decision was turned into yes. Further, the pair shared the wedding vows on 14 November 1999 finally, after being engaged for two years. More to that, the wedding was held in a private ceremony among their close friends and family.

The couple is proud of their three children; Skyler Kind (17) and twins Samantha Kind and Max Kind (14). The pair is concerned about their children's lives as they do not share much about them in front of the media.

Richard was rumored for his separation with his wife Dana Stanley. In fact, the news was all over media about the couple getting divorced earlier in January 2014. Additionally, the rumor is never solved as both the husband and the wife never share information if they separated or still living together.

Kind is currently of any dating and affair rumors regarding his personal and professional life. He is workaholic and is believed to be living with the love of his life. Furthermore, he is an active person on social media and often shares posts regarding is professional life.

How much is the Net Worth of Richard Kind? Know about his Salary, Earnings

The 62-year-old actor made his acting debut in the film industry performing in the 1986 American comedy-drama film named Nothing in Common. Since then, he appeared in a bunch of blockbuster films including Queens Logic, Cars, The Visitor, Big Stan, Ingenious, Toy Story 3, Cars 2, Inside Out and many more. More to that, some of his bock buster films include:

Apart from Kind's film career, he also tried his luck in the television industry. First, he appeared in the 1985 television series like Two Fathers' Justice. After that, he worked in many television series like Hooperman, Space: Above and Beyond, Still Standing, Law & Order: Criminal Intent, NYC 22, The Middle, The Other Two and many more.

The Cars 2 voice actor also worked in many popular video games in his career. First, he worked in the 1998 video game named A Bug's Life as Molt. Then, he worked in games like Sorcerers of the Magic Kingdom(2012) as Alpaca Guard and Lego The Incredibles(2018) as Bing Bong.

Richard along with his wife purchased a 2500-square-foot apartment in 2013 at a price of $2.5 million. The apartment contains three bedrooms, two baths, and a laundry room. Meanwhile, he is also an animal lover and owns a Bernese Mountain Dog named Bella, the market price of the dog is $800-$2000.

Richard is currently married to his long term girlfriend turned wife Dana Stanley. The duo shares a good bond and is together for over two decades.

The couple is proud of their three children and one of them is daughter Skyler Kind.

The couple is proud of their three children and one of them is a half twin daughter named Samantha Kind.

The couple is proud of their three children and one of them is a half twin son named Max Kind.