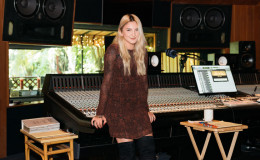 Beautiful 23 Years Julia Michaels is popularly known as singer and songwriter is in a relationship with her long-term boyfriend Nolan.

Julia Michaels is widely known as the songwriter who has written many popular songs for several famous celebrities.

With the beginning of 2017, Julia has extended her profession and established herself as a singer by launching her debut solo single, "Issues" which peaked at number 12 on the Billboard Hot 100.

Recently, Julia attended a Radio Disney Music Awards where she performed her new song and believe us she looks extremely beautiful.

To learn more about Julia Michaels read out our article;

But despite them all, Julia has attracted the attention of every media through her amazing performance on Issue. 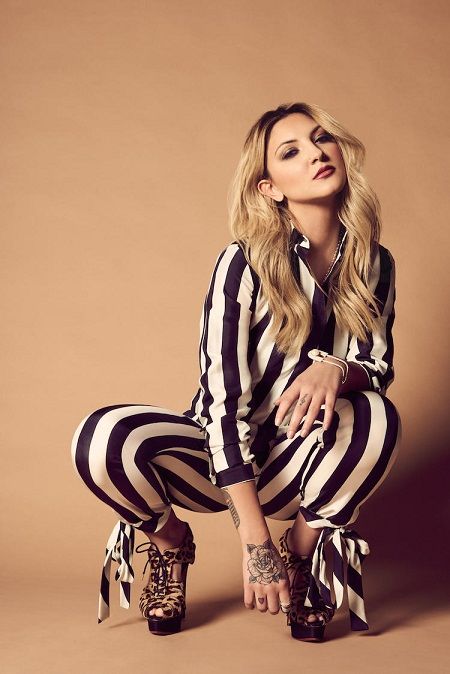 She chooses to wear the Isabel Garcia SS' 2017 for her red carpet walk.

While for the performance she prefers to rock on purple attire. 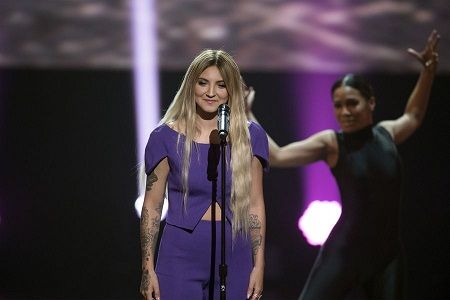 The gorgeous 23-year-old artist has gained numerous fan following at certain age who wants to know about the relationship status of their favorite star.

Well, loyal fans of Julia you might get glad knowing your favorite star is in a happy relationship with her long-term boyfriend Nolan Lambroza.

Yes, you heard it right, the duo are together since almost 3 years as they started dating one another from September 2014.

The duo's Instagram post proves they are truly in love and they don't miss a chance to express their feelings for each other.

Last weekend was amazing! Thank you to my beautiful @imjmichaels and Dave Renee!

Nolan looks like a perfect boyfriend for Julia as he always seems to support his girlfriend and showered his love on her.

Couldn't be more proud of her. Congrats @imjmichaels on performing at the Olympics. You are truly amazing.

Unlike, other Hollywood celebrities Julia and Nolan openly accept their relationship. 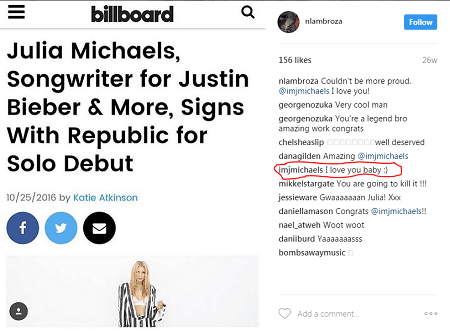 Right now, the pair is the highest peak of their career and that might be the reason they have no planned for marriage. 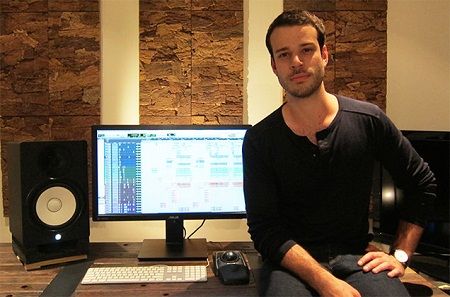 Sir Nolan pose at his own studio, Source: Billboard

He is popularly known as the songwriter and record producer based in Los Angeles.

He is the real hero behind the camera and also one of those artists who prefers to be low-key.

Considering his amazing career we are sure his net worth is in the range of million dollars.

Well, at last, we want to wish both Julia and Nolan a very happy love life as well as all the best for Julia to her new song 'Issue'.