Home Article Is Christina Ochoa dating anyone after her split with Boyfriend? Know about her affairs.

Is Christina Ochoa dating anyone after her split with Boyfriend? Know about her affairs. 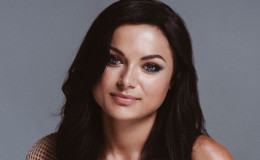 A Spanish actress, Christina Ochoa is currently single after multiple failed relationship in the past. For now, she is taking a break from the dating game.

Christina Ochoa, a multi-talented Spaniard, is involved in multiple professions like acting, writing, science communicating and many other fields. The diva with such amazing skill won the hearts of many audiences as well as the critics.

This is all about her professional life, but what about her personal life? Is she dating? If so then who is the lucky one?

To know more about the personal life of Christina including her present and past affairs, stay on our page.

Christina Ochoa is single: no signs of dating

Christina who started acting as her hobby is today one of the glamorous models in the industry. The actress with such stardom seems single with no news about a boyfriend in the current days after the break up with her ex-partner.

After the break-up, she may be taking some time off from the dating game.

#WaterWednesday ?? To feeling like a mermaid at the @oceana #SeaChange event, discussing ways to improve the health and current state of affairs in marine conservation, and wearing the coolest gown (in case the fact that it has jellyfish and is made of paint isn't enough for ya -- this dress glows in the dark!). Thank you @matthewstyling @makeupbyvera7 @kgorogoro1 @oceana_bze @earthsoceans #NeverTakingThisOff #WaterBaby #Oceana #EarthsOceans

But wait, some of her posts on her social media shows that she has grown close with a British actor Ben Robson. They were even spotted at Las Vegas some months back enjoying each others company.

This, however, does not mean that she is dating as they might be just friends. They even never disclosed any information regarding their dating life.

As she is now not so focused on any related matters and is not ready to be committed, so is busy with her work.

Regarding her past life, Christina was in a relationship with a Canadian-American actor named, Nathan Fillion in 2013. Soon after dating, the couple got engaged in 2014.

Unfortunately, the relationship did not last for long and broke their engagement soon in the same year.

Soon, after the separation with her fiancé, she began her affair with an American model and actor, Derek Theler in 2014. The chemistry between the two suggested their relationship would go the distance.

The couple also appeared in the different event together and also in one of adventure show of Discovery channel named, Naked and Afraid where the pair decided to stay nude for 21 hours.

But the relationship also did not last for long and split up in 2016 after two years of dating. In addition, till today the reasons behind their separation was not disclosed by them.

Derek has moved on and is now in relation with a Spanish actress, Lisa Marie Summerscales, but Christina, on the other hand, is not yet ready to start a new chapter. 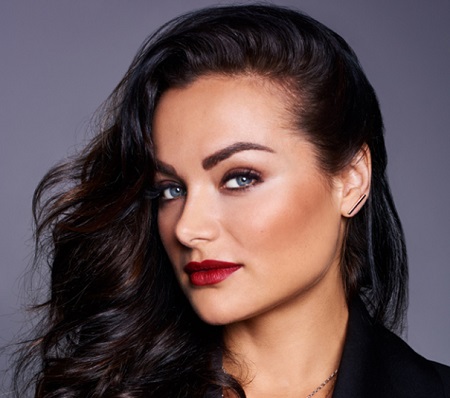