Home Article Who is Actress Ashley Johnson's Boyfriend? Is Rumored to be Dating Brian Wayne

Who is Actress Ashley Johnson's Boyfriend? Is Rumored to be Dating Brian Wayne 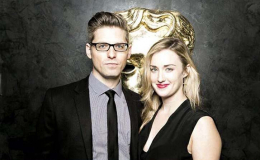 Sexy and stunning American actress Ashley Suzanne Johnson won the heart and soul of her fans with the performance in the television series Growing Pains.

It is obvious to all that she is not a kid anymore and because of her extra appealing look many of her male admirers are interested in her love life.

However. this time she has certainly broken many hearts as she has found her Mr. Perfect. If you people want to know the lucky guy than just scroll down!!!

The gorgeous actress has won the hearts of many especially of male fan followers with her gorgeous look but it seems that she has already chosen her partner. 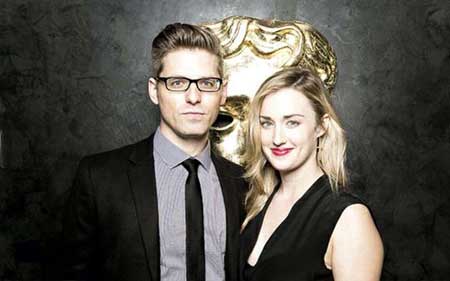 Ashley and her Mr. Right in an event.

Some people choose to make their love life private whereas some prefer to publicize it.

Back in LA and creepin' it real.

Avoiding unnecessary buzz in mass media is one of the reasons for keeping the love life unrevealed. To talk about Ashley, she has chosen Instagram to express her love for her soulmate as she had never opened up about her personal life in any of her interviews.

We saw Guardians of the Galaxy Vol 2 last night and it was spectacular and hilarious and moving and fun and holy shit. #GotGVol2Premiere

Ashley's relation was no more a hoax as she routinely posts images with Brian Wayne Foster on her Instagram. Similarly, Brian has also left no way to express his emotion for her lady via Instagram.

"Buy the ticket. Take the ride."

On the occasion of Valentine's Day, 2017, Brian posted a solo picture of his soulmate where he wrote-

“Hot damn, lady. First, of 1,000 New York meals this week with @ashleythejohnson had to be @buttermilkbklyn.”

Hot damn, lady. First of 1,000 New York meals this week with @ashleythejohnson had to be @buttermilkbklyn.

Following the next day, he continued posting an image with Ashley on his Instagram wishing her "Happy Valentines Day"

Brian even mentioned about his girlfriend in one of his tweets referring Ashley:

Go see my beautiful girlfriend (@TheVulcanSalute) in "Much Ado About Nothing" this weekend!

It seems that they are very close as they are spotted spending their vacations together. She is also spotted kissing a guy who is most probably Brian.

The pride of locals everywhere.

The Blind Spot actress initially posted Brian's photo on her Instagram four years back so we can assume that they might have commenced their love life since then.

Before Ashley encountered Brian, she was dating a guy named Stephen Hovsepian. He is most probably a musician looking at his Instagram images.

Ashley had posted the picture of her with Stephen mentioning 'my first boyfriend'.

@milapajamas just found this in her old photo album. My 1st boyfriend @stephanhovsepian. No big deal.

She had never shared any information about her first boyfriend in any interviews but we can speculate that the couple broke up lately in the year 2012.

You May Like: Know About American Actress Joan Cusack husband. See Their Children and Marriage Life

As she seems very passive in sharing her personal stuff, we can guess that she only prefers sharing it with her near and dear ones.

Career of the diva: Ashley Johnson

Ashley is renowned for her roles in Growing Pains as Chrissy Seaver, The Last of Us as Ellie and Annie: A Royal Adventure! as Annie Warbucks.

Initially, Ashley stepped in the field of acting at the age of six. She portrayed the role of Chrissy Seaver on the entertainment show Growing Pains from the year 1990- 1992. 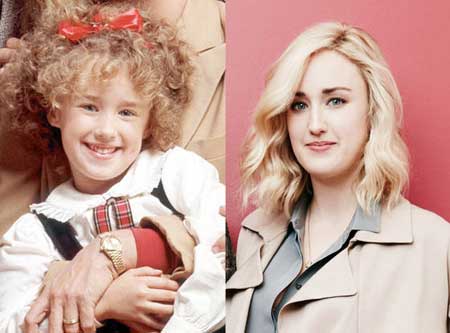 How the cute girl transformed herself into a bold lady.
Source: E online

Later on, she got a chance to revise her role as Chrissy in the movie The Growing Pains including Growing Pains: Return of the Seavers.

In the year 2012, she portrayed the role of a waitress in The Avengers who is saved by Captain America (Chris Evans) in course of the climatic battle.

Ashley also worked as a voice actress in 1998 as Sean on the cartoon movie The First Snow of Winter, including Gretchen Grundler on the Walt Disney TV, Terra in the Teen Titans and many others.

In the recent years, she appeared the Japanese anime drama film named When Marnie Was There in 2015 and Punching Henry in 2016 as Danielle.

Ashley was born on 9th August 1983 in Camarillo, California as the youngest daughter of the film producer Nancy Spruiell Johnson and Clifford Johnson who was the captain of an exploration ship. 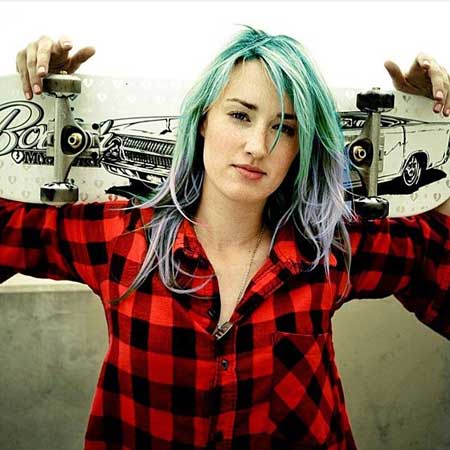 Johnson took the lesson of violin and piano at the International School of Music; she was also a champion in playing guitar and cello.

Well, the relationship of Ashley and Brian is no more a rumor since they have openly shared their images for their lovely fans.

We wish Ashley all the luck for the advancement in her career in future. We are heading forward to see the cute couple initiate their conjugal life soon in the coming days.