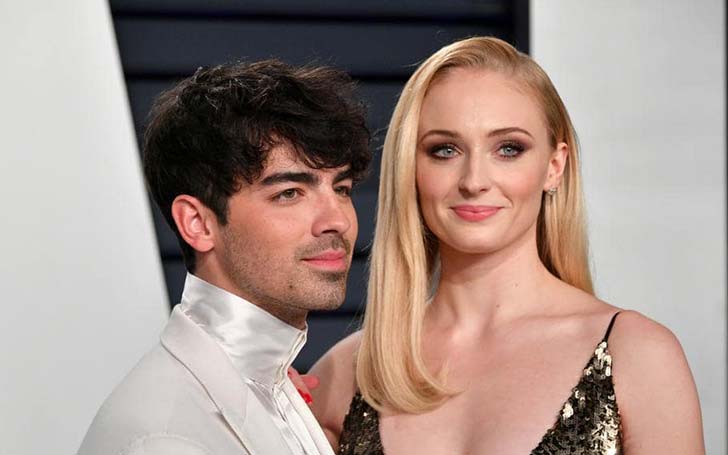 Game of Thrones star Sophie Turner and singer Joe Jonas caught their fans by surprise as they secretly married on Wednesday in Las Vegas after the Billboard Music Awards.

Sophie Turner and Joe Jonas who were an item since 2016 headed straight for the wedding chapel immediately after Joe's performance at the Billboard Music Awards last night. 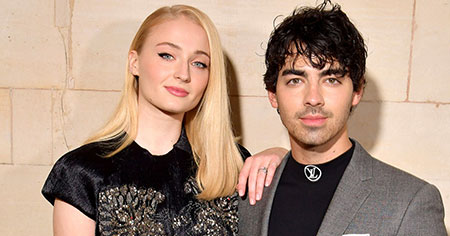 The nuptial ceremony was documented on social media by American DJ Diplo. He shared the videos from their wedding via an Instagram live video in his story and it was officiated by an Elvis impersonator at Chapel L’Amour inside A Little White Wedding Chapel.

The caption on the video reads,

The lovebirds said "I do" in front of just a handful of loved ones and fellow Billboard Music awards attendees including Khalid.

As reported on online records, the pair applied for a wedding license earlier the same day they tied the knot. 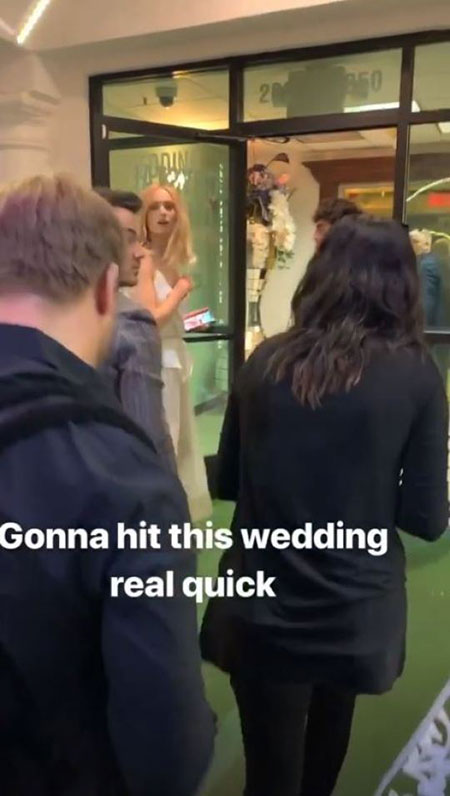 Just before the event, Turner, 23, walked down the aisle in a long-cut white silk top and pants with a finger-tip long veil. On the other hand, Joe and his brothers Nick Jonas and Kevin Jonas, his groomsmen stood side-by-side in a grey suit with a boutonniere.

As the event proceeded, the Elvis impersonator asked them to hold hands before exchanging vows. They cheerfully said,

"I promise you, I will never leave you. I will love and trust you, all the days of my life. In sickness and in health… forever and ever."

They officially became husband and wife after exchanging wedding rings. The guests attending the ceremony looked so excited when Joe and Turner embraced in a kiss. 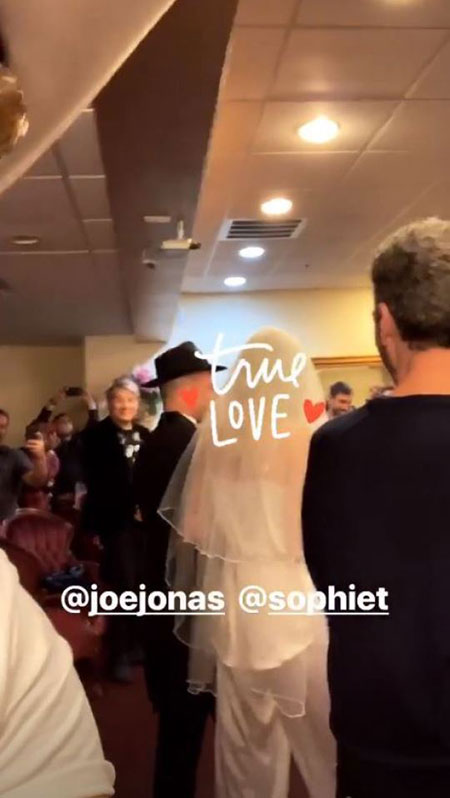 Sophie Turner wore a white suit on her big day.

The pair who started dating in November 2016 got engaged in October 2017. During a recent interview on The Late Late Show with James Corden, Joe opened up that they had already decided their wedding date.

"Well, we’re going to get married this year."

"We’re going to have a summer wedding, which I’m looking forward to. It’s going to be a lot of fun."

While Nick Jonas and Bollywood icon Priyanka Chopra tied the knot in a three-day long ceremony costing somewhere around $500,000, the newlyweds opted for a $600 wedding package. 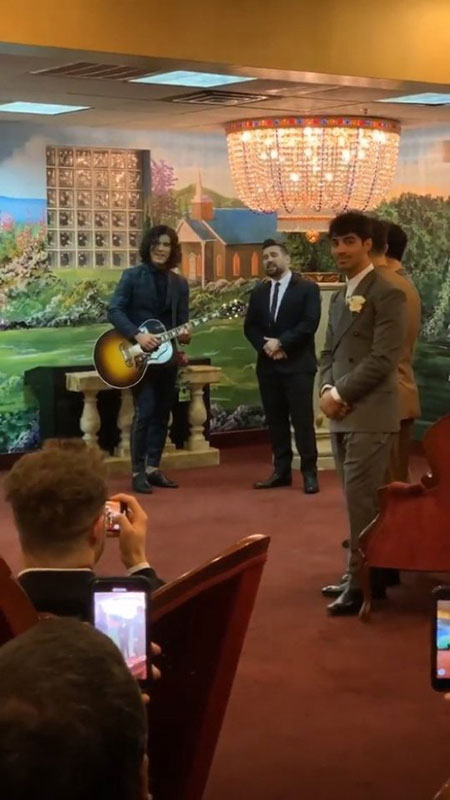 Dan + Shay performed an acoustic version of their song "Speechless" on the day.

Still, the pair is not the first ones to tie the knot in the famed Vegas venue. They join  Bruce Willis and Demi Moore, Michael Jordan, Britney Spears, Frank Sinatra, and Mia Farrow, Joan Collins and Peter Holm, Pamela Anderson, Eva Longoria, and Judy Garland who chose the same place to start the new phase of their life.

Well, cheer up the lovely pair and wish them for a happy and prosperous life ahead!