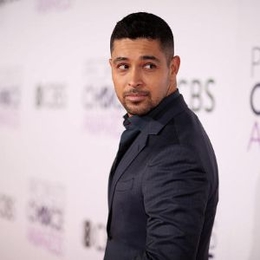 Known for his witty humor and versatile acting skills, actor Wilmer Valderrama has won the hearts of many. He is famous for his on-screen works such as That '70s Show, From Dusk till Dawn: The Series, The Ranch, etc. On the big screen, he is renowned for From Prada to Nada, Fast Food Nation, Unaccompanied Minors, etc.

Wilmer Valderrama Is Engaged! Living A Happy life With His Partner?

The South American ancestry actor is currently in a live-in relationship with his finance Amanda Pacheco. His beautiful partner Amanda is a model by profession. 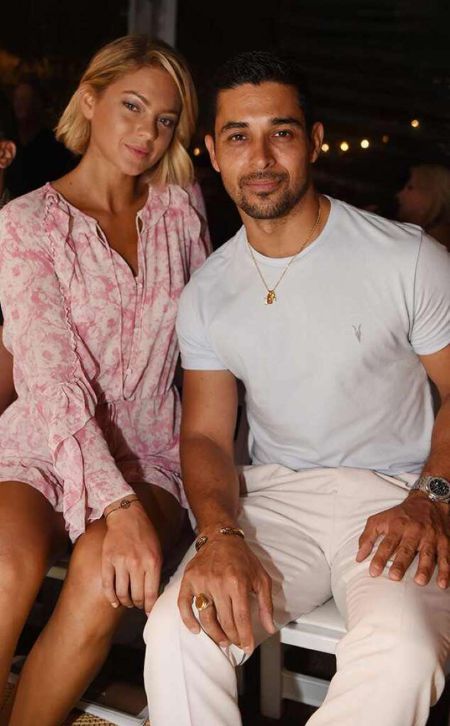 It is intriguing to learn that the newly engaged couple only dated for six months before Wilmer got down on his knees and asked Amanda the question.

The actor proposed his sweetheart on a seashore, which he shared for fans to see on his Instagram. On the caption of the picture, he wrote, "It's just us now, 01-01-2020." 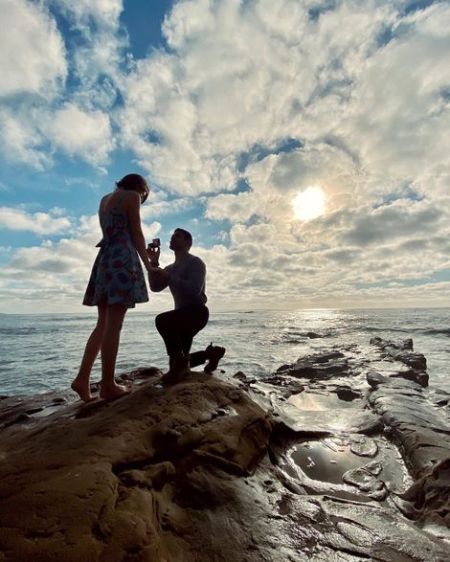 Let's hope the couple can keep their relationship intact out of controversies, and hopefully, their wedding is in the corner.

Wilmer might be having one heck of a time with his gorgeous partner, and looking at their excellent relationship; it seems like they will be together for a long time. However, his past suggests he is not great at having a lasting relationship.

In his twenty-plus years in the entertainment industry, he has dated many high profile celebrities in his life. Do you know who those celebrities are? Find out in the section below!

Among the lists of celebrities you know, we bet you might not have heard or seen anything like actor Valderrama's love history. He has almost a dozen relationship affairs and rumors.

Valderrama's first relationship came to the media when he was only 17, and his first celebrity date was with actress Ariana Richards, known for her performance in the "Jurassic Park" franchise. The two dated in 1999 for only about a month before parting ways.

The same year, he was rumored to have briefly dated Jennifer Love Hewitt. Though the "Can't Hardly Wait" star denied having any "steamy encounters" with Valderrama, he told Howard Stern that the actress was "an eight" in bed. 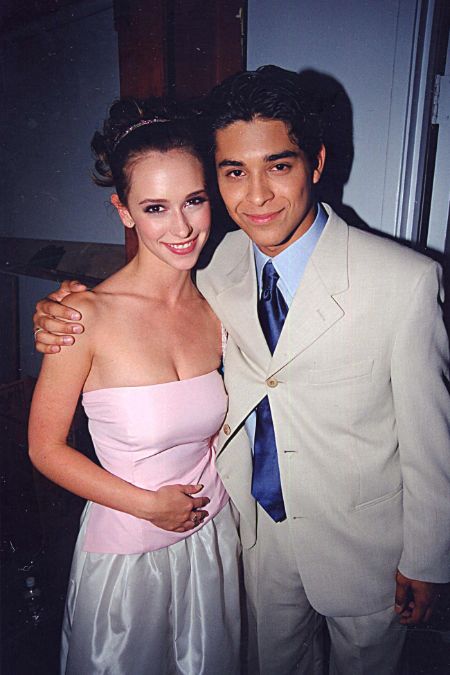 From 2000-2001, the "Yo Momma" star dated Venezuelan actress Majandra Delfino when she was working on the sci-fi series, "Roswell."

Wilmer's next girlfriend was singer Mandy Moore whom he had fling from 2001 to 2002. While appearing in the Howard Stern show in 2006, he claimed he took the "Candy" singer's virginity but described that it wasn't "like warm apple pie." In response, however, Moore stated Valderrama's claim was untrue and "utterly tacky."

There were rumors that Wilmer briefly dated British actress Mischa Barton in 2004.

In 2004, news came that Valderrama's new lover was Hollywood star, Lindsay Lohan. Reportedly, the duo kept their relationship under wraps until the "Freaky Friday" actress' 18th birthday in 2004. Upon reaching adulthood, Lohan started to live with "The Ranch" star, who was 24 years old at the time. 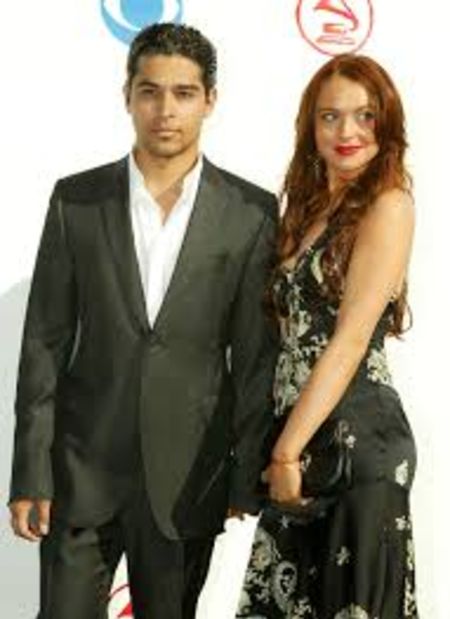 Wilmer Valderrama and actress Lindsay Lohan dated for about a year. SOURCE: Bustle

Unfortunately, the love didn't last, and less than a year later, Lohan and Wilmer separated due to undisclosed reasons.

In 2005, he was linked with American singer Ashlee Simpson. Lindsay blamed that Simpson was the cause for her break up with Valderrama, but in 2018, she revealed that her 2005 hit single "Boyfriend" was actually inspired by Lindsay and Wilmer's relationship. 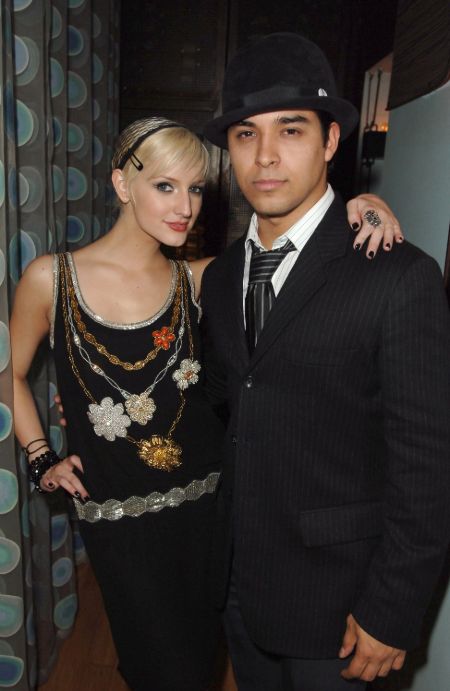 Wilmer Valderrama and Ashlee Simpson were rumored to be dating in m2005. SOURCE: Popsugar

In March 2009, his lovey-dovey rumors started flying with singer Rihanna. Whether the reports of him dating the "Umbrella" singer is true or not is still under wraps.

The same year, the "Larry Crowne" actor began his romantic chemistry with renowned Canadian singer Avril Lavigne. The pair's chemistry certainly did not last long, and they called it a day in 2010.

In 2010, Valderrama began dating singer Demi Lovato with whom he dated for many years. The duo decided to end their relationship in 2016 in a mutual decision. Both of celebrities also wrote a caption:

"After almost six loving and wonderful years together, we have decided to end our relationship."

In February 2018, many speculated the duo to have rekindled their relationship after they were spotted having lunch at Sol Y Luna in Los Angeles. Reportedly, there was a friendly atmosphere between the two and were chatting with a laughingly. 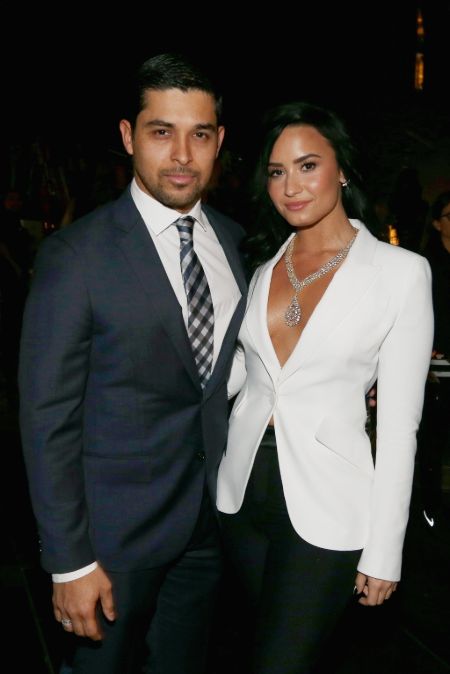 Wilmer Valderrama and Demi Lovato were in romance for many years. SOURCE: Popsugar

In 2012, Valderrama briefly dated actress Minka Kelly when he was having a stormy relationship with his lover Demi Lovato. But he and Minka were reportedly reunited when they went for a date at Palms Thai restaurant in Hollywood in 2016.

Looking at all this relationship, one can wish him and hope that his current love can last longer than any of the above romance.

From his over two decades of hard work in the entertainment field, Wilmer has accumulated a solid net worth of $20 million, as of 2019.

Over the years of his illustrious career, the actor is most famous for his time in the television series "That '70s Show." In the American series, he portrayed one of the lead characters, Fez and performed alongside Topher Grace, Mila Kunis, Ashton Kutcher, Danny Masterson, Laura Prepon, Debra Jo Rupp, and many others.

Check out the clip of Wilmer Valderrama featured T.V. series "That 70s Show"!

Wilmer remained in the show for all of its eight seasons airing from 1998 to 2006, totaling approximately 200 episodes.

In the horror series "From Dusk till Dawn: The Series," he portrayed the role of Carlos Madrigal. Likewise, he shared the screen with actors D.J. Cotrona, Zane Holtz, Jesse Garcia, Eiza Gonzalez, Madison Davenport, Robert Patrick.