Home Article Game of Thrones' Actress Emilia Clarke, is she Dating a Boyfriend? Know about her Affairs and Relationships here

Game of Thrones' Actress Emilia Clarke, is she Dating a Boyfriend? Know about her Affairs and Relationships here 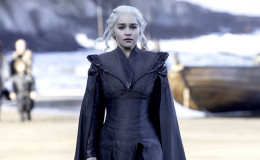 Emilia Clarke, a young gorgeous renowned lady for her step in different series like Game Of Thrones and many other series.

Let us introduce you to the starlet, who's stealing spotlight everywhere!

Emilia Clarke is a young, gorgeous and renowned actress; popularly known as "Daenerys Targaryen" or "Mother of Dragons” in popular HBO series Game of Thrones.

Most of you might wonder the girl who has been ruling over the hearts of many men is actually dating someone or not. So, to know more about her relationships and affairs, stay with us!!!!!

Emilia these days is super busy with her work that she does not even have time for her personal life. Clarke these days is not dating and no news of boyfriend have been heard.

She, however, was previously dating Seth MacFarlane as the duo were associated with each other in 2012. But then the relationship was just for about six months and they separated after stating the reason that they were far from each other and other personal differences. 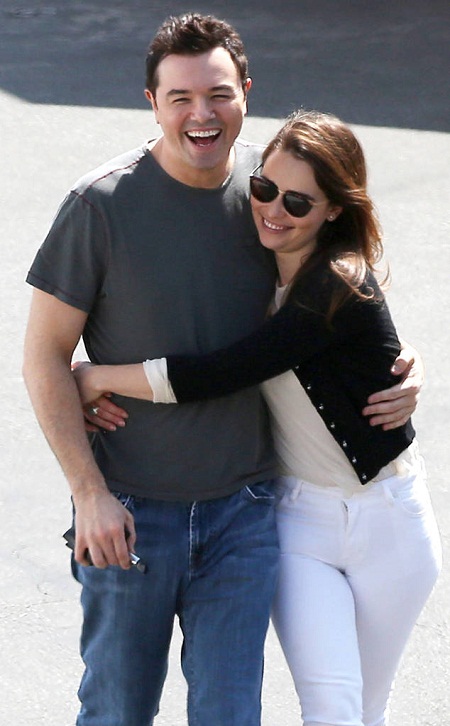 In the press meet, she was asked that is there new men entering in her life? She told that

Also, Clarke was rumored that she was engaged with James Franco just because they were seen together in 2013 after Clarke split with Seth MacFarlane.

In the press meet, she addressed the rumor stating,

"He is, of course, beautiful. But I feel there's only a handful of women who could form an engagement after two meetings, and I'm not one of them."

Also as per the news, Jared Leto (a song writer and also an American singer) was flirting with Clarke at SAG awards. On camera, Jared Leto surged to Clarke and told that:

"I haven't seen your show, but I know people are obsessed with it and say it's absolutely amazing," 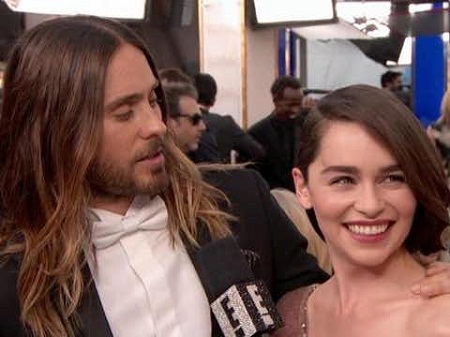 And also he went to E news cameras and stuttered,

"Have you looked into her eyes? They're absolutely insane!"

There was also the rumors that she hooked up with Richard Madden and Jai Courtney but none of the news has been confirmed.

The news of 2017 Emilia has stated that she is not in search of any love or to be in love just because of her busy itinerary Clarke is not being able to stay in any affairs.

For all those we know and especially all those we miss.... I'm privileged to suppprt #WorldCancerDay on 4 February by wearing my Unity Band, every #ActofUnity helps @cr_uk to beat cancer. Please, go out and get yours now, let's get a step closer to ending the heart ache of wishing you'd caught it sooner. #beaheroforthenextgeneration Cruk.org/worldcancerday

In an interview she told that:

“I kept thinking that for clarity of mind, I had to be in one place. Then I realized that's not how this life is going to work. It makes romance absolutely impossible.”

She added more that:

"I'm soppy and I do like to believe that when the right person comes along, it will work because you want to make it work. Everyone else seems to manage it." 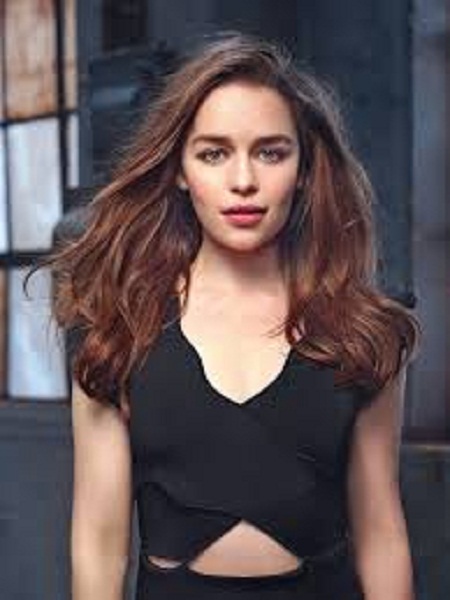