Home Article Is How To Get Away With A Murder Actor Matt McGorry Secretly Dating? Details Of His Personal And Professional Life

Is How To Get Away With A Murder Actor Matt McGorry Secretly Dating? Details Of His Personal And Professional Life 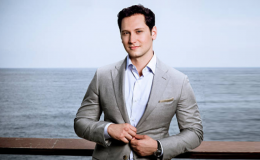 Matt McGorry is the winner of 2015's Screen Actors Guild Award for Outstanding Performance by an Ensemble in a Comedy Series. His performance as Asher Millstone in How to get away with Murder was loved by fans as well as critics. The lead actor in How he Fell in Love, in fact, isn't dating anyone. Is he in a secret relationship with anyone? Let's find out!

Matt McGorry, the winner of 2015's Screen Actors Guild Award for Outstanding Performance by an Ensemble in a Comedy Series has grabbed worldwide attention for his great performance as Asher Millstone in the one of the most high rated crime drama series, How To Get Away With Murder.

The lead actor in How He Fell in Love is at the prime time of his career and it's definitely a win-win when he's a lovely lady by his side to share his success with. So does he have a secret girlfriend or he's enjoying his singlehood in his bachelor pad?  Let's find out!

How To Get Away With Murder star Matt Mcgorry's Personal Life and Relationship Status, Single?

Good news all the ladies!

Matt McGorry is still in the market as he's not dating anyone as of now. The actor who defines himself as a feminist and a guy who lacks the skill to talk with girls stated in an interview with Salon"

"I never particularly thought of myself as great with girls. I can be awkward and I have a strange sense of humor at times. But I’ve also been learning to try and embrace that. Dating is sort of like auditioning."

McGorry is a big supporter of the gay community and he explained how he was raised between a group of gay friends in Chelsea.

How He Fell in Love may have been his successful movie, but McGorry, in reality, is a single person who is yet to fall for someone. When he was asked why he wasn't dating anyone he replied,

"I don’t easily fall in love. With my friends, I prioritize a strong connection over a lot of connections with different people.I’m the same way with love. It’s hard for me to find something that excites me, but when I do, I’m all in."

Gossipmongers stated that he was seen together with Actress Dascha Polanco but they were not officially dating. Well, it seems he is too busy to be involved in any relationship right now. 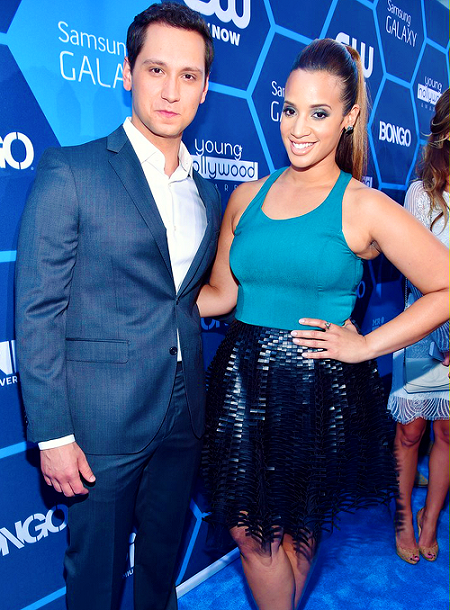 There were even some mean speculations that he might be gay but he's not, but a big supporter of LGBT community. His support for the gay community can be seen in his tweet below.

Hey bruh. It's ok. Liking a woman's finger in ur butt doesn't make u gay. And even if u were gay, that's ok too. Everything gonna be ok.

All in all, the actor is super busy and focused on his career to get settled down and start dating anyone.

Matt McGorry Professional Life: How It All Started?

McGorry unofficial journey as an actor began at the age of nine when he performed in his school events. He made his professional onscreen debut in 2006 as Grey Malcolm on 2006 movie Thursday. He also appeared as Gorm in short film Gizor and Gorm. He also performed in 2010's feature film Afghan Hound.

"When I did bodybuilding, I had five-and-a-half percent body fat, and was exhausted all the time, "In the acting world, what I have to maintain is not much,"

#TBT to the one and only bodybuilding show I ever did (and won) 5 years ago. After a few years of competing in powerlifting I decided to do a bodybuilding competition to see how far I could push my body and how much I could test my will. For those who don't know, powerlifting is about how much weight you can lift and bodybuilding is judged based on the way you look. To date, the bodybuilding show was the hardest thing I've ever done. After 4 months of working out 10-15 hours a week, cooking and weighing all of my food and carrying it with me in containers everywhere, I lost 40lbs and got down to 5.5% bodyfat by the time I stepped on to the stage. I did this whole prep through Thanksgiving, New Years, and Christmas, and never had a single drop of alcohol or bite of food that wasn't on my plan. It was definitely the best shape I've ever been in, but also the most miserable I've ever been. I was perpetually tired, hungry and cranky. I was antisocial and felt unbelievably isolated from the rest of the world. 2 weeks later, I did my final powerlifting competition and deadlifted 501lbs while weighing 165lbs. I'm happy that I had the experience of testing myself but am so much happy to trade a balanced life, eating and workout schedule for less abs. That is, until I get a call for an acting project that warrants it. Minus the tanning of course. And the posing trunks. ;)

In 2015 he appeared in different movies including Ratter, Love, Loserville  Say My Name. His role as Travis in 2015's How He Fell in Love (2015) alongside Amy Hargreaves, Mark Blum is loved by the audience and it became a breakthrough in his career.

Apart from being a movie actor, Mcgorry has also made an appearance in different television shows including One Life to Live (2011), Person of Interest (2011), Gossip Girls (2012), Royal Pains- (2012), Elementary(2013), How to get away with Murder(2014) and Public Morals (2015), the most prominent one being How To Get Away with Murder alongside actors Viola Davis, Billy Brown, Alfred Enoch, Jack Falahee, Karla Souza, Charlie Weber and Liza Weil. 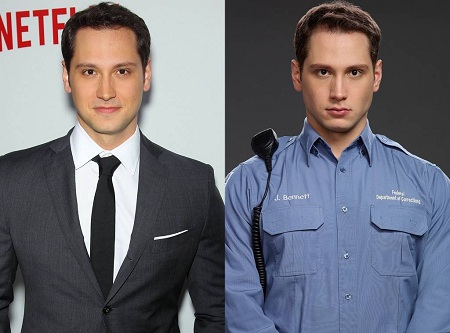 His appearance in Orange is the New Black as officer John Benett was outstanding and made him a famous TV personality. He made his appearance in multiple episodes among many actors including, Laura Prepon, Jason Biggs, Michelle Hurst and Taylor Schilling.Recently he was seen in 2018's movie Step Sisters as Dane. 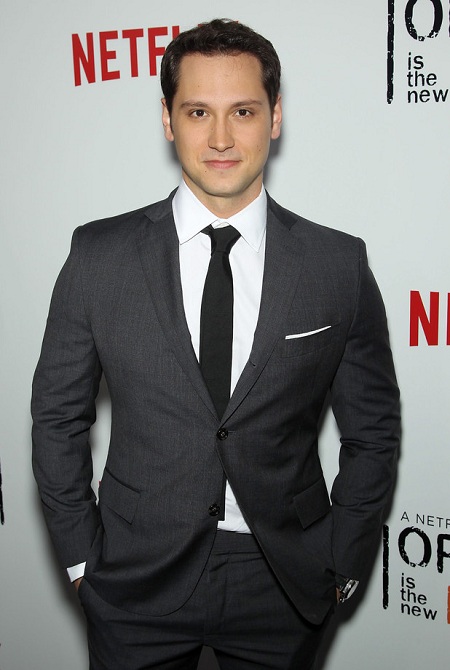