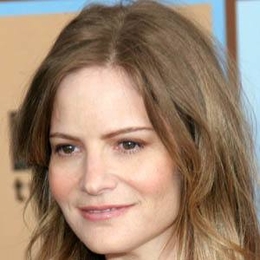 According to Noah Baumbach, Elite actress, Jennifer Jason Leigh admitted she liked Marriage Story which is indeed derived from her marriage to the writer and director behind the Netflix hit drama. But, did she really? Considering the fact that the world has now learned the enormously heartbreaking yet a messy divorce the former spouses endured.

In the Golden Globes worthy nominee film, Charlie (Adam Driver) and Nicole (Scarlett Johansson) face a nasty divorce involving expensive lawyers that makes the proceedings even uglier when they point out much personal stuff against their opponent to win the case including the custody of their young child at the court.

The film was a hit and watched and acclaimed by many. After all, Marriage Story isn't the fairytale depiction with a happy ending where the couple reconciled at the end. It's quite a realistic one that excelled in showcasing the tough situations couples experience in real life, especially when it involves their career and children. 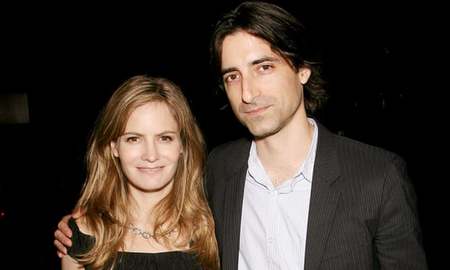 Film director, Noah Baumbach did an unbelievably great job with the film that brought the unwanted attention of his former wife, Jennifer Jason Leigh. Mr. Baumbach claims the film isn't an autobiography. But the entire world and himself can't blatantly lie straight that the film wasn't influenced by his marriage and divorce with Miss Leigh.

As a matter of fact, Jennifer who is also known for her roles in another Netflix' hit show; Atypical moved to Los Angeles from NY amidst their separation to film Open, a Ryan Murphy directed-drama which was, unfortunately, later canceled to stream by HBO. 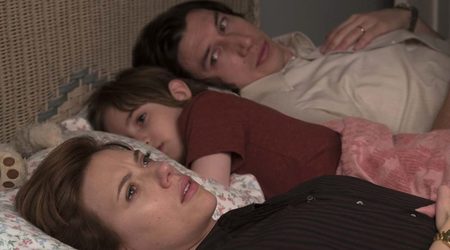 Scarlett Johansson and Adam Driver in a scene for Marriage Story, directed and written by Noah Baumbach. SOURCE: Book and the Film Globe

Additionally, Baumbach revealed in an interview that he showed a script copy and a movie to Leigh before the release of the film and even claimed she liked the film. But, on the other hand, Leigh has her lips sealed to speak on the matter that was harshly scrutinized by the actress fanbase against Baumbach for exposing such an intimately fragile story to the public.

Leigh and Baumbach who is seven years younger than his ex-wife finalized their divorce in 2013 where the actress cited irreconcilable differences. The two tied the knot in September 2005 after a courtship of roughly four years since they first met in 2001. Leigh actually filed for the divorce in 2010 the same year the two split and welcomed their son, Rohmer Emmanuel Baumbach. 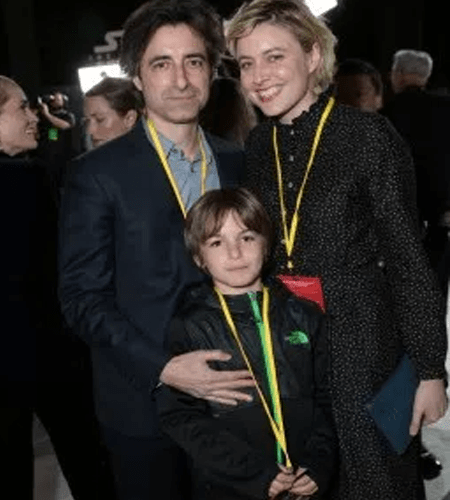 2010 also happens to be the same year, Leigh worked with Baumbach for the last time on their project, Greenberg, where she ironically co-starred his ex-husband's current girlfriend and baby mama, Greta Gerwig. Baumbach and Gerwig, however, insisted their affair only blossomed after they wrapped up Greenberg, which is basically in 2011.

The public, otherwise believes, Noah actually cheated on his pregnant wife with Greta who is fifteen years younger than him. Noah and Greta are still together today, nine years later, with a toddler son named Harold Baumbach, they welcomed in March 2019. But, what about Jennifer? Did she ever move on? 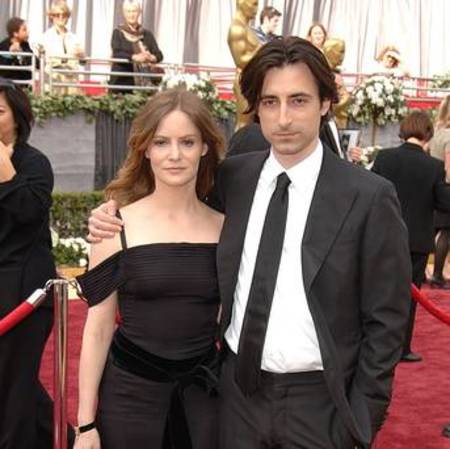 With such hideous divorce with Baumbach, the world is aware of, Jennifer has, of course, moved on. But, when it comes to a new romance and finding a new man, it's something personal Leigh doesn't want to talk about publicly and prefers to keep it that way forever.

In the meantime, Leigh who is expected to be single previously dated other fellow man ships in Hollywood.

The Men In Leigh's Life Before She Met & Married Baumbach

Leigh's first known affair can be recalled with his ex-boyfriend, David Dukes, a fellow actor who passed away in 2000. Leigh and her then-boyfriend Duke, who was seventeen years older than the actress began dating in 1981. But their romance could only last for three years till 1984. Back in the day, Leigh described Dukes as a supportive and brilliant person. The reason behind Dukes' death is a heart attack. 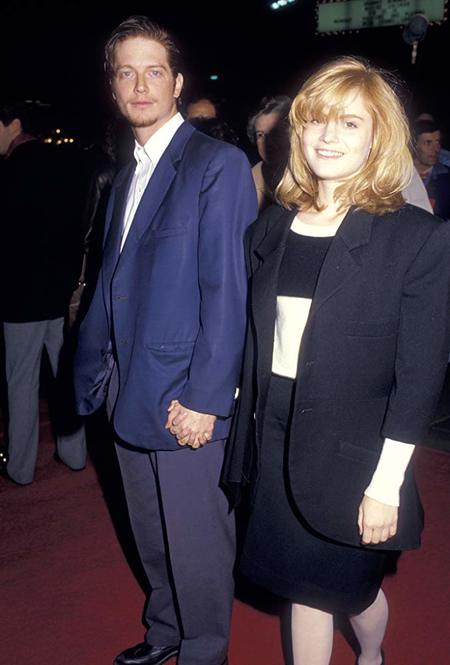 Not long after the breakup from Mr. Dukes, Leigh then met and instantly fell in love with Eric Stoltz who was replaced by Michael J. Fox for Back To The Future. As a matter of fact, Stoltz and Leigh were also originally two of the casts for Eyes Wide Shut (1999). Their affair only lived between 1985 till 1987. 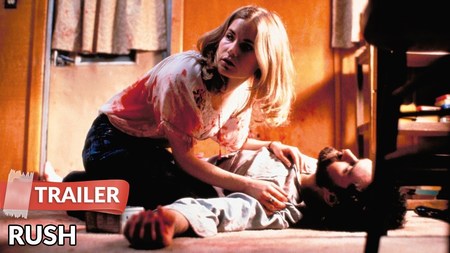 Leigh then shared an affair with Jason Patric with whom she first met whilst working on the set of Rush which was released in late 1991. To be even more precise, Jennifer and Jason also couldn't keep their romance alive for long enough as they lasted two years, from 1992 before they parted ways in 1994.

Besides, Leigh is also written to have been romantically linked with Steven Shainberg, Robert Downey Jr. and the notoriously famous film mogul Kevin Spacey who allegedly sexually abused numerous people including minor.

Daughter Of Vic Morrow Who Died Whilst Filming A Heli Stunt

In case you didn't know, but Leigh the daughter of the late famous actor, Vic Morrow, who is prominent for his roles in films such as Combat! and B.A.D. Cats and his first former wife, Barbara Turner. Unfortunately, Mr. Morrow, born as Victor Morozoff, died whilst filming a helicopter stunt scene for the Twilight Zone: The Movie in the year 1982.

Vic Morrow wasn't the only actor to pass away in the unfortunate sudden event as he was also accompanied by child actors including Myca Dinh Le and Renee Shin-Yi Chen who were only seven and six years at the time. The death of the actors which took place in California stirred a big controversy. 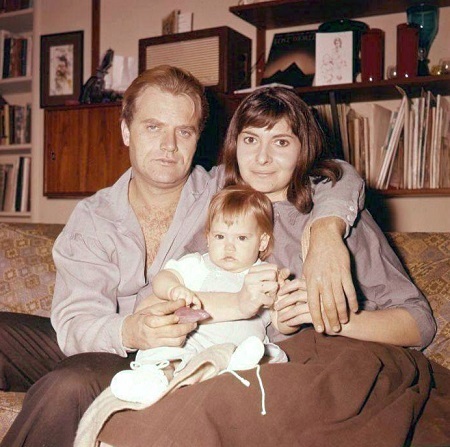 A childhood picture of Leigh with her late parents Vic Morrow and Barbara Turner. SOURCE: Pinterest

A lawsuit was filed by Leigh and her sister, Carrie Ann Morrow, against Warner Bros alongside film director Steven Spielberg and John Landis. Unfortunately, the two sisters couldn't win the lawsuit against such a strong and big company but a court decision was later settled on mutual terms and agreements which are still kept a mystery to this day.

Leigh and Mr. Morrow, however, had drifted away during the death of the actor which is why the actress changed her surname from Morrow to Leigh. As a matter of fact, Vic was then divorced from his second wife, Gale A. Lester from whom he shared no kids.

Carrie, who struggled with drugs substance died in 2016, the same year, their mother died in April at the age of 79 in Los Angeles. Besides, Jennifer is also a sister named Mina Badie to another daughter of her mother from her second marriage to renowned film director, Reza Badiyi. As a matter of fact, Leigh and Mina even co-starred together in Greenberg.

Leigh Is Worth $5 Millions

Clearly, Leigh was influenced by her parents to follow their footsteps in Hollywood. Or, in other words, filmmaking and acting run in the family genes of Leigh. Not to mention, her mother is a screenwriter known for Georgia and Petulia, and Leigh firmly says she knows the difference between a high and less qualitative screenwriting because of her mother.

Since debuting in the film industry at a tender age of just 9 on the low-budget film, Death of a Stranger, Jennifer slowly embarked on the journey to conquer the industry, which she eventually did. As a matter of fact, she was taught acting at the Stagedoor Manor Performing Arts Training Center in New York where she was mentored by veteran late Hollywood icon, Lee Strasberg. 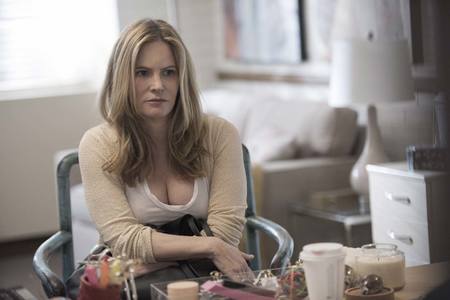 Jennifer Leigh on the set of Atypical. SOURCE: IMDb

And, after making her big-screen film debut on Eyes of a Stranger where she played the role of a sexually abused mute victim, Leigh dropped out of school to focus on her acting journey. Likewise, over the nearly four decades of her career, Leigh has been and is still actively involved in the passion that assembled her a net worth of more than $5 million.

With her involvement in more than 100 projects, Leigh is highly remembered for her roles in films such as The Hateful Eight which was a box office hit of $155 million, Flesh and Blood, eXistenZ, Fast Time at Ridgemont High, Backdraft, Dolores Claiborne, Single White Female, Annihilation, The Machinist co-starring Christian Bale, White Boy Rick, The Hitcher, Rush, Amityville: The Awakening, Miami Blues, In The Cut, The Quickie, The Jacket, Childstar, Rag Tale, The Moment, Kill Your Darlings, The Men's Club, The Big Picture, Under Cover, Short Cuts, Mrs. Parker and The Vicious Circle, Sister, Sister, Easy Money, Wrong Is Right, Margot at the Wedding which was written & directed by Baumbach, Welcome To Me, The Spectacular Now, Hateship, Loveship, LBJ, Morgan, White Boy Rick, and Possessor, Awake and The Woman in the Window which release in 2020.

But, it was Anomalisa, The Hateful Eight and The Anniversary Party that added a big accomplishment to the actress's career. To be precise, for her role in The Hateful Eight, Leigh received an Academy Award nomination in the category of the Best Actress in a Supporting Role. And for the Charlie Kaufman directed drama, she also received an Independent award nomination for the Best Actress in a Supporting Role.

But, you would be foolish to think Leigh hasn't been involved in theatrical works. To name a few stage work of the Los Angeles native, she performed for the award winning-drama; The House of Blue Leaves which was originally written by John Guare, Abigail's Party, Proof, Picnic, Sunshine, and Theater of the New Ear: Anomalisa.

Noah Baumbach is an American film writer and director who was previously married to actress Jennifer Jason Leigh.

Rohmer Emmanuel Baumbach is the only son and the child of actress Jennifer Jason Leigh and Noah Baumbach.