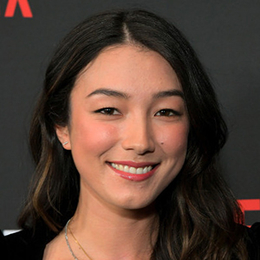 Famous for portraying the character of Snow Vase in Netflix's Crouching Tiger, Hidden Dragon: Sword of Destiny. She made her acting debut from the same movie. As of 2019, she is working on the Netflix movie, The Society.

Natasha Liu who is successful in winning the hearts of millions of audiences. There are numbers of people who adore her. But is there anyone whom she adores?

Bordizzo is neither married nor dating anyone as of 2019. She is not spotted with anyone and even has not introduced anyone as her boyfriend. So, as of 2019, she is single. But in the interview, she mentioned the qualities which she seeks in her partner. Those qualities are kind-hearted, vulnerability, wit, loyal, and hilarious. 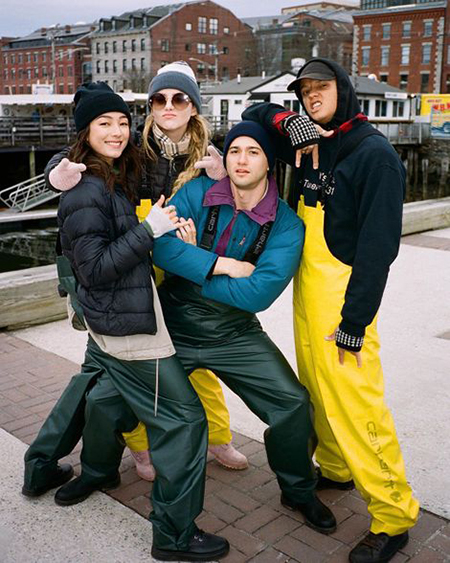 Natasha Liu Bordizzo posing with the cast members of The Society.

The star moreover is more to her career rather than involving in some serious relationship. She is hardworking and ambitious, which might be the reason for her being single.

Scrolling her Instagram account, she is very close with the cast members of Netflix TV series 'The Society.'' They include Kathryn Newton, Alex Fitzalan, and Toby Wallace.

Bordizzo is a travel freak just like any other Hollywood celebrity. She keeps on visiting several exotic places. She also enjoys hanging out with friends.

Apart, the star is active on social media where she keeps on posting several photos regarding her personal and professional life. As of 2019, her Instagram has more than 533k followers.

Natasha Liu Bordizzo is active in the Hollywood industry since the age of 19. Till the date, she worked in numbers of movies and TV series from where she indeed collects a good amount.

Bordizzo has the net worth of around $500 Thousand. As of 2019, she is portraying the role of Helena in Netflix TV series, 'The Society.' She is also working on the upcoming action comedy movie, 'Guns Akimbo' with Daniel Radcliffe and Samara Weaving. 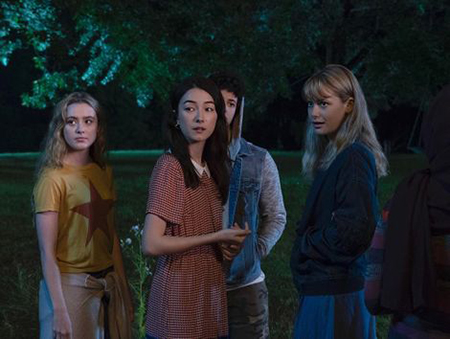 Natasha Liu Bordizzo in one of the scenes of The Society.

In 2017, the actress appeared in the musical biographical drama film, 'The Greatest Showman' starring Hugh Jackman, Zac Efron, and Zendaya among others. The film moreover collected around $435 million at the box office against the budget of $84 million.

When it comes to her acting career, she gave her first audition at the age of 19 for the role of Snow Vase in the movie, 'Crouching Tiger, Hidden Dragon: Sword of Destiny.' She nailed the audition and earned the role. In the film, she worked with Michelle Yeoh, Donnie Yen, and Harry Shum Jr., among others.

But the star mentioned that being a movie star was never her plan. She explained,

''I had no intention of being on camera. Not only did I have no intention, I had stage fright. I did drama in school and the minute it wasn't compulsory—I think it was in Year 9—I quit it right away.''

While studying law, she went on to take on double bodywork at Fox Studios in Sydney and was immediately hooked. She then realized that she was born for acting and later mentioned that she would start her career in Hollywood even five years ago if she had the same opportunity early.

Check out this interview for more detail:

Along with acting, Natasha is also involved in modeling. Further, a model makes an average salary of $72.3 Thousand to $139 Thousand. She became the new face BONDS originals underwear campaign.

Apart, the star owns an apartment in Los Angeles which she bought in 2016. The star currently resides in the same apartment. 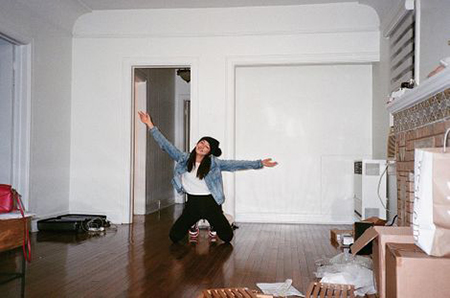 The actress moreover is a fashion and beauty influencer. For 2018, she mentioned that she wanted to find some handmade rings and unique jewelry pieces.

Catch me here or I’ll catch you there.. : @christianantidormi