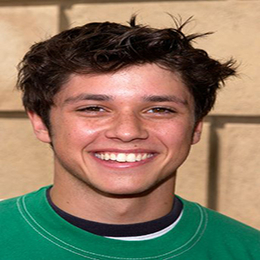 Raviv Ullman is mostly remembered by the public as the kid from the Disney Channel series "Phil of the Future". He is now an adult and is showcasing his talent through various mediums.

The "Phil of the Future" famed actor, Raviv Ullman is undoubtedly one of the most good looking actors out there, and millions of girls want him as their boyfriend. So, is the handsome hunk off the market or single?

Raviv is currently in a relationship with show creator Julia Pott. She also works in Hollywood and is a creator of show "Summer Camp Island" which airs on Cartoon Network. 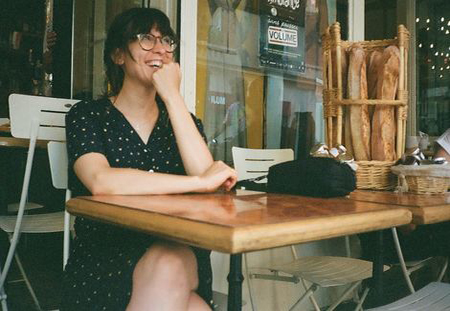 Despite their busy schedule, they somehow manage to spend time together. Recently, they took a trip across Europe and spend quality time together.

The actor's first public relationship was with Danielle Faurot in 2004. They first met at the "Phil of the Future" audition. Raviv got the part, however, Sadly was not selected. They moreover dated for about five months and separated in April 2005.

The actor then dated "Phil of the Future" co-star Aly Michalka from 2005-2011. They dated secretly for months but later became public when they ended their relationship. The couple had a reunion at a mutual friend's party in 2018.

It looks like Raviv and Aly were in an on and off the relationship as many online websites claim that Raviv also dated Filipino-American singer Lalaine Vergara-Paras,  actress Brenda Song, and actress Laila Liliana Garro from 2005 to 2008.

Raviv, however, started a serious relationship in 2012 with actress Sarah Steele. They first met while working in the Broadway play "Russian Transport." On the play, they portrayed the character of siblings.

At the time, Raviv was a well-known star, and Sarah had a crush on him. She, however, was afraid to approach him, as she thought he would be way cool for her. However, that was not the case, and they soon realized they had more things in common.

They eventually started dating in 2012 and even started living together. The love, however, could not last long and the couple broke up after a few years. The star, in addition, was also rumored to be dating Whitney Martin and Rachel Perry.

Ullman was born in Eilat, Isreal to American parents, Laura Ehrenkranz, a teacher, and Brian Ullman, a psychiatric nurse practitioner. They moved to the US when he was just one-year-old.

Happy birthday to the best sister a guy could ask for (she’s the one in the middle). Therapist, teacher, travel buddy, world saver (please go check out and support her work at @unionofconcernedscientists; one of the oldest and most important environmental advocates in the US), and all around role model. Happy Bday Tal, love you with all I got. Thanks also to the other two in the picture whom without neither of us would exist.

The star further grew up in Connecticut, the USA with his two younger siblings. He along with his sister Ortal Ullman and brother Nadav Ullman was raised in a Jewish household. His maternal grandfather, Joseph Ehrenkranz, was a well-known North American Orthodox rabbi. He, furthermore is a first cousin, twice removed, of Connecticut Independent Senator Joe Lieberman.

Raviv deeply cares for the environment and identifies himself as a fourth-generation environmental activist. He furthermore is involved in preventing the teen from AIDS.

The heartthrob also embraces gender-fluid clothes to tear down the toxic masculinity mentality. He posted several pictures on his Instagram with feminine clothing items. 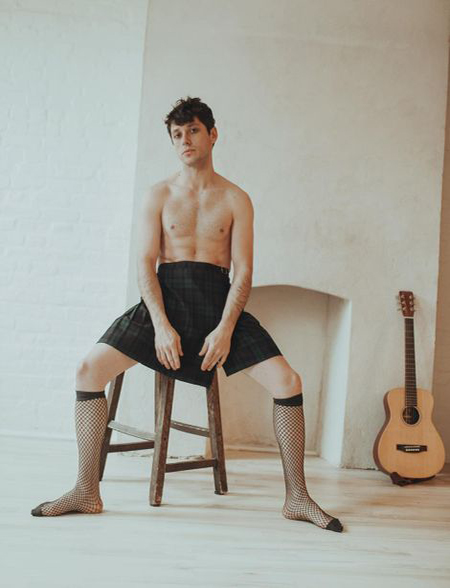 The actor was overwhelmed by all the positive response he got on those pictures and stated the following:

"I’m really honored that these pictures @kaitlynmikayla and I collaborated on have received such a warm welcome to the Instagram community. As a cisgender straight white male, I just want to acknowledge what a privilege it is to have these photos celebrated, while at the same time people in the trans and queer communities have been and continue to be persecuted worldwide just for living as their authentic selves"

The star is not the first celebrity to ditch gender norms. Actors such as Ezra Miller and Cody Fern are also making big sides in mainstreaming gender-fluidity.

Raviv Ullman is working in the entertainment industry for over two decades in various capacities. So, it comes as no surprise; he accumulated a considerable net-worth.

Net-worth and Primary Source of Income

The multi-talented artist Raviv holds a net worth of $3 million. He earned the big chunk of his fortune from his acting career. He started his career as a theatre artist and worked in many broadway shows and plays. On average, Broadway actors earn $2,034.00 per week.

Check the video below where the young Raviv Ullman is pranking Paget Brewster on the set of "The Big Bad Swim."

After gaining recognition from plays, he was cast in films and movies. He has worked in over 30 projects; however, he is best known for playing the character of Phil Diffy in Disney's "Phil of the future" in 2004. In the series, he shared the screen with Aly Michalka, Amy Bruckner, and Lise Simms among others. On average, an actor in the USA earns $50,000 per year.

Ullman, who can play a various musical instrument, was part of many bands. In 2006, he formed the band Good-Bye Ian with actor Douglas Smith. On 24th February 2009, they released the album Field Guide to the Wilds.

The accomplished musician later left that group and became a member of the band Reputante. He soon departed from that band also and formed band Lolawolf with actress Zoë Kravitz, wife of actor Karl Glusman. However, he left the group even before the release of their first full-length record. On average, a musician earns $15 thousand- $75.5 thousand a year.

Working as a Director

The actor also has the experience of working behind the camera. He occasionally directs documentary and music videos. The film director earns an average of $92,220 per year and $44.34 per hour. 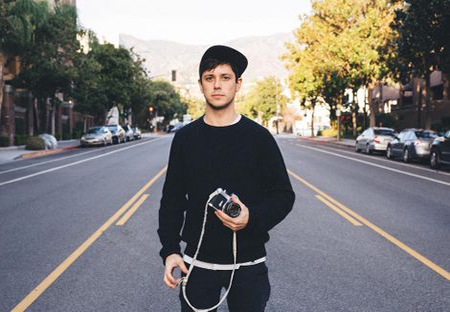