Home Article You'll Never Believe These Stars Have Crushes On Each Other! Check Out The Top 7 Celebrities Who Revealed Their Crush

You'll Never Believe These Stars Have Crushes On Each Other! Check Out The Top 7 Celebrities Who Revealed Their Crush 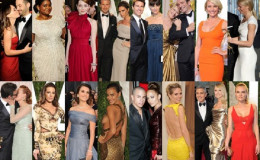 Celebrity crushes.... every one has at least one. While it's no surprise when you hear famous people say they have a special thing for Jennifer Lawrence or Brad Pitt.

Celebrity crushes.... every one has at least one. While it's no surprise when you hear famous people say they have a special thing for Jennifer Lawrence or Brad Pitt.

As Valentine's Day has just passed by, we are here to share some of the stars celebrity crushes you won't possibly believe. Keep reading to know stars up to their most surprising star crush!

Ryan Gosling once admitted that he used to have a big crush on singing diva Britney Spears. The actor shared that he fell for Spears after the two met on the set of Disney's Mickey Mouse Club when he was just 12 years of age. 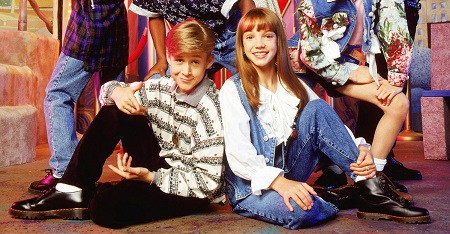 Britney Spears and Ryan Gosling on the set of Mickey Mouse Club
Source: US Weekly

During an interview with The Sunday Times Styles magazine, he disclosed,

"Britney was a sweetheart. She lived right above me, the girl next door. The little girl I used to play basketball and spin the bottle with."

However, Britney revealed playing spin the bottle with the heartthrob in Ellen DeGeneres show in December 2013. She said she never got to kiss him. She stated that the only person I kissed was Justin [Timberlake].

Taylor Swift and Justin Timberlake may be good friends who share the stage and even present each other with awards.

Back in 2008, Swift revealed to DeGeneres that she was dying to meet Timberlake. 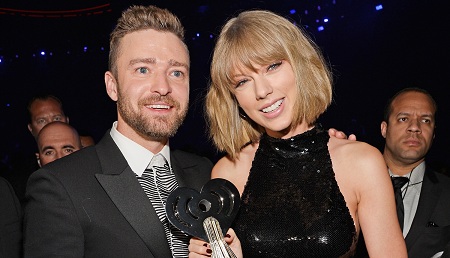 The next time she appeared on Ellen's show, surprised the diva calling JT in her show. During the show, Swift kept it cool and said she was'freaking out' while Timberlake commented on her 'beautiful voice'.

Diane Keaton is quite taken with her crush, musician Chris Martin. 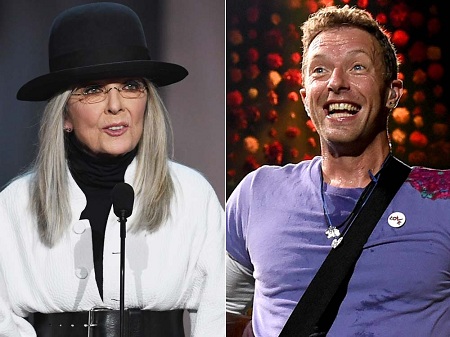 The 72-year-old actress appeared on 'The Ellen DeGeneres Show' on Tuesday, 20th February 2018 and said,

'He’s gorgeous. That face got better with time.'

"I didn’t know who he was, but I saw him and I noticed that he was gorgeous."

The Oscar-winning actress has never officially tied the knot before... and we can possibly guess why is it so.

During an interview on Late Night With Seth Meyers, Helen Mirren gushed to Seth Meyers that she has her eyes on Vin Diesel since a long time. 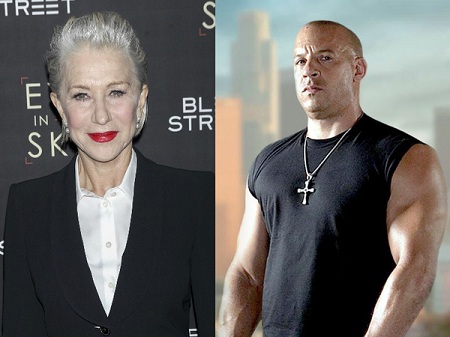 "I'm a huge fan of Vin Diesel. It came from me watching him make a speech once at some ceremony. He was just so smart and so funny and so cool, and I just sort of fell a little bit in love with him right there and then. Vin, I love you. I love you, Vin. You don't know who I am, but I still love you."

Moreover, she even showed her interest to join The Fast and the Furious franchise to get closer with the hunk.

Though Ryan Reynolds is living a happy married life with Blake Lively, he still has a better place in his heart for Anna Kendrick. 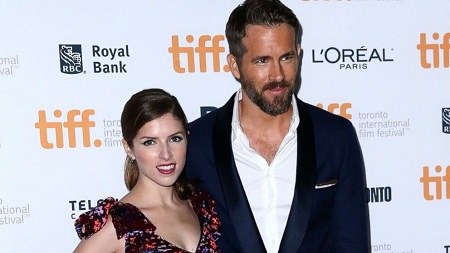 When a fan tweeted to Reynolds asking what it was like to kiss the gorgeous actress on screen, he responded quite an interesting way; you must have a look:

The 'Pitch Perfect' actress fired back and replied,

Well, Ryan Renolds is already taken by his gorgeous wife Blake Lively and they are one of the hottest couples in the Hollywood.

During a Super Bowl press day, Aaron Rodgers confessed that he has a special feeling for the talk show host DeGeneres. 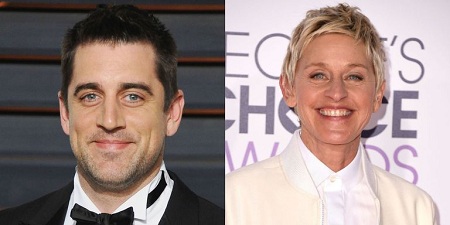 "I said my celebrity crush was Taylor Swift, just because I couldn't think of anything else. But I have to revise this today. Ellen (DeGeneres) is a big fan of mone, so I'll change it. My celebrity crush is Ellen."

He addressed Chico Enterprise-Record that Ellen had him on her show and he struggled his best to win her heart.

Johnny Depp gave Pink the surprise of a lifetime when he surprised her on Jimmy Kimmel Live! in May 2016.

Pink, who sang 'Just Like Fire' on the soundtrack to Depp's movie 'Alice Through the Looking Glass', stated that she met Depp once before in a bookshop. 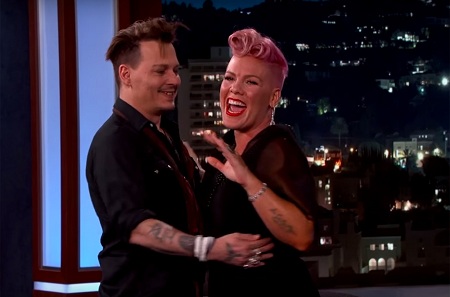 The two hugged and spoke briefly but it was pretty clear that Pink was barely able to maintain eye-contact with her longtime crush.

After Depp left the stage, she groaned,

"This is the worst day ever."

Though it's just a crush, celebs and normally all of us can hardly keep them off our heart and minds, don't you all agree?