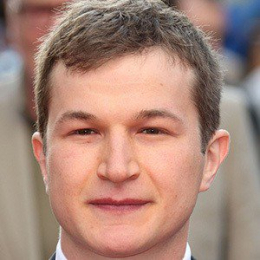 Alec Utgoff is the one who portrayed the role of Alexei, a scientist in the third season of Netflix's TV series, Stranger Things which was aired on 2019. The star made his career in 2010 and henceforth is acting in the Hollywood industry.

Alec Utgoff is neither married nor dating anyone as of now. The star is more into his career rather than involving in any serious relationship. He is hardworking and ambitious, which might be the reason behind him being single.

Utgoff is a family person. Scrolling his Instagram account, he prefers to spend most of the spare time with his parents.

The star moreover is a child lover. He spends most of his weekends with his nieces and nephews. Check out the picture:

Who’s ready for the weekend?!I know these guys are! Nephews and nieces Oscar, Misha, Vera with little Olivia as the ringleader hiding in the back. They’re now jacked on sugar and ready for some amusement parks. Imagine saying no... Have a great weekend!!! #fridayvibes #weekend #instagood #spain #photofotheday

Alec Utgoff is an actor by profession. He is working as an actor since 2010 from where he makes a good net worth and salary.

Utgoff has the net worth of around $500 Thousand. His primary source of income is his acting career.

Till the date, Alec worked in numbers of hit movies with an amazing box office collection. Some of those includes:

Along with films, the star also appeared in several famous TV series. As of 2019, he appeared in the role of Alexei in the Netflix's sci-fi TV series, Stranger Things with Millie Bobby Brown, Gaten Matarazzo, and Finn Wolfhard among others. He might undoubtedly collect an impressive amount from his role in the series.

Born Alec Von Utgoff on 1st March 1986 in Kiev, Ukraine, Alec is an actor. His birth sign is Pisces. Ukrainian citizen Alec is of Mixed ethnicity (half Russian and half Ossetian).

The star moreover is the son of mother Roza, a musical conductor, and father Vladimir, a heart surgeon who is an honored doctor of modern-day Ukraine. He grew up with his brother Alan who is a financier.

Regarding his academics, Utgodd joined the prestigious Drama Centre in London and graduated in 2010. He has both BA and MA degrees. Apart, the actor started his acting career in 2010 in the TV series, Spooks and the movie, The Tourist.