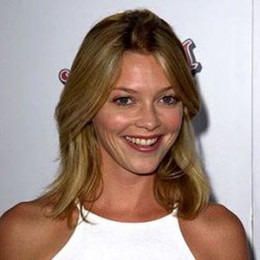 American actress, Amanda Detmer made into the list of 2001 Stuff Magazine's 101 Sexiest Women. She is known for her appearances in moves as well as television series. Detmer was a regular cast member on the short-lived NBC sitcoms M.Y.O.B. (2000) and A.U.S.A. ('03) and the '06-07 ABC relationship-drama series What About Brian? She is in a marital relationship with John Crickellas and shares two kids with him.

Detmer was raised in Chico along with her parents, Melvin Lester Detmer, the singing cowboy, and Susan Thurman Detmer, a teacher. She has a brother, Matthew Detmer, an actor.

Detmer went to the California State University, Chico. She then joined New York University's Tisch School of the Arts and completed her Master of Fine Arts (MFA).

She became interested in acting while watching Detmer’s brother, Matthew perform at a community theater. She took acting classes at the Chico State and was completely hooked.

During her education, Detmer continued her training by performing in several plays such as A Streetcar Named Desire, Othello, and The Importance Of Being Earnest.

Amanda Detmer made her debut with 1995 Tracey Gold TV-movie, Stolen Innocence, which was filmed in Chico. She starred along with Tracey Gold, Thomas Calabro, Bess Armstrong, and many others. 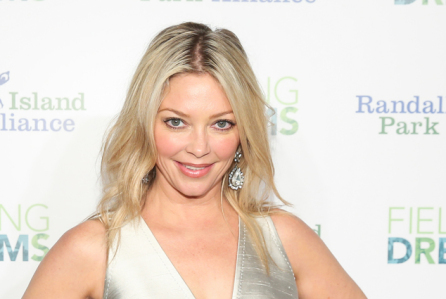 In 2001, Detmer appeared as a major role in an American Comedy film, Saving Silverman. The same year, she was also featured as a leading role in the American romantic period drama film, The Majestic, starring opposite Jim Carrey.

Detmer then made her appearances in the number of movies including, Final Destination, Big Fat Liar, Final Destination 2, You, Me and Dupree, whereas his TV credits include Ryan Caulfield: Year One, Sue Thomas: F.B.Eye, Law & Order: Criminal Intent, among others.

Amanda Detmer has an estimated net worth of 2.5 million. As per some online sources, she earned the salary of $83K - $91K per episode from American Comedy series, M.Y.O.B.

Some of her box-office hit movies are,

Amanda Detmer is in a marital relationship with John Peter Crickellas since 2007. The couple is blessed with two children. The family of four loves traveling and has posted a number of beautiful pictures on their social media account. 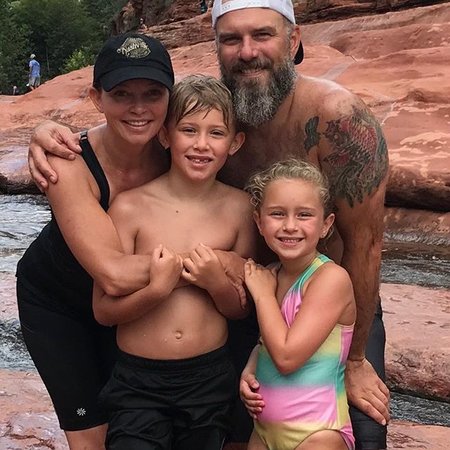 Previously, Detmer was married to Bernardo Targett in 2004, but after being together for more than three years, they divorced in 2007.

Below, we present the video of Amanda Detmer

Amanda Detmer married Bernardo Targett in 2004, but after being together for more than three years, they divorced in 2007.