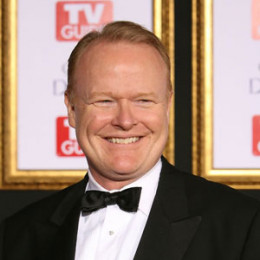 Emmy Award-winning American actor, Christian Clemenson is best known for his portrayal of Jerry "Hands" Espenson on the TV series, Boston Legal. He is also a TV actor, famous for his roles in the TV series such as Boston Legal, Apollo 13, The Mentalist, and Veronica Mars. For his amazing performances, he was nominated for various prestigious awards and has won an Emmy as well.

Christian Clemenson was born Christian Dayton Clemenson on 17th March 1958 in Humboldt, Iowa under the birth sign Pisces. Clemenson is American by nationality and belongs to White ethnicity. He is the son of Ruth Alzora, drug store owner (died at the age of 58) and Ernest Arnold Clemenson.

In 1973, Clemenson attended Phillips Academy. He participated in many theatrical productions at the time. He was close to James Spader during his school days. He graduated from Phillips in 1976.

Clemenson attended Harvard College following his graduation at Phillips. During his college days, he appeared in important roles in campus stage productions, as a freshman.

Clemenson performed in a Harvard Lampoon sketch comedy show, a Harvard Crimson theater critic. He was praised and was described as the hugely talented actor for his performance. He graduated from Harvard in 1980. He moved to Los Angeles after graduating from Yale School of Drama.

Christian Clemenson appeared in many TV series at the initial phase of his career. He debuted in the television roles such as The Paper Chase, Family Ties, and The Golden Girls.

Clemenson also worked in several movies like Legal Eagles (as a bailiff), Apollo 13 (as a flight surgeon)  and The Fisher King (as a killer).

Clemenson had a recurring role as Socrates Poole (a lawyer) in the Fox series, The Adventures of Brisco County, Jr. The series aired on August 27, 1993, until May 20, 1994.

Clemenson appeared as a guest in an episode Bad Girls from an American drama series, Buffy the Vampire Slayer. The series starred Sarah Michelle Gellar, Alyson Hannigan, David Boreanaz, Nicholas Brendon and Charisma Carpenter among others.

Clemenson appeared in ABC's TV series, Boston Legal in 2004. He portrayed Jerry "Hands" Espenson on the series. He starred alongside James Spader, William Shatner, Candice Bergen, Rene Auberjonois and Mark Valley among others.

Clemenson's portrayal as Jerry became one his best-known roles at the time. He also won an Emmy Award for Best Guest Actor in a Drama Series in 2006 for his significant performance.

Clemenson joined the cast of an American police procedural drama, CSI: Mami in 2009. He played the new medical examiner, Dr. Tom Loman in the series.

Besides, Clemenson has appeared in some of the episodes of popular series like Veronica Mars, Harry's Law, NCIS, The Mentalist, and Memphis Beat.

Christian Clemenson stands the height of 1.8 meters (6 feet 2 inches). His net worth can be close to million, as he has made a considerable amount from his acting career. He has not disclosed the exact amount of net worth to the public. He also owns an Audi A6 worth $50,675.

Clemenson’s work that made a good collection at the box office include:

Christian Clemenson is unmarried and has no children. He has never confirmed his relationship status to the media.

Despite the popularity, he has managed to keep his personal life low profile.

Clemenson is not active on social networking sites.