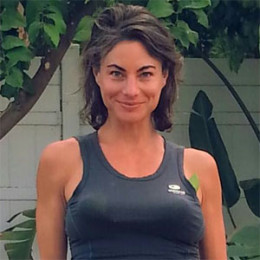 An American film and TV actress, Traci Dinwiddie is famous for her roles in the series and movies including Supernatural, One Tree Hill, and Elena Undone. She came out as a lesbian in her early 20's.

Traci Dinwiddie was born on 22nd December 1973 in Anchorage, Alaska. Her birth sign is Capricorn which defines her personality as determined, responsible, sincere, faithful who is fiercely ambitious and deeply driven to succeed. She is American and belongs to White ethnicity. Dinwiddie is currently working as an actress in the industry appearing in numbers of series and movies. She made debut as a voice actress in 1989 from the TV series, Earthian, voicing the character Elvira. Later, in 1998, she made acting debut from the movie Target Earth.

In 2004, she appeared in the movie, The Notebook alongside Ryan Gosling, Rachel McAdams, James Garner, Gena Rowlands, Joan Allen, James Marsden, and others. She then worked in the series, Dawson’s Creek.

Among all of her movies and series, she is popularly known for Elena Undone (starring Necar Zadegan, Gary Weeks and Traci Dinwiddie) and Supernatural (starring Jared Padalecki, Jensen Ackles, Katie Cassidy, Lauren Cohan, Misha Collins, and others).

In 2017, Dinwiddie worked in the TV series, The Walking Dead along with the casts members Norman Reedus, Andrew Lincoln, Steven Yeun, Lauren Cohan, Melissa McBride, Danai Gurira, Chandler Riggs and so on. For 2020, Traci has finished shooting two movies, The Aerialist and Awakened.

Traci Dinwiddie is one of the popular Hollywood celebrities, she has an estimated net worth of $3 million. She acted in Mr. Brooks which collected $48.1 million at the box office. She also played a recurring role in hit drama series Supernatural and currently is part of the post-apocalyptic horror television series The Walking Dead.

Traci Dinwiddie is very secretive when it comes to her personal life. As per the available information, she came out as a lesbian in her early 20's after she was linked to an American writer, Kristin Flickinger.

After the legalization of same-sex marriage in her country, she was thought of having married someone, but the Traci remains tight-lipped when it comes to sharing her dating history and relationship status openly. Nonetheless, due to her mysterious nature, Dinwiddie hasn't mentioned the full identity of her partner. They are thought of being in a live-in together for a year now. At the time being, she is also more focused on her career and enjoying her life to the fullest.

Stay tuned to Marriedwiki for more celebrity news and entertainment