Home Article "Seeing perfect Couples help us believe in True Love", Here is the list of top eight most hottest, popular and loved celebrity Couples of 2017 who will probably get Married soon

"Seeing perfect Couples help us believe in True Love", Here is the list of top eight most hottest, popular and loved celebrity Couples of 2017 who will probably get Married soon 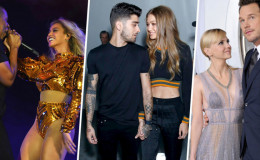 Here is the list of top eight most hottest, popular and loved celebrity Couples of 2017 who will probably get Married soon

It's already August and while we're heading at the end of this year, new relationships among the Hollywood couples are beginning and we are drooling over here looking their adorable snaps!

From Taylor Swift's new British boyfriend to Selena Gomez dating The Weeknd, a lot of Hollywood celebrities are giving love a shot and we're guessing will they make it through the following years and soon get married or will they only be a past affair?

"Seeing perfect Couples help us believe in True Love", so brace yourself for the Top Eight Hottest, Popular and Admired Celebrity Couples of 2017!

We were all biting our arms off when we heard Taylor Swift has found her new British beau and late when they confirmed their relationship, we were more than happy! 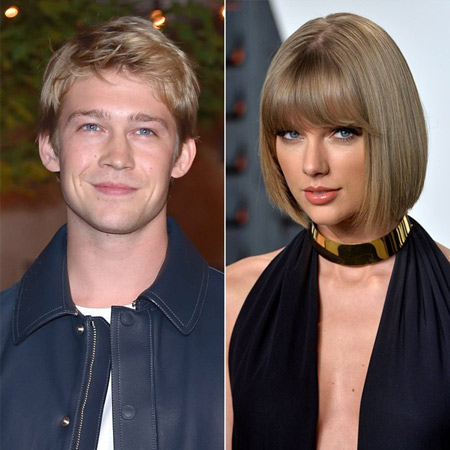 Taylor Swift is reportedly dating British actor Joe Alwyn since the past couple of months and they are giving us serious relationship goals.

They have gone public with their relationship and pretty serious about it. The 27-year-old singer who previously dated Calvin Harris, Tom Hiddleston and Harry Styles is, however, maintaining a low profile nowadays and we are guessing she's finally found the special one and who knows they might secretly tie the knots too!

Ever since his split from his estranged wife Angelina Jolie, Brad Pitt remained under the radar, far away from the spotlight. But now, he's grabbing headlines with the rumors of him dating his co-star from the movie, The Lost City of Z, Sienna Miller. 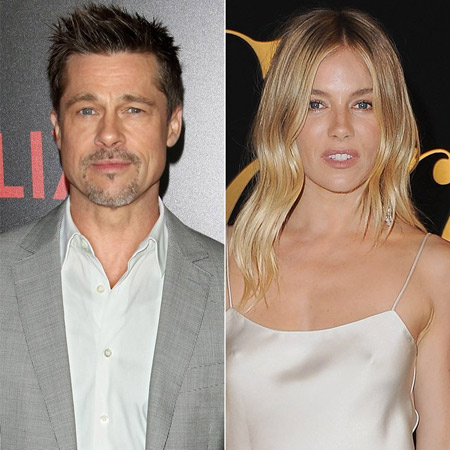 Sources like US Weekly reports that the alleged couple has been spending a lot of time together and spotted kissing together but neither of them has neither denied nor confirmed the rumors.

They are probably the hottest couple on our list. Brooklyn; son of the football legend David Beckham and Madison were spotted displaying PDAs in the streets of Hollywood.

They have been dating since July and looks like they're already in a steady and strong relationship. 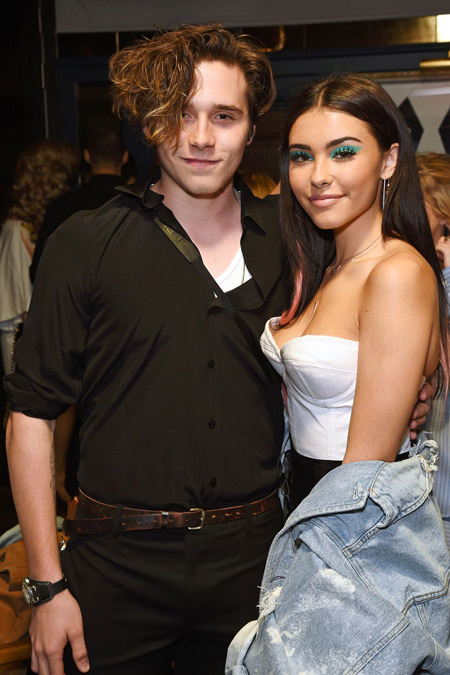 The beautiful singer, Madison, and the gorgeous Brooklyn Beckham confirmed the news in July after the two were spotted attending a concert together in LA.

Kylie Jenner and rapper Tyga's tumultuous relationship isn't going to stop Kylie from having a man by her side.

Just weeks after her split from rapper Tyga, Kylie was spotted hanging out with another hit singer/rapper Travis Scott at Coachella. 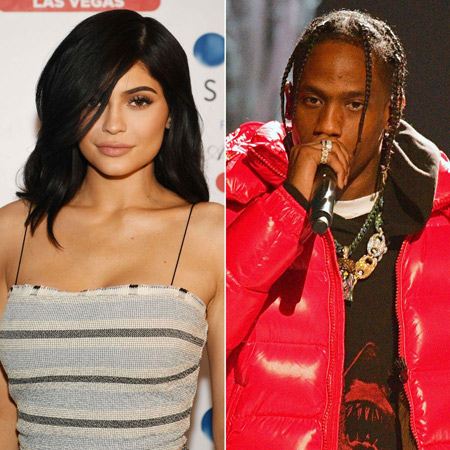 The reality star and famous model, Kylie looked pretty comfortable with the rapper and there's no doubt that they are dating, but for how long?

Just for the record, they recently got a matching butterfly tattoos. So are they getting serious??

The hot actress Shay Mitchell is sparking a romance with handsome Canadian ET Canada reporter Matte Babel since the past few months.

The perfect pair is maintaining a low profile in the media and sources reports that "they are serious and having fun together." 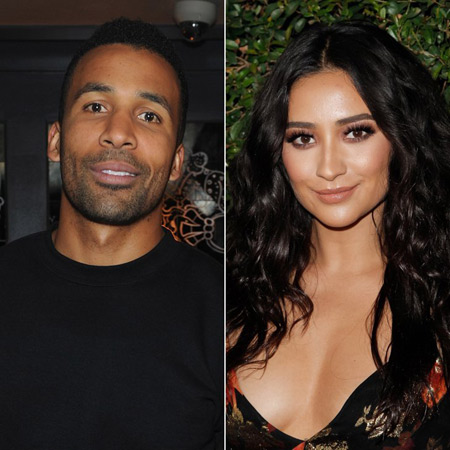 They first met through mutual friends in LA. Shay was dating Ryan Silverstein but after breaking up, she's moved on with Matte Babel. If everything goes right, then the couple might even get married!

The Hotel Mumbai co-stars Dev Patel and Tilda Cobham-Hervey is the newest couple in town. They were rumored to be dating together but they made the rumors gain much attention when spotted holding hands in LA back in March. 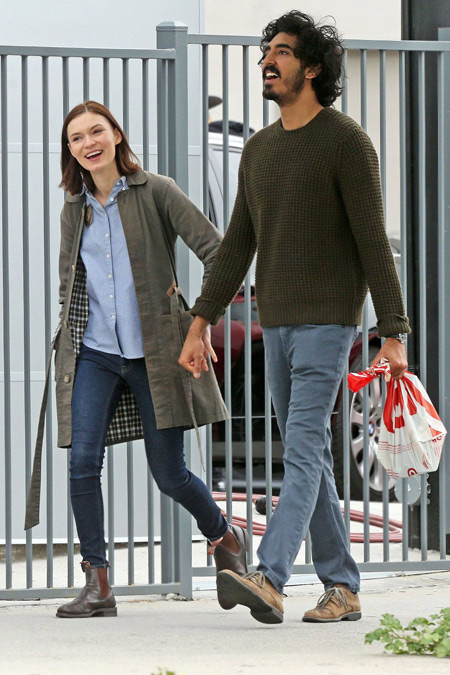 The Aussie actress looked pretty happy and flirty with the Oscar nominee actor and have been hanging out a lot ever since but have not confirmed their romance yet.

2. Selena Gomez and The Weeknd

After struggling through rehabs and hectic relationship with ex-boyfriend Justin Bieber, 2017 has been lucky for the singing sensation, Selena Gomez. She's been smiling all along and the reason for her smile is her new beau, the singer The Weeknd. 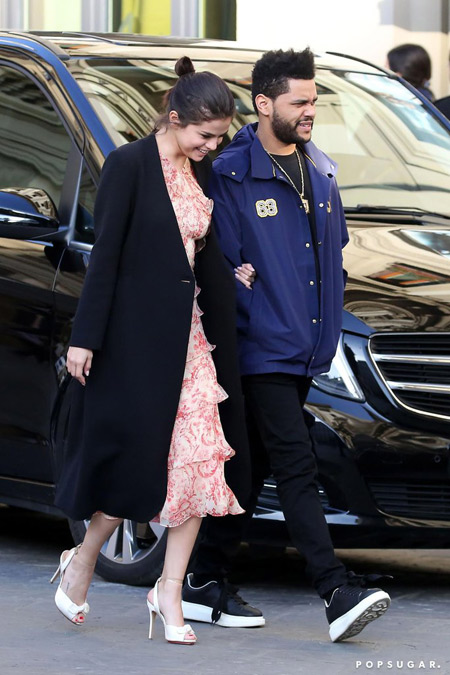 The perfect couple was spotted sharing a passionate kiss together outside the Giorgio Baldi Restaurant back in January and ever since they are going strong together and we might hear wedding bells soon for this singing couple!

If you don't believe in a perfect relationship then Zayn Malik and Gigi Hadid are here to prove you wrong. The super-adorable and wonderful couple have been dating since last year and are giving us serious relationship goals. 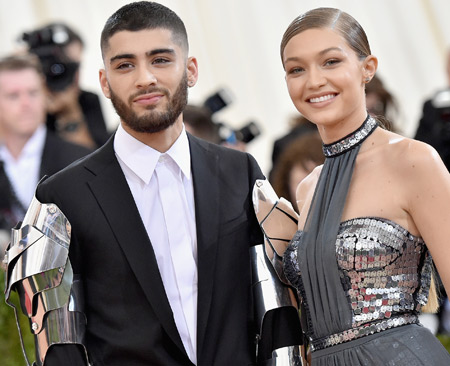 The so-in-love couple first met at a friend's birthday party many years ago. Gigi already had a soft corner for Zayn ane when Zayn attended Victoria's Secret Show she played it cool.

Luckily they ended up going on a date after a week.

And the cutest couple has never looked back ever since. They might soon get engaged and walk down the aisle too!

Well, let's hope that these top 8 couples stick together till the end and become an inspiration for all of us.

For more articles and updates, keep following our page!!