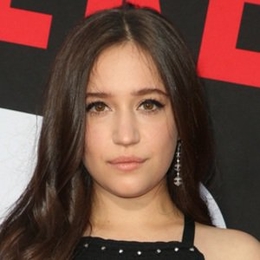 Gideon Adlon is a young actress who is cementing her name in Hollywood through sucessful movies and TV series. At present, she is gaining popularity because of the Netflix TV series "The Society". Before, her acting career, she was known to the public as the daughter of actress "Pamela Adlon".

The celebrity child Gideon Adlon remained out of spotlight her whole life as her famous mother wanted her to have a normal childhood. However, her profession and personal life are now under scrutiny as she is emerging as a new talent in Hollywood.

Gideon is the daughter of writer Felix O. Adlon and actress Pamela Adlon. The couple married in 1996 and divorced in 2010, after 14 years of marriage. Her father moved to Germany after divorce, so she was moreover raised by her mother. So, she has a great deal of respect for her mom and stated following her:

Gideon mother Pamela, after the divorce, was rumored to be dating comedian Louis C.K. He was accused of sexual misconduct by various women in 2017. After all these incidents, FV announced that ''Better Things'' might continue under Adlon alone.

Gideon comes from a long line of entertainers. Her paternal grandfather is German director Percy Adlon and grandmother is Producer Eleonore Adlon.

Nana is the mother of my mama. I love every moment I spend with her. I love her stories. She’s the coolest.

Similarly, her maternal grandfather was Donald Maxwell "Don" Segall, who was a television comedy writer-producer, and author of comic books and science fiction pulp novels.

Gideon grew up with two younger sisters Odessa Adlon and Valentine (Rocky) Adlon. Both of them are actresses. Furthermore, her younger sister Odessa was in a romantic relationship with Jaden Smith, son of Will Smith and Jada Pinkett Smith.

The young actress Gideon is currently in a relationship with Boris.v.Stoimenov. They are dating for a long time, and the bond between them is only stronger. 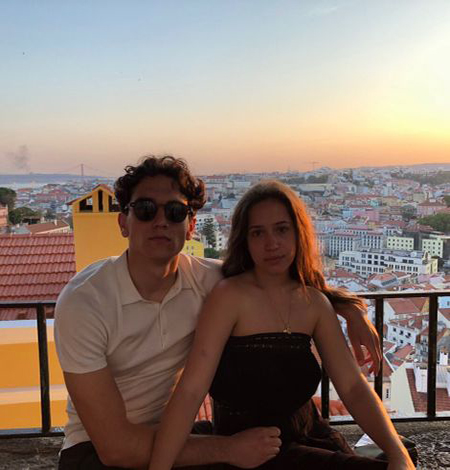 Gideon Adlon with her boyfriend Boris on vacation. SOURCE:

Unlike some newbies, Gideon is open about her relationship. Her Instagram account is filled with the pictures of her and her beau. She, moreover is not also afraid of PDA, as there are numerous pictures of them Kissing.

The young couple is enjoying their relationship at present, and there is no news of engagement or wedding.

Previously, Adlon dated an Italian guy which she revealed via an interview. But the relationship did not last long and broke up soon.

Gideon Adlon is a rising star in Holywood who has gained a lot of fame in a short period. Along with recognition, comes money and Adlon is surely raking in some high numbers.

Gideon holds the total net worth of $500 thousand- $1 million. The primary source for her fortune is her acting career. 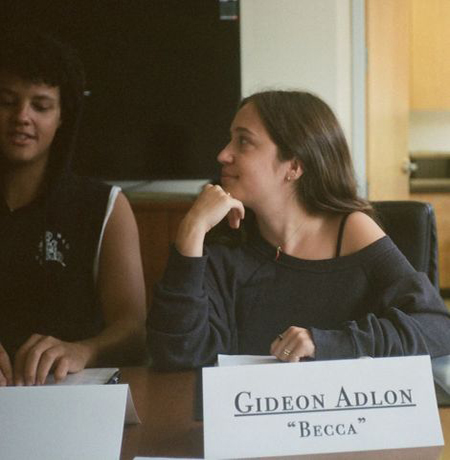 Gideon first entered the entertainment industry as a teen actress. She played the character of Amy in the TV series "Louie" which starred, Gideon close family friend Louie C.K.

The star continued to work in many TV series; however, she gained worldwide recognition when she played the closeted lesbian character Sam in 2018 hit movie "Blockers." The film earned $94 million against the budget of $21 million. Leslie Mann, John Cena, and Ike Barinholtz were in the lead roles.

Check out the scene of the movie where Gideon Adlon's character came out to be a lesbian:

Gideon moreover is gaining popularity among youths through Netflix series "The Society." The series features many young actors such as Kathryn Newton, Kristine Froseth, Toby Wallace, and Josh Julian. On average, a Netflix Star makes an average salary of $47593-$60,635.

The 22-year-old star moreover is becoming a household name and is gaining lots of supporters online. Her Instagram page has over 358 thousand followers, and she earns $1,075-$1,792 per promotional posts.

Gideon Adlon Daughter of a Millionaire

Her mother Pamela Adlon an American actress, voice actress, and television producer and boasts a net worth of $16 million. She divides her time between Manhattan and Los Angeles and thus owns houses at both places. 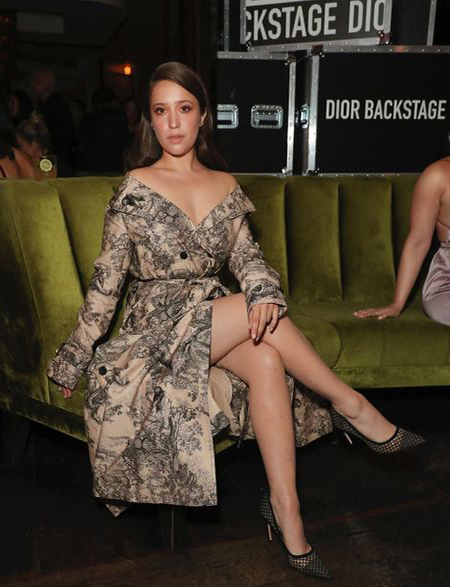