Home Article Hollywood is not only about competition but about friendship as well, here is the list of the top 10 best friends who have ruled the industry together

Hollywood is not only about competition but about friendship as well, here is the list of the top 10 best friends who have ruled the industry together 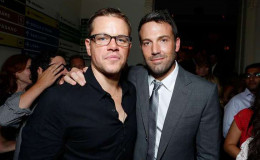 A person with whom one has a bond of mutual affection, typically one exclusive of sexual or family relations.

As we say, "Love" comes in all shapes and sizes and is for "best friends." We can survive without a lover, but not without a best friend, as they are someone with whom you can be at your best and your worst and still count on them at any time. After your family, best friends are the ones you can trust and share everything with.

Working together in a movie for several months or years can surely bring two people close together, and in Hollywood, there are many yet special such bonded people who happen to be the best buddies in real life.

Both talented, unbelievably handsome, and irresistible superstars of Hollywood, Ben Affleck and Matt Damon's friendship dates back to when they were just kids.

Recently, Ben expressed his feelings on ET at Monday's "Live by Night" premiere. Acknowledging that his best friend, Matt Damon, is the person he relies on most when he feels down. 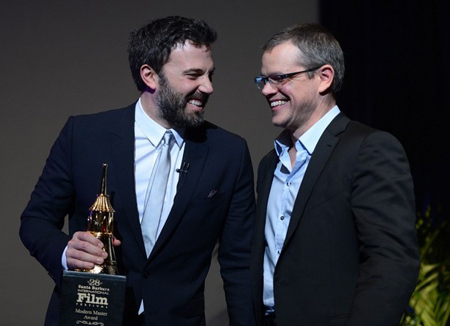 He quoted: "It's an incredibly valuable friendship and it's very precious and so is my friendship with my Matt. I don't know what I would do without him."

Together, they also wrote the script for the 1997's hit movie "Good Will Hunting," where they acted together along with Robin Williams and Casey Affleck.

Most of you might not know of this unlikely friendship, but the pop queen Beyonce and the gorgeous "Country Strong" actress Gwyneth Paltrow have been BFFs for more than 16 years. 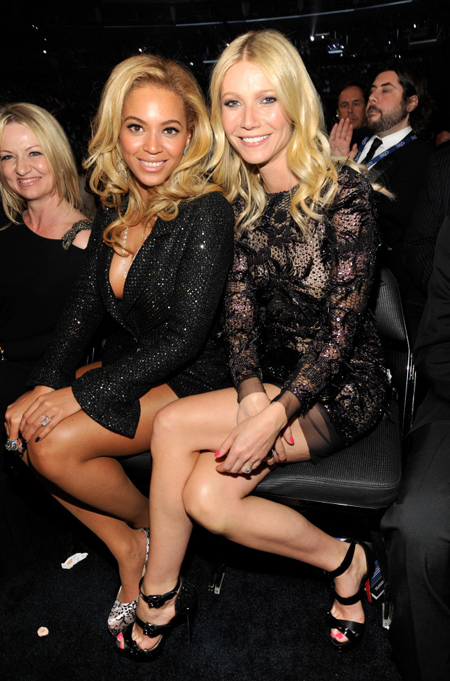 BuzzFeed reports that these girlfriends met each other at a charity event in their early 20s, and they've been best friends ever since.

Also, at the premiere of her HBO documentary "Life is But a Dream," Beyonce admired Gwyneth for being "a great friend on every level."

As there's always some rivalry in the music industry, these beautiful and hit singers have given friendship a different meaning. 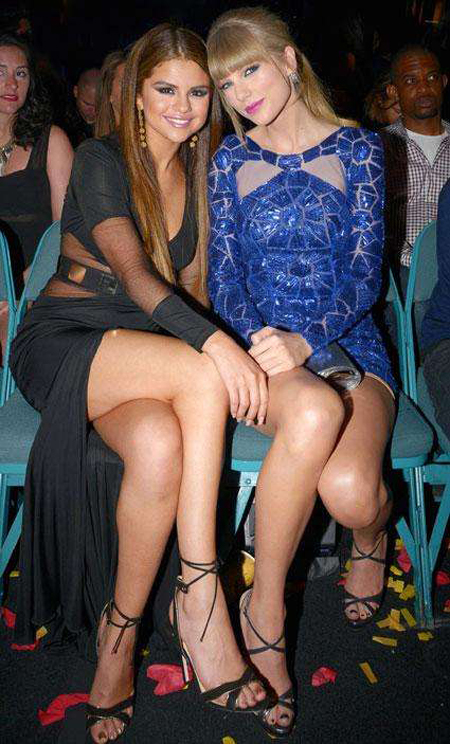 Both have been best friends for a long time, and the "Partners in Crime" are spotted partying and having a good time.

Going through old pictures today, because @selenagomez just turned 24! I can't imagine my life without you, Selena. HAPPY BIRTHDAY!

After dating the Jonas Brothers, the two became friends in 2008 and have maintained best-friend status ever since, with Selena telling Vogue magazine that Taylor is "my sister."

7. Will Ferrell and John C. Reilly

The "Step Brothers" actors Will Ferrell and John C. Reilly are the industry's inspiring and most respected friendships, mostly because of their perfect comic timing in real and on-screen. 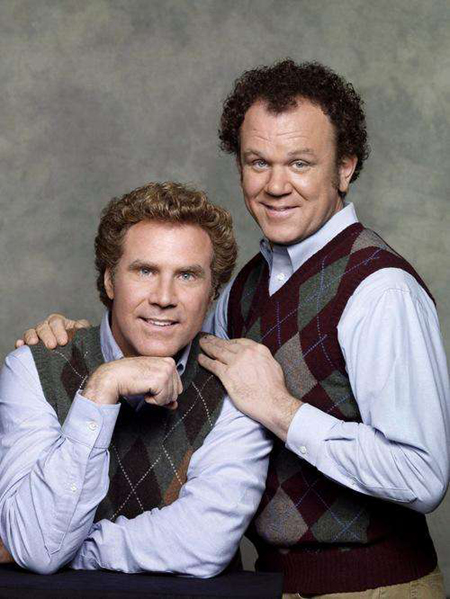 Their friendship became much stronger when both co-starred in 2006's popular movie "Talladega Nights: The Ballad of Ricky Bobby."

Also, Will Ferrell told the directors that he would not work in "Step Brothers" unless they cast John C. Reilly as his co-actor.

These hot "Charlie's Angels" series co-stars, Cameron Diaz and Drew Berrymore have been more like sisters as their friendship has celebrated 24 long years. 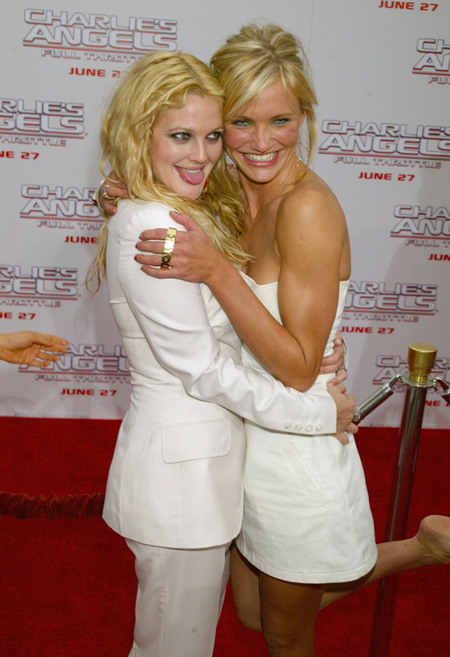 These super-sexy gals always have each other's back, proven by an incident where a radio host commented on Drew's drug abuse history. Cameron reacted with full rage and ended the interview abruptly.

PopSugar reported Cameron admiring Drew's Big heart. She quoted: "She has the most amazing heart. She is one of my closest girlfriends, but the way she loves the people around her is really special. She is so giving of herself and so accepting of others."

Justin Timberlake and Jimmy Fallon first met backstage at the VMA awards in 2002, and ever since then, their constant joking and pranks have been unstoppable. 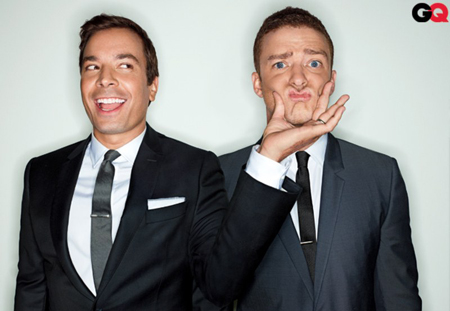 Eventually, they started a prolific friendship full of late-night hit skits, including their Barry Gibbs and Robin Gibbs impersonations, the History of Rap songs, and the #Hashtag viral video.

Also, see: Actor Jimmy Fallon and his Wife Nancy Juvonen got Married in 2007. Know about his Children

"Tina and Amy" are undoubtedly TV's most beloved comic actresses. Tina Fey and Amy Poehler have celebrated 20 years of friendship, and the beautiful gals also hosted the Globes in 2013, which was the funniest and most-watched Golden Globes award. 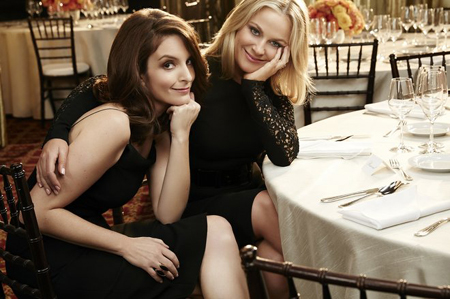 Vulture.com reports that Amy and Tina got along well when they started their friendship.

ELIZABETH STAMATINA FEY AND AMY MEREDITH POEHLER WON AN EMMY FOR THEIR SNL CHRISTMAS EPISODE AND MADE HISTORY AND I'M SO PROUD! They deserved it more than anyone??

In an interview with Vulture.com, Amy quoted:

"I remember Tina Fey wrote a play about Catherine the Great fucking a horse, and I thought, 'That lady is hot stuff, I wanna know her.'

Also see: Amy Poehler's marriage ended in 2014, and they have two kids together. What's her life like after the divorce?

This bromance started after Brad Pitt and George Clooney met on the set of the hit movie "Ocean's Eleven."

Also see: Divorce rumors surrounding George Clooney and his wife Amal Alamuddin: She is expecting her first child: Couple is still together.

They both enjoy pranking one another whenever they're working on a movie together. 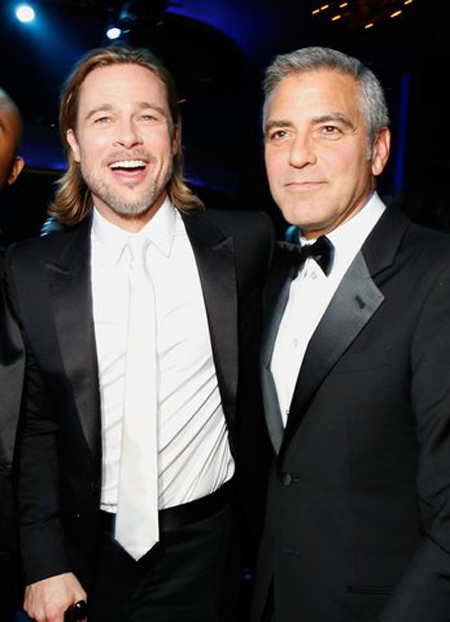 One time, Clooney even set up a crowd of admiring fans outside Pitt's hotel and had them chant the name "George" to him all night long.

Also, see: Angelina Jolie's files for divorce from her long-term partner Brad Pitt. They married in 2014

These BFF's blockbuster hit sitcom "Friends" not only bagged them several awards but something more precious than those, a best friend for life. 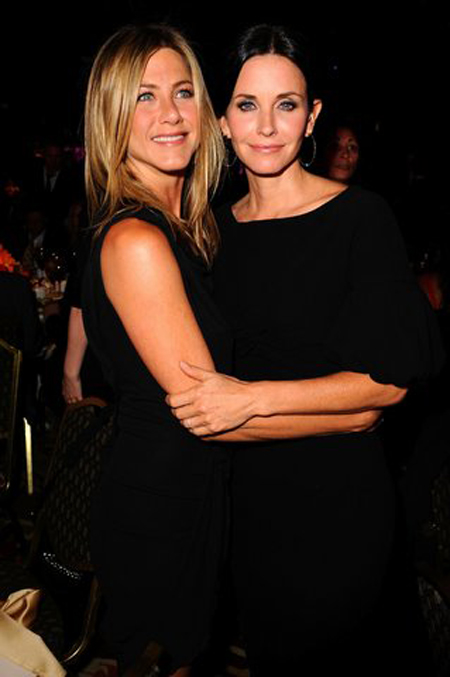 Jennifer Aniston and Courtney Cox met each other while being cast as roommates on "Friends." Even though the show bade goodbyes twelve years ago, their friendship has reached milestones and continues to grow.

DailyMail reported that Jennifer Aniston is the best babysitter of her best friend Cox's kids. Their friendship is worth more than millions of gold.

For more information: Jennifer Aniston and Justin Theroux are about to welcome a cute baby girl.

The legendary actor or our very own favorite "Jack," Leonardo Dicaprio, has been best friends with our favorite superhero, "Spiderman," Tobey Maguire, for a long time. 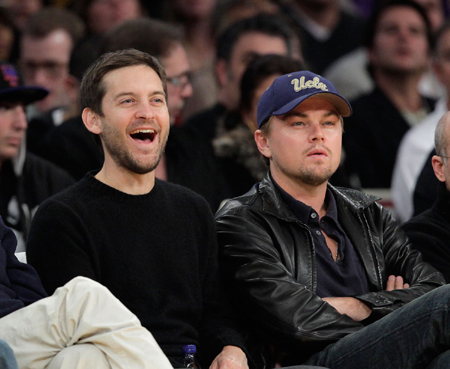 They first met for an audition in the late 80s and hit off well as best buddies. Their hit movie together, "The Great Gatsby," won the hearts of millions of fans, and their friendship is the most talked about topic on the web.

Here's a video of Tobey talking about his wonderful experiences working with his best friend, Leo.

Tobey told People earlier this month: "We are like any other buddies. There's a lot of laughing and chatting between us. We enjoy doing a lot of things we have in common, like basketball. We like to play and talk about basketball."

So, after checking out the top 10 list, we're sure you all are missing your best friends right now. After all, they are the ones you need to hold on to and move further together.