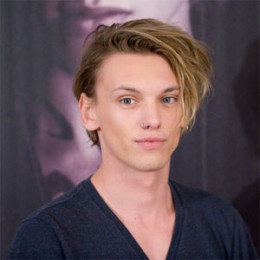 Born and raised in London, England, Jamie Campbell Bower is a popular English actor, singer, and model. He is best known for portraying the role of Anthony Hope in a British-American musical period horror film, "Sweeney Todd: The Demon Barber of Fleet Street". Bower is also the lead vocalist, guitarist and founding member of the band, Counterfeit. He is quite ambitious and hardworking, his current relationship status is possibly single.

Jamie Campbell Bower was born James Metcalfe Campbell Bower on November 22, 1988, in London, England. He is the son of Anne Elizabeth (née Roseberry), is a music manager, and David Bower works for the Gibson Guitar Corporation. 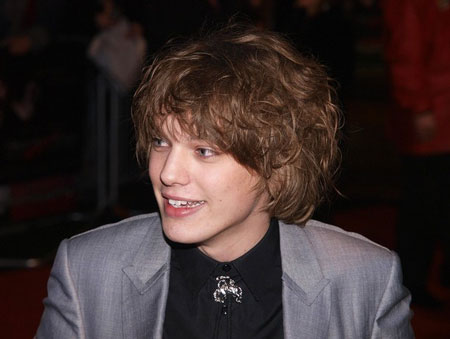 Bower is British and belongs to the White ethnicity. His maternal great-great-great-great-grandfather, Late Sir John Campbell was Lieutenant Governor of Saint Vincent and the Grenadines. He has a younger brother, Samuel Bower who is a guitarist.

Bower attended Beadles School in Hampshire. During his school days, he auditioned for Harry Potter but failed to make to the finale. He told a joke about Christmas tree during his audition. Later, he joined  National Youth Music Theatre and the National Youth Theatre.

Jamie Campbell Bower started his career as a part-time model with  Select Model Management in London. He made his feature film debut in 2007 with Sweeney Todd: The Demon Barber of Fleet Street as Anthony Hope. After a year, he appeared in two movies, RocknRolla and Winter in Wartime.

Bower won National Movie Awards in 2011 in the category of "One to Watch: Brits Going Global". In 2014, he earned Teen Choice Awards nomination for his role in The Mortal Instruments: City of Bones. 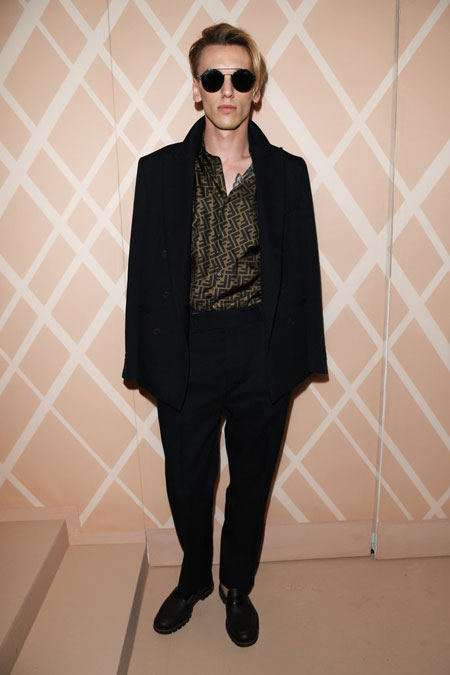 Some of his screen credit includes Harry Potter and the Deathly Hallows – Part 1, London Boulevard, Anonymous, The Mortal Instruments: City of Bones, Sodor's Legend of the Lost Treasure, Camelot, Thomas & Friends and others.

In 2015, he made his stage debut with Bend It Like Beckham. The same year, he co-founded an English punk rock band, Counterfeit. He served as the lead vocalist and guitarist in the band. In March 2017, the band released their first album, Together We Are Stronger.

His most recent screen appearance was in TNT series Will as Christopher Marlowe.

Jamie Campbell Bower is one of the prominent English actor, singer, and model. His estimated net worth is $3 million but no official confirmation has come about it.

Some of the lead stars from TNT series, Will collected $150k per episode. Bower is also one of the regular cast, so he might earn the same amount.

Bower was part of the some highest grossing movies like,

Jamie Campbell Bower is reportedly in a relationship with a woman named Ruby Quilter. Earlier this August, he shared a picture with this lady. Both of them looked cozy and comfortable with each other.

Many of his fans even wished him best of luck and already started shipping both of them. Well, the duo seems so much in love and we are sure they will remain together.

Previously, he was engaged to actress Bonnie Wright. The duo first met in 2010 on the set of Harry Potter and the Deathly Hallows - Part 1. After a year, they confirmed their engagement but due to some personal reason they amicably called off their engagement in June 2012.

Soon after his break up with Wright, Bower found a love in Burberry model Matilda Lowther. The duo started dating in 2013 but have split and come back together at least once in those three years. In 2017, the duo attended London Fashion Week in matching dress which was all-black ensembles.

Bower dated fashion designer and actress, Zoe Graham in 2007. Even, he models for her collection as well. However, the couple failed to handle their love life and split apart in 2009. He also shared a romantic relationship with actress Lily Collins but the relationship couldn't resist for a long time and called it quits in October 2015.

In January 2018, there were rumors of Bower and Lily patch up as they refollowed one another on Instagram and they have been liking all of each other’s photos. However, no official confirmation has come about their reunion. 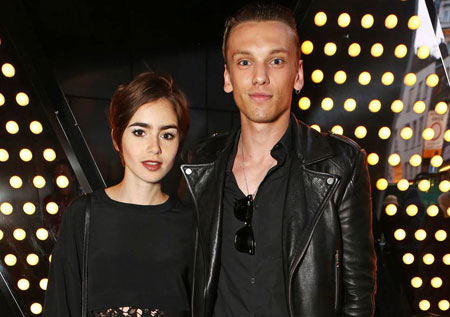 Bower is a great music fan, one of his favorite songs is Marlene by Lightspeed Champion. In 2009, he named his album of the year,  "Only Revolution". He also attended Burberry's return to London Fashion Week catwalk.

Bower is quite active on social sites as well. As of 2018, he has more than 684k followers on Instagram and 875k followers on Twitter.

He is a good friend of the actress, Laura Michelle Kelly who introduced him to her agent. She played a vital role in his career growth.

Check out the video of 30 Quick Questions with Jamie Campbell Bower,