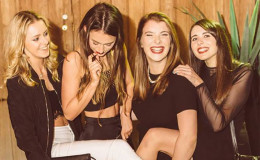 So, after checking out our list of top 12 eligible bachelorette in Hollywood, you all guys might be thinking to get married to one of them and for the girls, don't forget to check out our popular list: Meet the top 10 eligible bachelors in Hollywood who are ruling over the hearts of every single woman out there

One of the great things about Hollywood is the long lists of A-list beauties that have risen this industry's fame and popularity to the next level.

Their hot bodies, stunning good looks and successful career will easily raise the temptation of all of us to be like them.

Well, this is not even the better part of this section. The best part is that a number of these knockouts are still single as no man has ever dared to ask these gorgeous ladies the big question.

Today, MarriedWiki has compiled a list of 12 of the most eligible bachelorettes- Rachel McAdams, Selena Gomez, Priyanka Chopra and much more in this digest. Find out if your favorites have made it to the top too or not!

The exceptionally talented and gorgeous 27-year-old British actress and model, Emma Watson is every guy's childhood crush as her most popular movie series "Harry Potter" won her millions of fans. 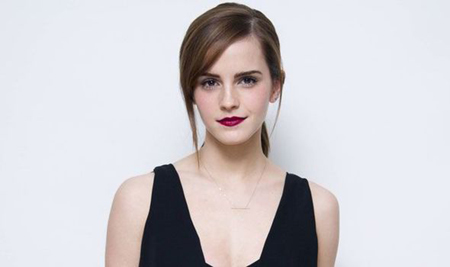 Her dating history reveals that she has had a lot of boyfriends as it's obvious because of her hotness. Emma was even rumored of dating her Harry Potter series co-star Daniel Radcliffe but it was just someone beating around the bush.

#Repost @calvinklein with @repostapp. ··· At the #metgala, actor + activist @emmawatson in a custom Calvin Klein Collection look designed in collaboration with @ecoage and made from sustainable cotton, satin, and taffeta woven from recycled plastic yarn. #mycalvins #manusxmachina

As for now, Emma stands out as Hollywood's most sought after eligible bachelorette and her new movie "Beauty & the Beast" alongside Dan Stevens is releasing soon and we expect all of you guys to go and watch it.

If you'll are crazy fans of the hit HBO drama series "Game of Thrones" then you sure have been impressed by the outstanding role of the beautiful British actress Emilia Clarke.

The HollywoodReporter.com claimed that she has become one of the highest-paid actors on television, receiving $1.1 million per episode of the series. 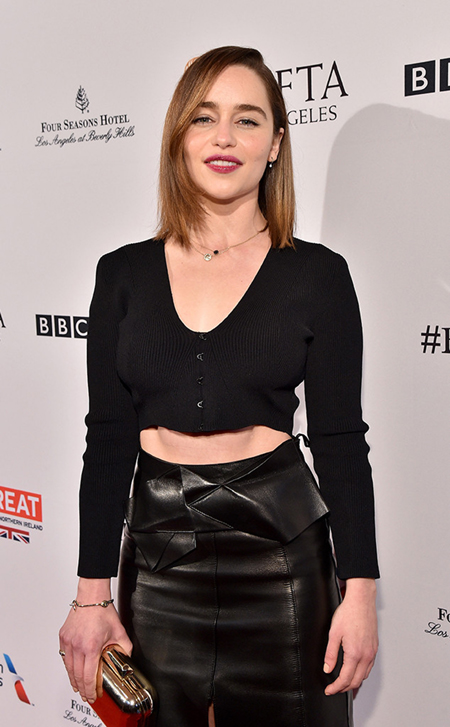 Named as Esquire's "Sexiest Woman Alive", Emilia is truly a knockout but her dating history tells a different story.

She once dated American TV producer Seth MacFarlane but broke up after three years in 2015. Since then, she has remained single and one of our top 12 hot eligible bachelorettes.

Starring in A-list movies such as "The Ballad of Jack and Rose", "When a Stranger Calls", "10,000 B.C.", "Push" and so on, the stunning American actress Camilla Belle, is Hollywood's one of the popular versatile actresses and eligible bachelorette too as she has not still tied knots yet. 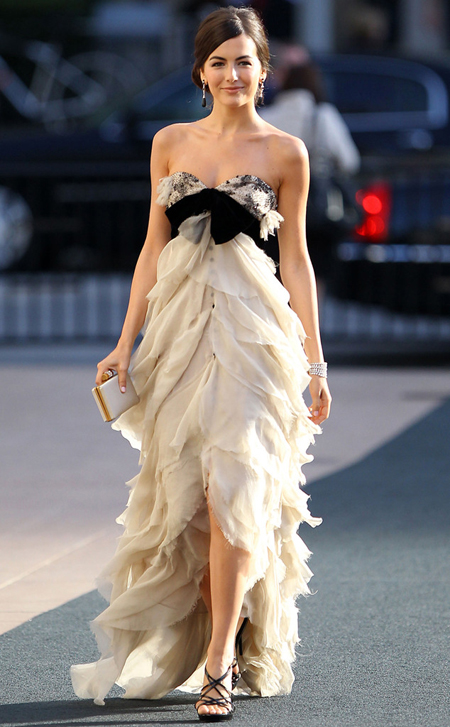 She began her relationship with famous singer/actor Joe Jonas after starring in his band's music video for the song "Lovebug". But the two ended their relationship after dating one year in 2009.

@jennifer_smith_hale !! It was such an honor presenting you with the Visionary Award at the @ps_losangeles Winter Gala. So deserved ! ???? #aboutlastnight #pslawintergala

One of the most popular female recording artists, Taylor Swift undoubtedly lands as the Hollywood's top 12 eligible women.

Starting her career with her debut song "Love Story", she stole spotlight in the music industry and her singles such as "We Are Never Ever Getting Back Together", "I knew You Were Trouble", "Blank Space", "Bad Blood", "Shake It Off", crossed millions and bagged her three Grammy Awards. 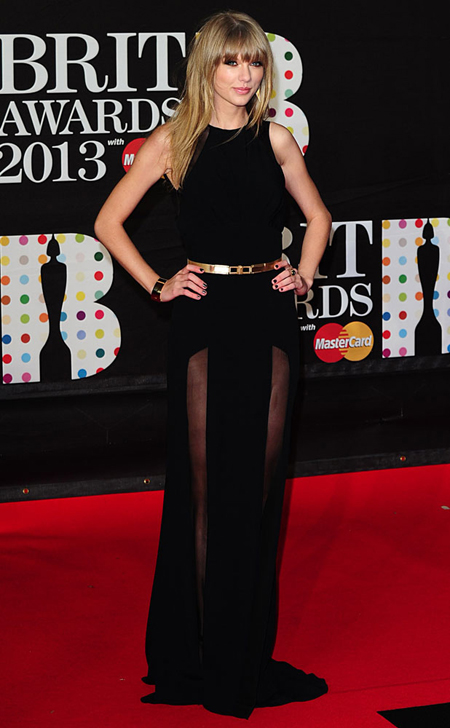 And for now, she's single and the most eligible bachelorettes in Hollywood.

Here's a video of Taylor explaining on The Ellen's Show talking about her dating life.

The "Pretty Little Liars" Tv series hot actress, Shay Mitchell is a big fish to catch by any man cause her hotness is beyond comparison.

Recently, news of Shay dating the handsome Chicago Bulls Player Jimmy Butler has hit the charts off, because the pair is really adorable! 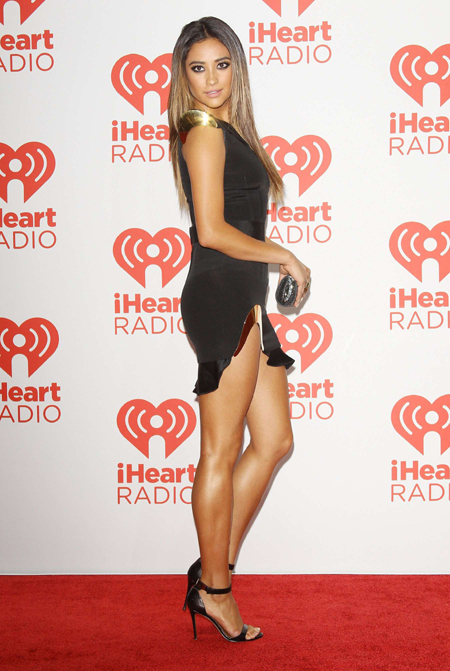 Although there has not been any big announcement of the duo making it to the aisle, Shay still remains our top 12 most beautiful and eligible bachelorette of 2017.

Calling the gorgeous and versatile actress Priyanka Chopra just a Bollywood actress would be unfair. Priyanka has outstandingly risen to international fame.

Currently, she's a famous international personality and even named as Time magazine's "One of 100 most Influential people in the world." 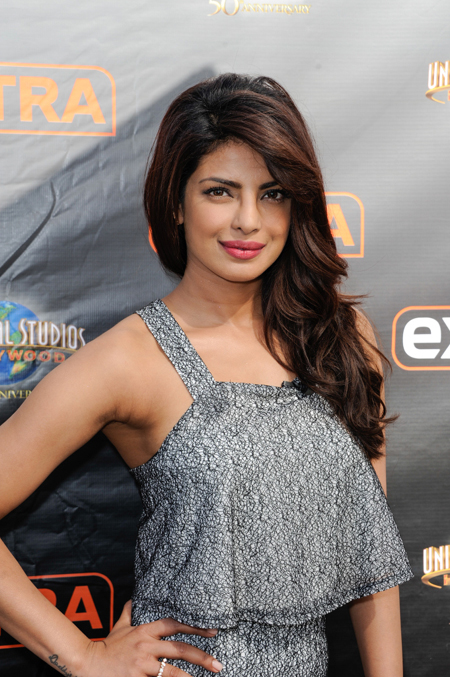 Her hit thriller drama ABC series "Quantico" has won hearts of millions of fans worldwide and now most recently Priyanka is everyone's hot topic to discuss as she's starring as a lead in popular American TV series remake "Bay Watch".

Alongside the sexiest actor Zac Efron and former wrestler and actor Dwayne Johnson.

Must See: Baywatch co-actors Alexandra Daddario and Zac Efron are rumored to be dating each other

This superstar is also rumored to be secretly dating American actor Tom Hiddleston as they were seen flirting crazy with each other during the Emmys, as reported by HollywoodLife.com.

Could they be dating each other? We would really love to see that!

Well as for now, Priyanka lands as the most desirable and eligible woman in Hollywood and no. 7 in our top 12 list.

Her songs will make your feet dance and her extremely attractive face and bold personality will make you her fan instantly and she's the famous international singer, Katy Perry.

Her top charted and hit songs such as "Teenage Dream", "Hot n Cold", "Firework", "E.T.", "The One That Got Away", "Wide Awake", "Part Of Me" and so on has made her career skyrocket since the past ten years. 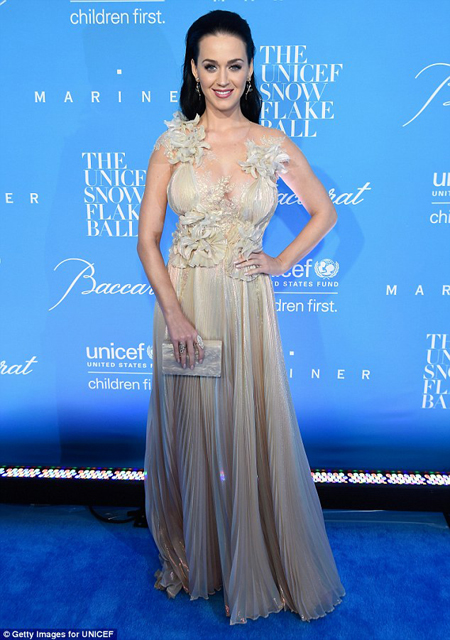 Forbes named Katy Perry as the world's highest-paid woman in music with a total net worth of $135 million back in 2015.

Katy married the popular British actor/comedian Russell Brand after dating for a couple of years but later got divorced just after 14 months of marriage.

Robin Rihanna Fenty, popularly known as "Rihanna" is one hell of a sexy singer that can make any man beg for her.

The singer, actress, fashion designer and businesswoman, Rihanna is one of the most sought after eligible bachelorette in the industry not only because of her beauty but also her success. 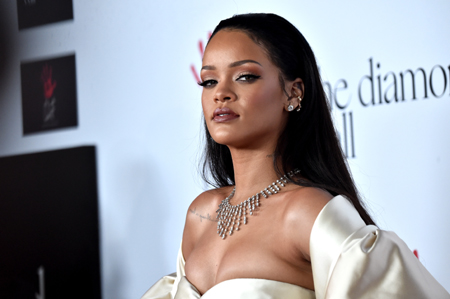 Rihanna's hit songs include her first debut "Umbrella", "Take a Bow", "Hate That I love you", "This is What You came for" and so on.

She's currently dating the singer/rapper Drake and rumors has that the two are planning to tie the knots. Whatever the situations be, Rihanna still lands as the eligible bachelorette in our top 12 list.

One of the most well known and iconic actresses of 1990's Winona Ryder, is still gorgeous at the age of 46 and has not ever been married!

She has been involved with Hollywood's gorgeous and super successful actors such as Jhonny Depp with whom she was even engaged to but not married. 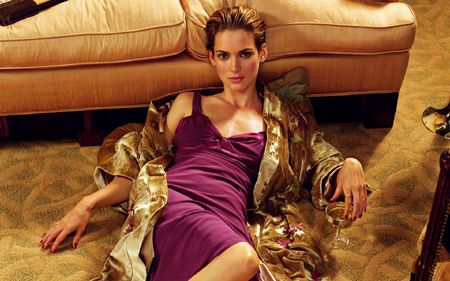 As for now, the stunning actress is dating boyfriend Scott Mackinlay Hann and the duo has decided "not to get married" as they are happy with their relationship the way it is. Winona's new TV series

Winona's new TV series "Stranger Things", has made her much popular and she's back in the show business and has topped this chart as no. 4 on our list.

Emma Stone is one of the most talented young actresses in Hollywood and let's not forget to appreciate her beauty and charismatic personality on-screen as well as off-screen.

Her first lead debut "Easy A", earned her a Golden Globe Award for Best Actress and her outstanding role with co-star Andrew Garfield in 2012 superhero film "The Amazing Spider-Man", gained her wider recognition worldwide. 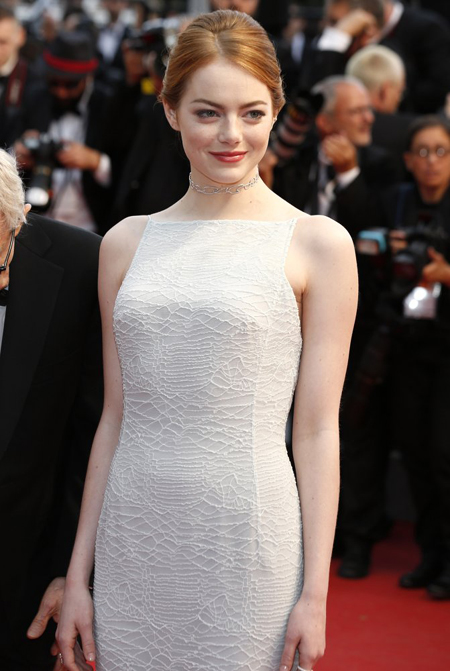 Not only that, she came on spotlight when she and her co-actor Andrew Garfield publicly announced that they were in a relationship.

But this matter seems to be going on and off and the beautiful actress is Hollywood's most sought after eligible bachelorette till now.

It's okay to be a glow stick. Sometimes we have to break before we shine ??

Her recently released hit musical movie "La La Land", has even earned her prestigious awards such as Golden Globe Award for Best Actress and SAG Awards for Oustanding Performance.

The knockout actress Jennifer Lawrence is a famous American actress and since 2015, Lawrence has been the highest-paid actress in the world, and her films have grossed over $5 billion worldwide. 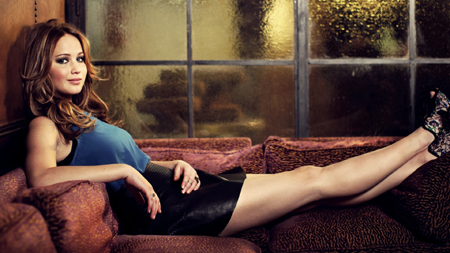 The "Hunger Games" film series brilliant actress was recently rumored to be dating the "Passengers" movie co-actor Chris Patt that created a huge bustle on the media.

Later, the rumors were falsified and now Jennifer is not dating anyone and remains the top most sought after eligible bachelorette in Hollywood.

Must See: Anna Faris is insecure because of the dating rumors of husband Chris Pratt and actress Jennifer Lawrence

She is the one you would not want to miss out on our top 12 list. Rachel McAdams is the most beautiful, talented, versatile and brilliant actresses in Hollywood and she never fails to impress us with her dazzling smile and amazing personality. 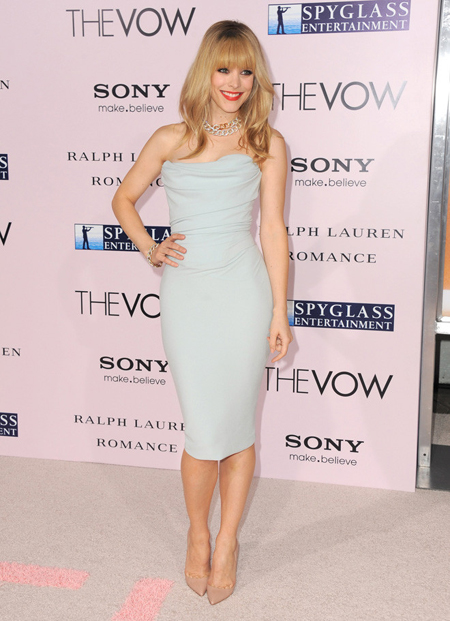 The duo has not tied knots and lands as the number one in our list today.

For more information: Rachel McAdams and Jamie Linden are dating. Know about their relationship.

So, after checking out our list of  top 12 eligible bachelorettes in Hollywood, you all guys might be thinking to get married to one of them.

And for all the beautiful girls out there don't forget to check out our popular list: Meet the top 10 eligible bachelors in Hollywood who are ruling over the hearts of every single woman out there